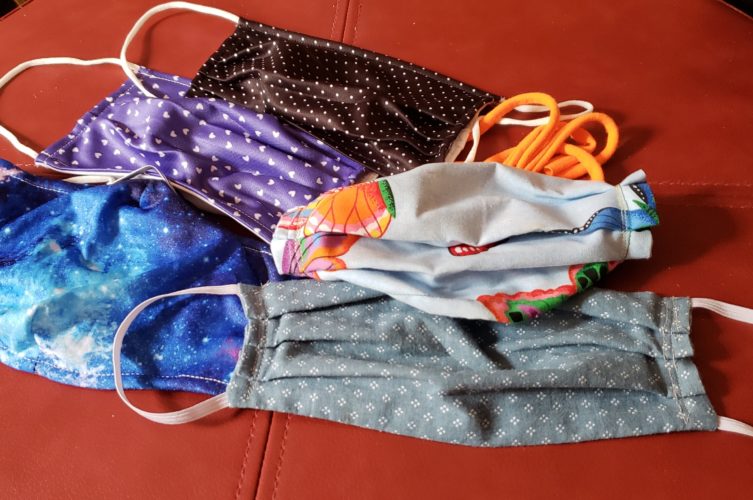 On May 6, Gov. Charlie Baker issued an executive order mandating that anyone age 2 or older wear a mask in all public places. The only exception was social distancing of at least 6 feet or a medical condition making it difficult to breathe under a mask or unable to take it off independently. This was an extreme measure to take, but we are living with an infectious virus resulting in illness and death in unprecedented numbers. To date, Massachusetts has had 103,858 cases with 5,285 deaths. Berkshire County has had 597 cases with 44 deaths. With the mandate came resistance and rebellious outcries heard locally and nationally. However, masks are necessary and do work on flattening the curve. So why is there such resistance?

A history of rebellion

Our country was founded on the idea of rebellion, fighting for freedom against oppression. Today, instead of tea being thrown overboard, masks are tossed aside. Therefore, individuals may argue that because of our roots, Americans are naturally going to rebel against being told what to do. A good example of our country’s aberrant behaviors was during the 1918 flu pandemic where rebellious outcries against wearing a mask were made known. Historians have reported that those Americans were labeled “dangerous slackers.” Some of the reasons they rebelled included “the mask is uncomfortable, it’s hot and stuffy, it could create fear in public places, it’s an infringement on civil liberties, customers won’t shop in the stores, unable to spit, and unable to smoke without poking holes in the mask.” Common punishments for slackers were fines, prison sentences and having your name printed in the newspaper. In addition, there was one instance in which a slacker was killed along with two bystanders by a government official.

Another example of an American rebellion involved the response to government oversight of wearing seatbelts. In the 1980s it became evident that wearing a seatbelt was becoming a public safety issue that no longer could be ignored after years of many fatal accidents dating back to the 1920s. However, historically, there was a great deal of resistance to the idea of wearing a seatbelt. In the 1980s, 65% of Americans opposed the law. People felt it was ineffective, inconvenient and uncomfortable. The debate also centered on whether or not “freedom was more important than saving lives.” Now, 40 years later, most of us don’t think twice about buckling up because we know it keeps us safe. Moreover, Ralph Nader, car-safety pioneer, pointed out that today’s mask situation is similar to reactions to other past government-mandated laws noting, “We are a very hard society to change cognitively.”

Unfortunately, there are those individuals who are known as anti-maskers determined to hold onto their beliefs not to wear a mask. Therefore, it is difficult to challenge their steadfast beliefs. Recently, in Palm Beach County, Florida, where the state’s COVID-19 cases shot up 205%, a hearing to mandate the wearing of masks was held. There was a litany of opposing arguments that was articulated by a small group of anti-maskers, who no doubt represented an even larger group. The common thread was related to religious beliefs. For instance one woman said: “God gave us the ability to breathe at birth. God, who regulates our breathing, will not be able to do so.” Another woman said: “Our rights come from God. It is God’s will. You are dancing with Satanism.” Other arguments: “It’s a communist takeover, freedom of choice is going to be taken away, masks kill people, it’s political dogma, human trafficking will happen, and pedophiles will harm children.”

In Milton, Florida, the mayor signed a mandate to wear a mask in public only to have it overturned by the town council. Milton is a small town and the anti-maskers provided two hours of testimonies as to why masks should not be worn in their town. Some of their reasons included “a violation of liberties, loss of revenue due to customer slowdown, lack of scientific merit, and a mistrust of what the government says.”

Furthermore, a retired nurse living in Michigan had this to say about wearing a mask: “It doesn’t make sense to wear a mask. Think about this. It just causes your own germs to circulate inside the mask preventing the virus germs from escaping; therefore, getting you infected.”

Overall, other arguments from anti-maskers are: “It infringes upon congressional rights”; “They are uncomfortable and inconvenient”; and “It violates the Americans with Disability Act.” Also, an anti-lockdown protestor compared it to slavery.

Based on what we know about the anti-maskers’ rationale, you could say they might have ornery personalities and are not community people. Furthermore, they might show little, if any, compassion to their neighbors, lacking empathy to help with the community based spread of COVID-19. Certainly, the anti-maskers’ arguments are fueled by beliefs that the average person may find difficult to accept or even find rational.

In addition, anti-maskers have been influenced by a lack of leadership from our elected officials, whose partisan differences has resulted in the rationale not to wear a mask. Unfortunately, aligning yourself with an elected official for guidance is a poor decision and the CDC recommends listening to the scientists such as Dr. Fauci, a member of the Coronavirus Task Force. Gov. Andrew Cuomo of New York said: “We cannot make this about politics. COVID-19 is non-partisan.” Now, with that said, key senators recently have come forward to tell Americans to wear a mask. There are, though, leaders — not only in Washington, but across the country — reluctant to do the same. This is especially troublesome in states where the virus has taken on a fierce vengeance, frightening the medical and scientific professionals. Meanwhile, some of the political arguments that feed the rationale not to wear a mask are that “the mask can stir up panic, it’s Un-American, it looks funny and undignified, unmanly, intrinsically weak, too far to the left, it makes me look bad, should be an individual decision.” However, have our leaders heard that, without a mask, “It’s like driving drunk on the highway without a seatbelt” (CNN.com)?

Arguments for wearing a mask

I think it is safe to say that most of us are suffering from quarantine fatigue and are exhausted from dealing with COVID-19. As the states including Massachusetts are reopening, some of us our shirking COVID-19 precautions and wishfully thinking the pandemic either is over or at least too far away to infect us. Sorry to say the virus hasn’t gone anywhere, and more than ever, we need to wear masks.

There are many reasons, scientifically based, that support wearing a mask during a pandemic that has taken 500,000-plus lives. The foremost reason is the mask blocks the virus-filled droplets of an infected person with or without COVID-19 symptoms. As reported on CNN, virus droplets expelled from coughing will travel 8 feet without wearing a mask and only 2.5 feet when wearing a stitch mask, the most common mask worn and the most recommended for the average person. Documentation based on scientific data also shows us that there is a 17.4% chance of transmission without a mask, and with a mask, it’s 3.1%. In addition, research scientists from the University of Iowa reported that 230,000 to 450,000 COVID-19 cases were prevented in states mandated to wear masks between April 8 and May 15. Finally, according to the CDC, 33,000 lives will be saved by October if masks are worn in public. It seems like an inconvenience is a small sacrifice to be made to save lives not only for our family members and friends, but our own as well.

In addition, the CDC, scientists, epidemiologists and infection control physicians advocate for good personal hygiene so as to mitigate the infection. Essentially, individuals need to take personal responsibility and vigorously wash or sanitize their hands, practice social distancing of 6 feet and, most importantly, wear a mask. According to Dr. Fauci, “We are part of the process.” Most of us have already heard all this and are adhering to this new lifestyle. Unfortunately, some of us are doing it begrudgingly and anti-maskers won’t consider wearing a mask even if fined.

Anti-maskers argue vehemently that their constitutional rights are being violated. Obviously the amendments are not pure and can be left to interpretation, and anti-maskers will look for loopholes that can be interpreted to support their arguments. However, the freedom and liberties the anti-maskers argue for can also undermine the same rights for those who wear masks.

The problem, however, is, in America, it can be difficult to convince citizens to wear a mask without hearing about their innate right to have freedom of choice. Because we are a democracy, it is difficult for our government to control us. Even though there are mask mandates, it is difficult to enforce compliance even when issuing fines. It is unfortunate that some Americans are obstinate and stubborn about wearing a mask and with the recent national surge, you’d think they would be more convinced than ever to wear one. If we could only follow suit with some of the methods of other countries that have successfully contained the virus without losing sight of our freedom, maybe we could at least mitigate the virus with greater success. Nevertheless, it is difficult to refute that our freedom and liberties are in jeopardy if we wear a mask.

I do not believe I am going to change the minds of those individuals who wholeheartedly believe that wearing a mask infringes upon their constitutional rights, goes against God’s will, questions government leadership or, even worse, replaces democracy with communism. However, there are many of you who can be reasoned with to understand the importance of wearing a mask and come to accept it as a way of life. If you pull the mask off thinking no one is looking, or you complain it’s too hot, it rides up, it fogs up your glasses, doesn’t look good, please remember the great words of Dr. Fauci: “If you get infected, you will infect someone else, and who will ultimately infect someone else.”

Finally, we need to come together and show compassion for each other. We tended to do that back in the day. We used to sit on the front porch and visit with our neighbors and were present when they needed our help. However, as time moved along, we retreated to our backyards to our newly built decks surrounded by fences that gave us privacy, shutting out our neighbors. Unfortunately, we eventually lost touch with our neighbors and became more involved with meeting our own needs at the exclusion of others. Right now, we need each other. We need to return to our front porches and be present and to help our neighbors by wearing masks. That is the only way we will be able to contain the virus without a vaccine. During John F. Kennedy’s inaugural speech he said, “ask not what your country can do for you, ask you can do for your country.” So help others, saves lives and wear a mask!