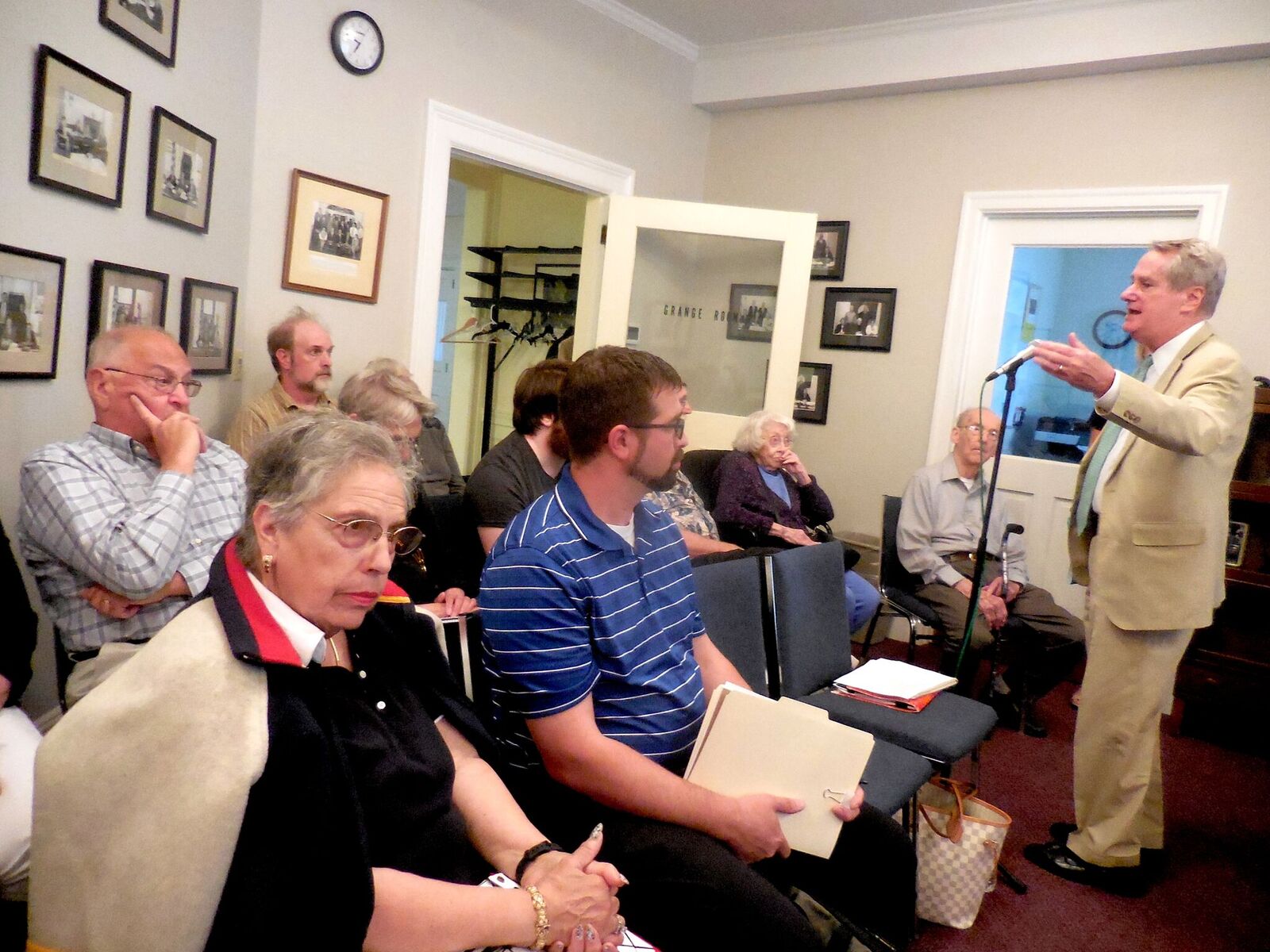 Lenox — Angry cable television subscribers in the Berkshires who are sick of local news about exotic places like Rensselaer and Schenectady might get relief if the county’s legislative delegation gets its way.

U.S. Sen. Ed Markey said last week he intends to file legislation in Washington that would move Berkshire County out of the Albany, New York, television market, where the Federal Communications Commission has placed it, and into the Springfield market.

Markey’s plans come on the heels of a letter he sent last month, also signed by U.S. Sen. Elizabeth Warren and U.S. Rep. Richard Neal, to the CEO of Charter-Spectrum, the cable company serving Berkshire County, and the chief executive of Hearst Television, which owns WCVB.

Charter recently dropped WCVB, an ABC affiliate in Boston, from its Berkshire County lineup. That move followed the company’s decision last year to stop carrying WWLP in Springfield, an NBC affiliate. The dropped channels, Markey says, will affect “16 communities and thousands of Charter Cable subscribers in the Berkshires.”

That left Charter subscribers with few options for television coverage of state news. The Albany stations rarely feature news in Berkshire County and almost never cover anything from the State House in Boston, where the state’s lawmakers work and the sausage gets made.

“Without these stations, Berkshire County residents lose access to Massachusetts-specific information that matters to them, including Boston sports and news from their state capital, which is not reported on by an Albany station in New York,” Markey’s letter said.

Last year, when WWLP was pulled, Markey, Warren and Neal also wrote letters to Charter urging the company to keep WWLP in its lineup but to no avail.

The decision to drop WCVB was the last straw for Charter subscribers, who, since the company acquired Time Warner Cable two years ago, had already been complaining loudly about rate increases and service changes.

“This is the second time the cable company has eliminated access to broadcasting that allows them to keep up with Massachusetts news, sports, culture, and government,” the petition reads.

But Markey’s stated intention to propose legislation on the federal level to address the situation raises the profile of the issue and perhaps signals a new era. While serving in the House of Representatives from 1976 to 2013, Markey was an advocate for cable regulation as a ranking member of the Subcommittee on Communications and Technology and, as a senator, he was active in the movement to preserve so-called net neutrality.

At last night’s meeting (June 12) at Lenox Town Hall of the Five Town Cable Advisory Committee, which advises Charter on operations in its southern Berkshire franchise area, committee Chair Linda Miller was unusually upbeat about the possibility of change.

“They told us awhile back that if you want to fix this problem … that we have to get the FCC to change it,” Miller said.

Miller noted that Berkshire County comprises a large geographical portion of Neal’s 1st Congressional District, so “he fully understands our situation.” Neal lives in Springfield, where he was mayor for six years.

“So guess what?” Miller continued. “We started making noise and we got the rest of the state to make noise for us.”

Two officials from Charter, Melinda Kinney and John Fogarty, were on hand to provide answers from the audience members who peppered them with questions. “I don’t live in New York” and “We want Massachusetts news” were common complaints.

Miller added that the situation is not without precedent. In February, the FCC approved petitions submitted by the West Virginia county commissions in Monongalia and Preston counties to make West Virginia-based television stations available for satellite providers and their customers in that state. Previously, those customers had only been able to view Pittsburgh stations. Click here to read the FCC’s opinion and order on that matter.

Fogarty, an in-house corporate attorney for Charter, which is based in Stamford, Connecticut, explained that the company was required to carry broadcast network affiliates and, since Berkshire County is in the Albany market, then the Albany station is the one that’s carried on the cable systems in the county.

Indeed, Berkshire County is in the Albany designated market area, as the FCC calls local television markets. The decision to place the Berkshires in the Albany DMA was made before cable when most people watched television channels that broadcast over the air.

But audience members at the advisory committee meeting wondered why both WCVB and WWLP could not be kept on the channel lineup along with the Albany stations. Kinney told them it did not make economic sense for the company to keep channels in the lineup that offered mostly “duplicative programming.”

The aforementioned petition against Charter takes a different view on the subject: “While under FCC guidelines it is legal for the cable giant to only offer one broadcast affiliate, there is no rule against giving Berkshire consumers access to both NY and MA channels — and for decades that is what has been done.”

Other audience members asked Fogarty why, even as the company was removing the two channels, it has raised rates since closing in 2016 on its $65 billion acquisition of Time Warner Cable. Fogarty blamed increases in prices from content providers.

While Fogarty did not mention the network by name, media reports have pointed to ESPN, which is the most expensive non-premium channel for cable companies to carry. In justifying the rate increases, Charter officials have at other times blamed the poor condition of the network they inherited from Time Warner. It’s likely that many frustrated former Time Warner customers in Berkshire County would not quarrel with the latter assertion.

The Markey bill notwithstanding, Miller urged Charter customers to keep up the pressure on lawmakers and regulators.