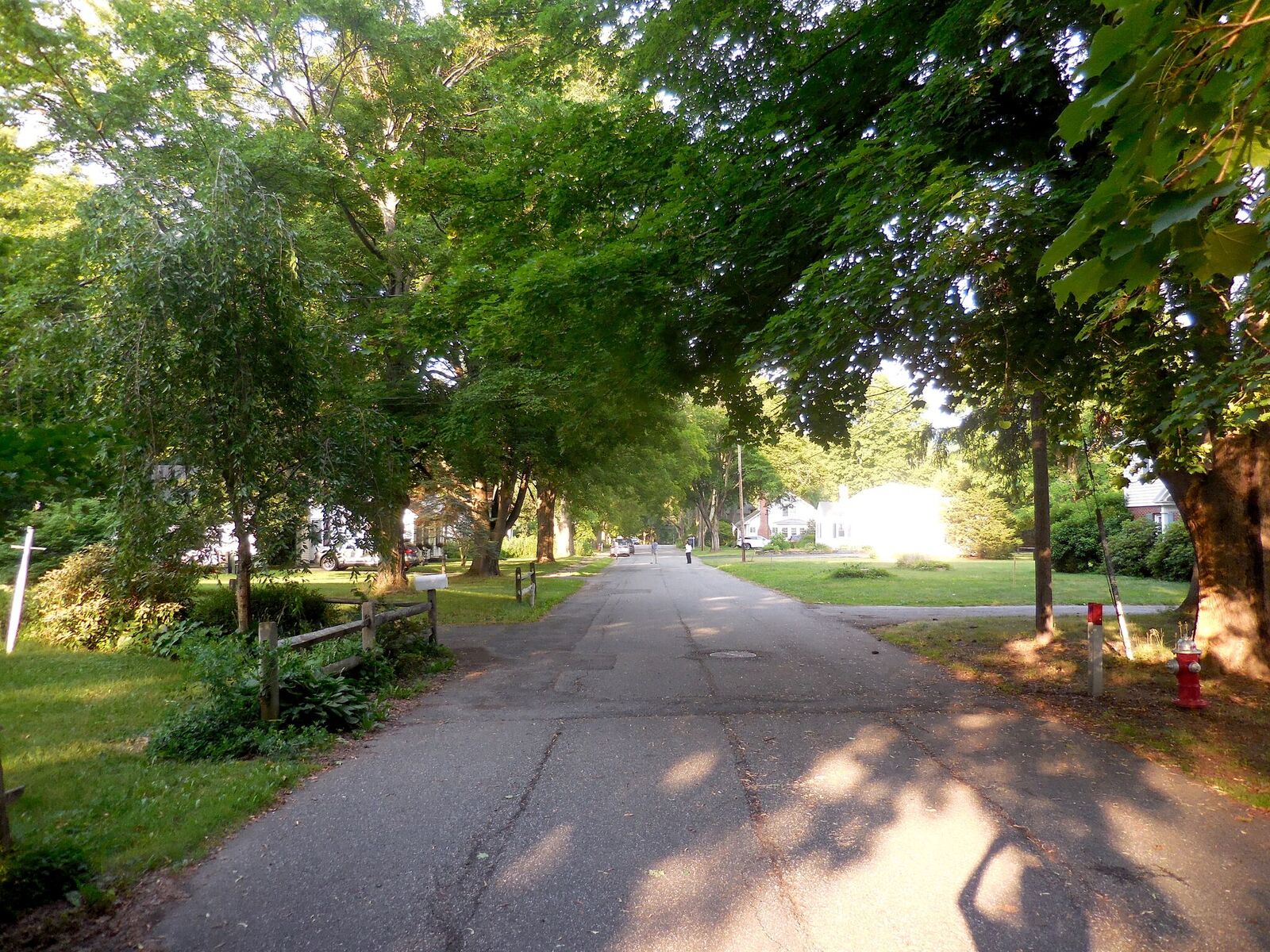 Great Barrington — A proposal by a local developer for a rental complex in a quiet neighborhood on a South Main Street side street has been met with opposition, but it appears there is little neighbors can do to stop the project, which the developers say was spurred on by “an absolute crisis” in the local rental market.

Framework Properties, which most recently completed the 47 Railroad Street project in downtown Great Barrington, has plans for three 15-unit apartment buildings with retail spaces at the end of Manville Street, a short dead-end road with a handful of homes. Most of the homes on the south of the street abut the Beechwood Apartments on Silver Street. The apartments would be one-, two- and three-bedroom and would start at $1,200 per month, a few hundred dollars less than 47 Railroad.

The neighbors, 12 of whom detailed their concerns in a recent letter to the Edge, attended the session. Those worries include increased traffic, more noise, loss of “mature trees,” and the inevitable headaches caused by construction and additional residents as a result of what Rasch and Nickerson are calling “Manville Place.”

Last night they learned the history that led to their current plight. Town planner Chris Rembold told them that, two years ago, voters approved a change in zoning in that neighborhood, which includes not only Manville but Pope, Mahaiwe and Silver streets.

See Edge video below of the Manville Place community meeting in its entirely:

Before the change, the neighborhood was zoned for business (officially B-2), which would have encouraged commercial strip development and which would have opened the door to far more intrusive projects than Manville Place.

“We thought, if that happened, it would be a real detriment to South Main Street,” Rembold said. “That was a primary consideration in rezoning.”

“Over the course of two to three years, we did the plan whose goals are to preserve green spaces, open space, farms, ridgelines … but at the same time preserve and reinforce the village centers and residential neighborhoods that make us such a strong community of neighbors,” Rembold explained.

The Manville neighborhood had been zoned for business since at least 1960. That means the homes within the district are nonconforming. Those homeowners would have to go through the expensive and time-consuming process of obtaining a special permit to build an addition or even add a deck.

A special permit might not sound like a big deal, but it definitely is. Special permit applications are often complicated and difficult for the layman to complete. So in order to build a simple $1,500 deck, a homeowner might have to hire a lawyer or consultant to complete the application and represent the homeowner before the zoning board of appeals, which would hold a hearing, consider the application and grant the special permit, attach conditions to it, or reject it altogether—all while the lawyer’s meter is running. That could double or triple the price of a small project such as a deck.

“We thought that was a real problem,” Rembold said.

The town needs development—sometimes characterized by the state Department of Revenue as “new growth“—in order to pay for such things as schools and infrastructure, the costs of which march inexorably upward. But it wants to discourage unsustainable or undesirable sprawl. And it wants to support walkable neighborhoods and green spaces.

So Rembold and the planning board proposed a new zoning designation for the Manville neighborhood that would encourage mixed-use development rather than “commercial sprawl.”

The mixed-use transitional zone (MXD) was created. Click here to see the description of the zone in the town’s zoning bylaws. Its stated goal was to “preserve and enhance the mix of residential and retail uses, to maintain the existing character of the area, and to bring existing uses and structures more into compliance with the Zoning Bylaw, thereby facilitating a variety of business and housing opportunities within walking distance of the Town’s downtown core.”

The new bylaw was approved with little resistance at the 2016 annual town meeting. It made mixed-use development allowable by-right in MXD rather than by special permit. Indeed, another new zone was created at this year’s annual town meeting in May. Much of State Road, which had also been zoned B-2, was rezoned as B-2X.

The master plan also supports so-called “infill development,” which is typically defined as “increased density of development, and the adaptive re-use of existing buildings,” which results “in efficient utilization of land resources, more compact urban areas, and more efficient delivery of quality public services.” Rembold added that Manville Place would use existing road, water and sewer infrastructure—in contrast to the suburban model of developing outwards and building new infrastructure.

Perhaps the most dramatic and illuminating part of the community meeting was Nickerson’s discourse on rental housing in Great Barrington. He said when Framework first proposed the 47 Railroad Street project, which included only 13 market-rate apartments, he learned that it was the first building permit taken out in the town for a structure containing more than four apartments since 1990.

Nickerson said he and Rasch have visited several rental complexes in Great Barrington over the last two years and characterized some of them as “shockingly disgusting.”

“So a whole generation went by and nothing was built; its been an entire generation of disinvestment,” Nickerson said. “What has happened in our community is that, for rental housing, it’s just an absolute crisis.”

Consequently, Nickerson added, landlords have no incentive to renovate or otherwise improve their properties because “everything is full.”

“As a community, we’re going to be in catch-up mode for quite a while, especially since the demographics are changing, as well. We’re getting an aging population.”

Part of the Manville Place plan was to have a retail component. In an earlier meeting with residents, Rasch and Nickerson had suggested a coffee shop or a gym. But the residents at last night’s meeting were unenthusiastic about either, mostly because of increased traffic. Plus, there is a Dunkin Donuts just around the corner on South Main.

Nickerson told the group that he and Rasch were primarily interested in the housing component anyway. Rembold said if the proposal included only apartments, then a special permit night be needed since it would not be considered mixed-use.

Residents reiterated their concerns expressed in the aforementioned letter to the Edge. Some wanted the number of apartment units reduced from 45 to something considerably smaller. Others were concerned that preliminary plans only called for 45 parking spots, the same as the number of units.

Both Rembold and Rasch assured them that they would have plenty of opportunities to speak up during the site plan approval process with the planning board. That process will include a presentation of architectural renderings and at least one public hearing examining such issues as traffic studies, lighting, parking, security, landscaping, drainage and utilities.

Rasch said he and Nickerson will likely file the site plan with Rembold’s office “within the next month or so.”

“What we’re committed to is trying to create a project that we think fits within the context of that neighborhood,” said Rasch, who encouraged neighbors to attend the planning board hearings. “We don’t want to have some huge monolithic building there that has no rhyme or reason to everything around it.”

About 20 residents of the Manville Road neighborhood attended, along with town officials including selectmen Steve Bannon, Bill Cooke and Ed Abrahams, and planning board members Brandee Nelson, Pedro Pachano and Jeremy Higa.