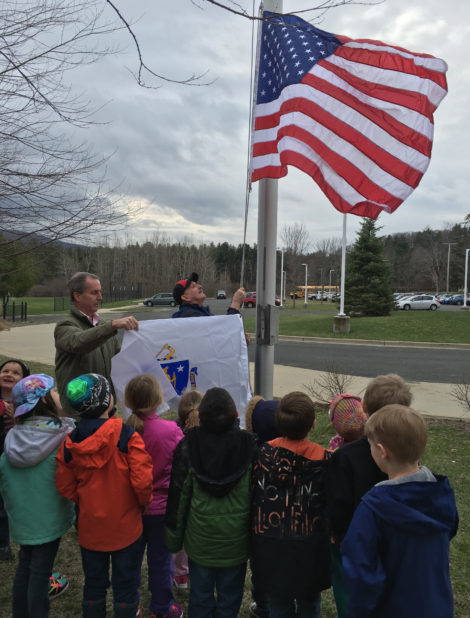 As a class, they did an inpection tour of their school grounds to see what improvements were needed, and at the front entrance they noticed that the American flag that waved proudly from the flagpole in front of the school was a bit tattered, having endured a number of years of Berkshire weather.

Back in their classroom the kindergartners wrote a class letter to Pignatelli, asking the legislator whether he could help replace what their letter called “the important symbol of our country.”

“He told us to try to solve problems and to make our community better,” observed Salinetti, “so we walked around the school. We thought he could be a help with the flag, and then he wrote back – to our surprise.” 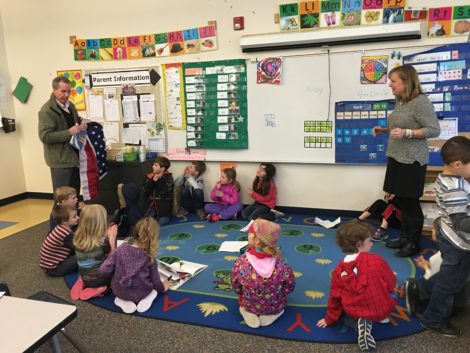 Pignatelli received the their letter – as well as individual notes from students – on Thursday (April 7), and on Monday (April 11) he visited the classroom again, this time bringing with him a new American flag as well as a new Massachusetts State flag.

“This is all about making a difference,” he told the class. “It’s all part of being a community.” 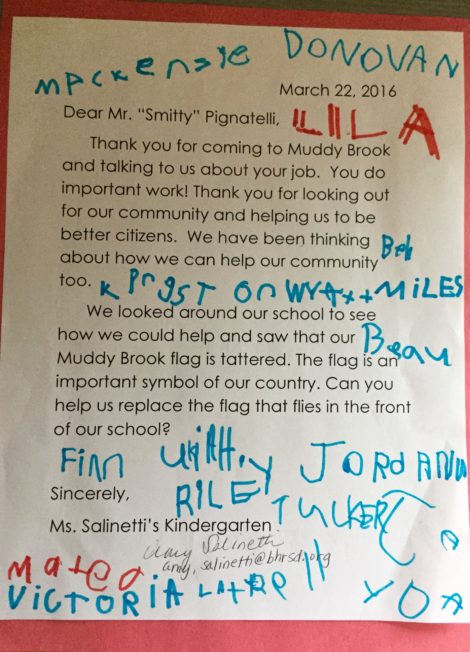 And with that the children donned their jackets, for the weather was a chilly, and filed upstairs and out the entrance to the flagpole.

After saying the Pledge of Allegiance, Pignatelli, with the help of custodian Ed Shaw, took down the old flags, carefully folding them so they did not touch the ground. The new flags were snapped in place, and raised, where they stretched out and stepped lively in the brisk breeze – as students clapped. 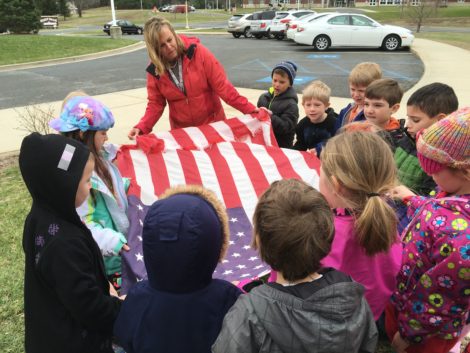 With the assistance of Amy Salinetti, her kindergarten class folds old flag that has been removed from the school’s flag pole.