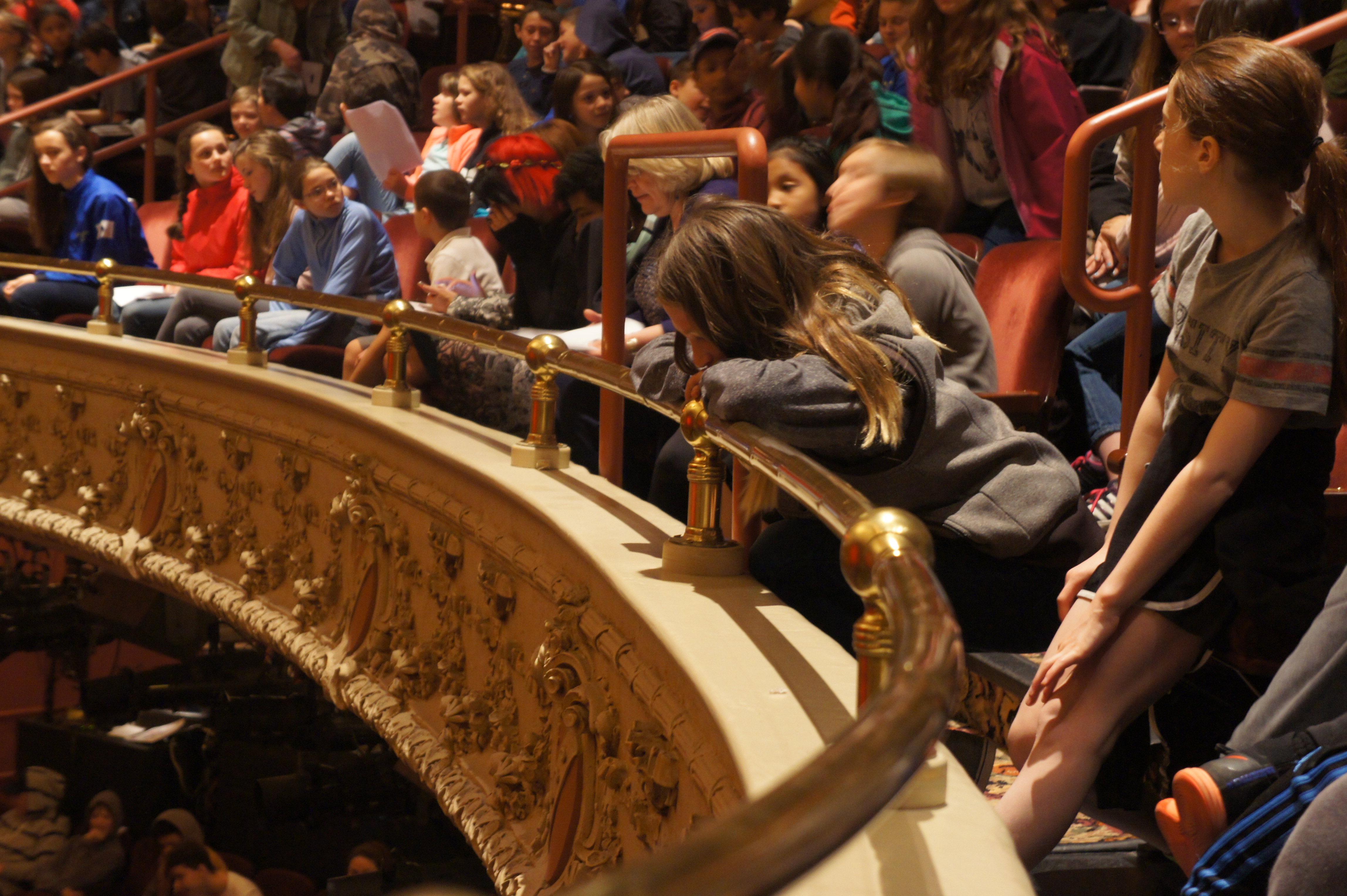 Great Barrington — On an otherwise unremarkable spring morning, while 4th graders across Berkshire County sat for the first of five days of MCAS testing, 640 students and teachers from nine different school groups found themselves converging at the Mahaiwe Performing Arts Center April 10 for a glimpse of the world beyond the Berkshire Hills. The world-class live performance by the Golden Dragon Acrobats marked the theater’s last school-time field trip of the year, a moment that served as a very tangible symbol of the myriad moving parts needed to provide well-rounded and robust learning opportunities for school age children beyond the confines of a classroom.

According to Beryl Jolly, Executive Director at the Mahaiwe, “the excitement, curiosity and enthusiasm is always contagious,” she said of the more than 17,000 students from 57 schools the Mahaiwe has hosted since the program began just a few years ago. “Our goal is to share these performing arts experiences, engage students with their own unlimited potential, unleash their imaginations, and inspire their spirits,” said Jolly who noted that “when the learning comes alive, it resonates on a really impactful and memorable level [for students]”.

The school-time programs — lauded as some of the favorite days for staff at the Mahaiwe — bring both the world to Great Barrington and draw together students from all walks of life who don’t often find themselves in the same room. On Monday, students hailing from Undermountain Elementary, Monument Valley Regional Middle School, Conte Community School, Herberg Middle School, Berkshire Country Day School as well as a homeschool group from Williamstown and students from Vermont converged to watch a show unfold that was as much about collaboration and facing challenges as it was entertainment.

That the performers on stage were acrobats was fitting. Their exquisite demonstration of balance, precision, concentration, determination, and teamwork was visibly symbolic of the behind-the-scenes process of education. The acrobats, who represent the best of a time-honored tradition that began more than 25 centuries ago in China, worked both individually and in groups to make a statement: the successful execution of any act — particularly those that are seemingly daring — is almost always made possible by planning, teamwork, and a whole host of spotters poised to step in if you fall.

The audience was happy and engaged throughout the high energy show and watched with rapt attention as, one after another, the acrobats tackled feats of athleticism, stamina and perseverance. What stood out was not their perfection — as at several points they stumbled — rather their reliance on one another to give it another try and to get it right. This lithe spirit resulted in a show built on challenges and complexity rather than conventional expectations. The climax of the show came in an act called, “Tower of Chairs” where a single male acrobat built a tower of six white painted ladder back chairs, perched rather precariously one on top of another, before ultimately balancing himself atop the tower in a single-arm plank. The kids went wild, whooping and cheering, and eventually gave him a standing ovation. It was striking to watch the performer proceed nonplussed by the risk involved; his apparent confidence came from the stability of the foundation he had built for himself and those surrounding him to offer support.

The highly intricate orchestration necessary to bring robust programming to area school children — programming that is not only affordable but that also complements what is happening in the classroom — was apparent in the line of yellow school busses that snaked along Castle Hill Avenue at the program’s conclusion. For Jolly, the events are just as much about “[creating] community-building in our region as well as individual engagement with the arts for youth.” She was quick to point out that for many in attendance, an opportunity such as the moment presented by the Mahaiwe is a student’s first theatrical experience.

Mahaiwe education programs offer world-class theatrical experiences to students from throughout the tri-state region through both in-school workshops and residencies, and live performances of dance, theater, and music at the theater as field trip events. It is an important component of the Mahaiwe’s mission to support the community by incorporating arts and humanities into education outreach. The Mahaiwe’s presentation of the Golden Dragon Acrobats was made possible by Berkshire Bank, Cain Hibbard & Myers, The Feigenbaum Foundation, the Dr. Robert C. and Tina Sohn Foundation as well as the Massachusetts Cultural Council. For more information about future field trip events contact Judy Reinauer, Education Coordinator, at 413-644-9040 x103 or education@mahaiwe.org. 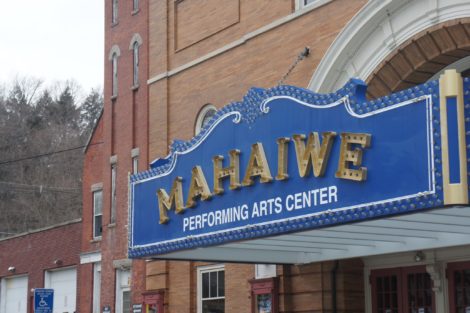 “When I think of diversity in the Berkshires, I think of a range of life stories from a multitude of backgrounds, generations and perspectives across this rural, expansive county” said Jolly. “This region, like the world, is always changing and technology is making new connections possible that couldn’t have been imagined a few years ago. Live performance brings us away from that technology and even closer to our humanity. We love highlighting both the many differences between peoples, and the many universal qualities we all of us share,” she added. In this vein, beneath an old fashioned cinema marquee on Castle Street, Great Barrington and China collided — if only for an hour — and an eager crowd of today’s youth were there to drink it all in.