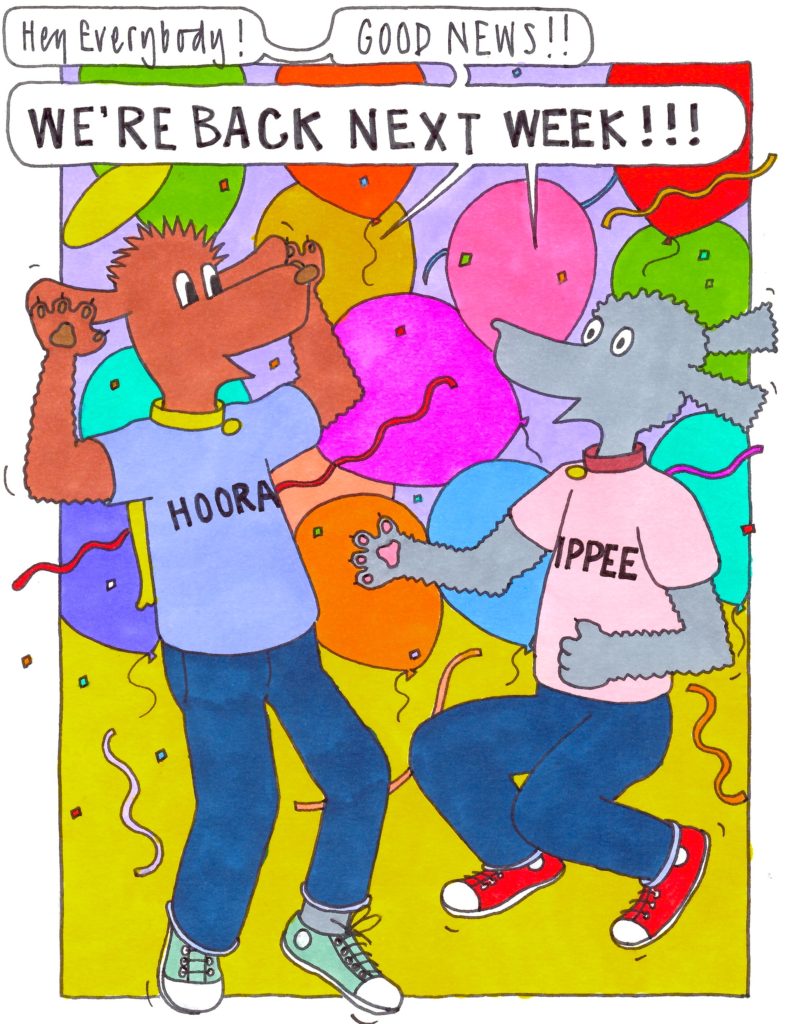 Editor’s Note: Outraged by the BRexit vote and inspired by the lunacy of the looming presidential election — with the spectacle of the Republican convention soon upon us —  Lulu ‘n’ Hershey, those fearless anchors of Dogs News Network (DNN) and the creation of cartoonist and visual arts commentator Robert Ayers, are making a return engagement on The Edge, with the promise of pungent political satire (recall last year’s series with the golden pompadour of the Trump avatar). Berkshire Edge readers who don’t know Lulu ‘n’ Hershey can read all about them on their website at twoextraordinarydogs.com.