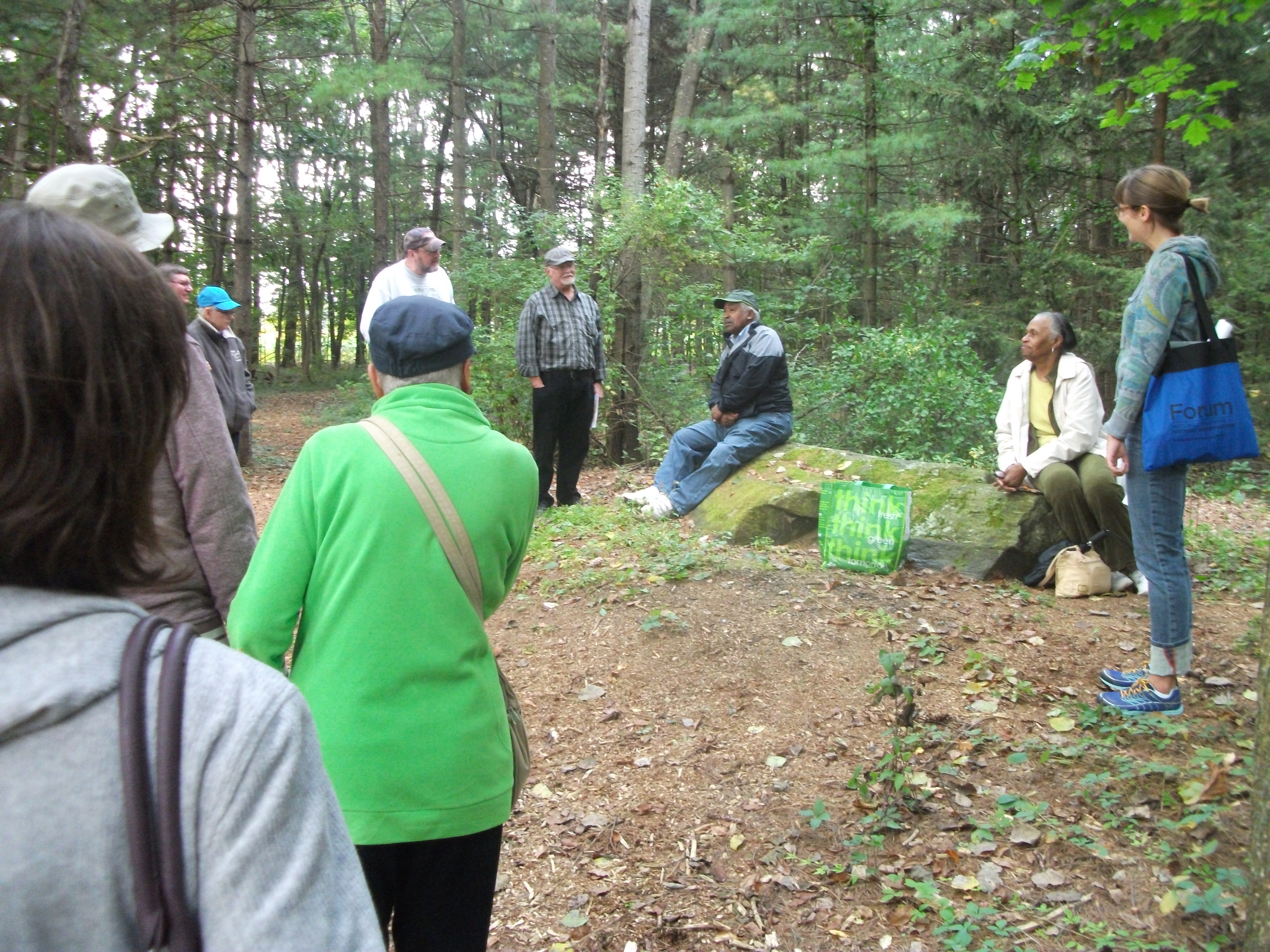 It was Oct. 18, 1969. It was the day a 29-year-old Georgia state legislator, Julian Bond, a rising star in the struggle for social justice, spoke at the dedication of a small park on Egremont Plain. A corner of the park was the ancestral home of the Black Burghardts. It was where Du Bois had spent happy childhood years.

An estimated 800 people turned out.

Elaine Gunn of Great Barrington was among park dedication organizers, along with her good friend Ruth Jones, a cataloguer at Simon’s Rock Early College, and Frederick “Fritz” Lord, who worked for Wheeler & Taylor. Real estate entrepreneur and longtime NAACP member Walter Wilson of Chatham, N.Y., and educator Dr. Edmund Gordon of New York were on the committee, and two Stockbridge men, William Gibson and Norman Rockwell, had given their support.

“I think it was Walter’s idea to invite Julian Bond,” Gunn recalled this week, reacting to Bond’s death in Fort Beach, Fla., at the age of 75. “There was a connection between Du Bois and Bond’s father, Dr. Horace Mann Bond. The senior Bond was a social scientist and administrator at several historically Black colleges including Lincoln University and Atlanta University.

“I heard Julian say Dr. Du Bois was at their home from time to time. There was a natural connection,” Gunn said.

“Ruth and I were delegated to pick up Julian Bond at Bradley airport. We got there and he came in on a small commuter airplane. He had a bodyguard with him. And also coming down the steps from the plane was a man named Cato, who said he was from Rochester and had heard that Bond would speak and just had to come listen.” Cato ended up hitching a ride with the group.

Gunn described Bond as a handsome young man who sported an afro and seemed very self-assured, though, “He had little to say as we drove to Great Barrington,” she said, beyond pleasant chat.

The park dedication was planned for the afternoon. There had been months of uncertainty that the dedication would even happen. It was during the Vietnam War, and Du Bois’s late-in-life letter asking to join the American Communist Party enraged veterans and businesspeople and the local weekly newspaper.

Town Counsel William Murtagh, however, advised that the group was well within its rights to dedicate the park.

Wilson and volunteers had cleared underbrush and cleaned up the land. Bales of hay were placed for seating.

“As we came up Route 23, people were out beside the road, waving ‘No parking here, no parking here’,” Gunn said.

As it turned out, contract farmer William “Bullet” Kline, who lived next door the airport, saw opportunity. He opened his field to parking, $2 a car.

“That helped an awful lot,” Gunn said. “People could park close and not have to walk far.”

Actor Ossie Davis emceed the day’s event, which came off without a hitch, without the Black Panthers, without any of the confrontation imagined by opponents. Town police had brought in machine guns from Hartford and kept them in the Town Hall basement, just in case violence erupted. Ted Hitchcock said an FBI agent hid in his attic — his house was encircled by the U-shaped park — with binoculars trained on the proceedings.

With that sort of tension in the air, playwright Bill Gibson read Du Bois’s essay, “The House of the Black Burghardts.” Bond in his remarks said, “I prefer to think of his [Du Bois’s] whole life, not just the last couple of years, dedicated as no man’s life perhaps has ever been to the abolishing of prejudice and injustice and of imperialism internationally.”

Wilson and Gordon had purchased the plot of land in 1967 when it was offered for sale as two building lots.

“There was nothing left but a chimney half broken down and a cellar,” Gordon told me in 2006. “We found a sketch of the original house and we aspired to restore it. We were not able to do that but we were able to have it designated as a National Historical Landmark.”

Landmark status came in 1979. That time, the ceremony was at Tanglewood.

The day in 1969 became even more special for Gunn when she attended a quiet evening program at First Congregational Church in Stockbridge arranged by David Gunn, a local member of the NAACP. Horace Mann Bond sat in the front pew.

“He sat forward,” Gunn said, “and he did not take his eyes off his son. He had such pride. Bond talked for quite a while. We got two for the price of one that day.

“If you were a Black college student in the 1920s, ‘30s or ‘40s you knew Dr. Du Bois and you knew Horace Mann Bond. They were the leading educators of Black folk. You looked up to them.

“It was so important for Julian Bond to come here.”

She was saddened to hear of Bond’s passing, but it brought “wonderful memories” of Great Barrington’s small part in the Civil Rights movement.

Today, the park is maintained by the University of Massachusetts, Amherst. There is a small parking lot and a woodland trail leads to the site of Du Bois’s grandparents Othello and Sally Burghardt’s small house. Felicia Jamison, Ph.D candidate in history at UMass, offers tours at the Homesite Saturdays at 1 and Sundays at 2 through Oct. 4, and downtown at the birthsite on Church Street at 3 p.m. on Saturdays and 4 p.m. on Sundays.