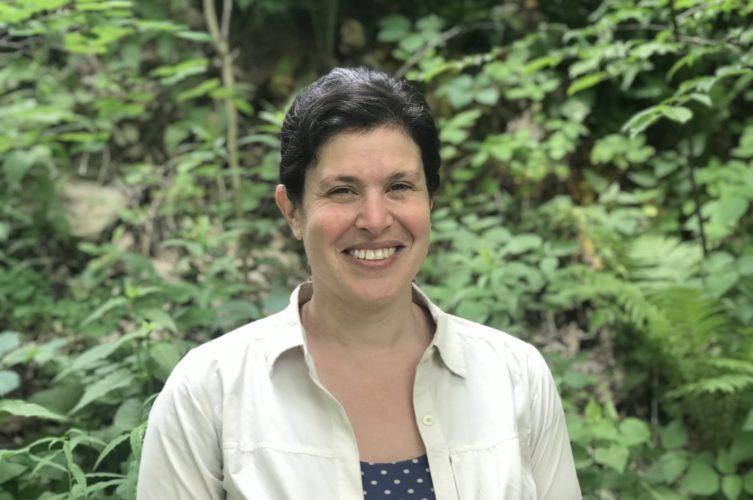 Otis — The stone wall outside of Farmington River Regional Elementary School has been a saving grace of sorts for the district’s students and families since the building closed in mid-March. ”It’s difficult to pull up to the school and take food from someone,” food service director Kendra Rybacki told The Edge in a recent phone interview. But that is exactly what families have been doing each Tuesday morning for the past 13 weeks. “I try to make it as discreet as possible, using the same person [to greet families] each week, [but I have to wonder]: How many more families would use this service if it looked different?” Rybacki, in her 21st year at Farmington River Regional School District, spent the past three months working with a core group of volunteers to provide weekly food boxes for families. As the regularity of “school” ends for schools across southern Berkshire County, an integral variable remains: Summer vacation can be anxiety-provoking for families who rely on the myriad supports the school year provides, among them access to healthy meals.

“I lived this nightmare as a child,” said Rybacki, who was raised by a single mother. “I understand, and I wish people felt more comfortable taking support,” she added, noting that she and her assistant, Candy Chafee, have been providing meals for roughly 75 percent of the school’s 115 students. “The two of us have managed to make this work,” Rybacki said, explaining that it all started with a call to Bridgette Stone, co-manager of the Great Barrington Farmers’ Market, when the district was struggling to get milk and produce to families. Since school closed, two volunteers have packed the school van every Monday to deliver boxes to 17 families in Otis and Sandisfield while another 20 pick up from the school. As June wanes, FRRSD is waiting for the USDA to approve a waiver that would reimburse the district for all meals provided during the summer months. Rybacki is hopeful: “Either way, we are going to continue [weekly food boxes] for any family — and all families — that want to participate.” Her optimism is fueled in part by the ongoing story of collaboration among Berkshire Grown, CHP/WIC, Great Barrington Farmers’ Market, Berkshire Health Systems and Berkshire Bounty.

“As we come up against summer and no more school, [this story] will evolve with a whole new chapter,” said Margaret Moulton, executive director of Berkshire Grown, whose recent work has focused on getting food, especially fresh produce, to southern Berkshire families with kids. To date, they’ve received two Berkshire United Way grants ($32,000 total), and reached hundreds of people every week. Challenges still abound. “Not everyone will eat kale!” Rybacki said, although she got creative with the loads of fresh spinach on hand this spring and made green Belgian waffles, which, according to students, were surprisingly good. She has been including recipes in boxes for families, on how to use bok choy, for instance. “There are so many interesting vegetables [being provided],” she said in a nod to produce from a core group of local farmers as well as eggs from Off the Shelf Farm and milk from High Lawn Farm, all of which will continue throughout the summer growing season.

It’s what Jenny Schwartz calls “yet another regrouping as school lets out for summer and the primary means of getting food to students and families comes to a close.” Schwartz was hired by the Southern Berkshire Rural Health Network and Fairview Hospital back in December with a single goal: to spend three years looking at how food access is affecting school-age children in our community. Just before COVID-19 swept in, Schwartz was beginning to connect with families to hear what could happen, particularly during the summer months, to help them. When county schools closed March 13, she quickly became a liaison of sorts between schools and community partners, with representatives from about 15 groups who have been meeting regularly via Zoom to gain traction on the myriad challenges surrounding food insecurity. In short, the group has “really stuck.” While no one would have wished for a global pandemic, it has resulted in what Schwartz called “a stronger foot forward to take the next step,” adding, “while it’s unfortunate what’s happening, we are going to make some meaningful change going forward.”

In Lee, this change equated to partnering with town leadership to provide meals to anyone who expressed a need for some support whether they had a student in school or not. “Once school shuttered … we knew we had a responsibility as educators and socially to make sure we were taking care of our families who were food insecure,” Superintendent Michael Richard told The Edge in a recent phone interview. Next week, food service director Lorrie Goodfellow will take a well-deserved break for summer, and weekly food distribution “will transition away from being a school program to being a town program for the summer,” according to Richard. In addition to the aforementioned local eggs, produce and dairy, the town of Lee is partnering with restaurants in what Richard calls “a multi-themed approach.” Restaurants will charge the town for the cost of meals provided, the town will backfill that cost, and restaurants will generate business and bring back some employees. “We’re bringing people back to work, [and] feeding families,” said Richard, who is “really excited” to see the town’s summer plan tie in nicely with Phase 2 and restaurants across the Commonwealth getting back to outdoor dining.

“Summer is covered,” Schwartz said, adding, “the schools have been phenomenal.” All have plans for summer, despite each looking a bit different, and they are collectively reaching 95 percent of their populations; one school, which was not named, is down to just three families it has been unsuccessful in reaching. ”I am in awe of the work schools have been doing to keep in touch with their families,” Schwartz said, adding that none of this work would have been possible without widespread collaboration. Now she has her sights set on what’s next: “How can we create some more sustainable systems surrounding food so that no one is hungry?” Schwartz is quick to point out one thing: “It is a process, [and] I’m not sure what is going to happen.” She is eager to resume conversations with families about what systems could be put in place to help going forward while paying necessary attention to privacy and confidentiality. “All schools now have some program running — not because of me, but because of COVID,” Schwartz said in a nod to a rather evident silver lining.

“Food insecurity is an ongoing problem, and this is the moment to look for possible solutions,” said Moulton. At the top of her list? Connecting schools directly with farmers. “The farms really want to work with the schools, [and] this could be the silver lining: eliminat[ing] the middle person.” With United Way funds expected to be spent down by the end of June, Moulton called the creation of these ongoing buying relationships not only necessary, but also mutually beneficial; she and Stone are available to work with the schools to help identify farmers who can sell their produce at an affordable rate. This type of approach causes the whole picture to pivot from a “food insecurity Band-Aid to a long-term connection between local farmers and local school districts. That’s what I hope for,” said Moulton who emphasized that food insecurity is evolving and ongoing. “What does it tell us about our food system when families are only able to get fresh, local food because it has been donated?” That is a wholly rhetorical question that will continue to guide the work of many in the community. “A collaborative effort makes such a difference,” said Moulton. “It would have been a burden for anyone to manage [on their own, so] we each took a small piece … when feeling shattered, uncertain and unsafe, and it was unbelievably heartwarming. I have a lot of gratitude for having the opportunity to work in such a positive way during such a negative time.”

NOTE: Information regarding summer food/meal distribution is available directly from schools, which have been emailing regularly with families. Each district with which The Edge spoke confirmed that communication will continue, as it has since mid-March, through the same channels.