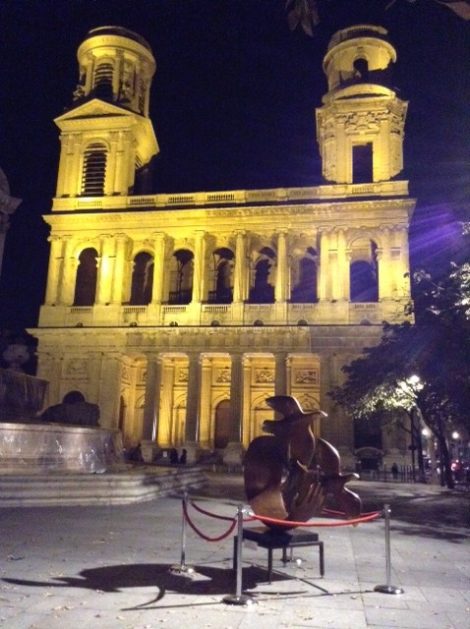 Because I’ve been away from Paris, working in Bern, Switzerland on a new book, this month’s Letter will focus, briefly and unusually, on a recent Parisian art scandal.

But, then, what is Paris without an art scandal?

And this scandal has something in it for everyone.

Paul McCarthy, a 69-year-old American artist from Los Angeles (inconnu aux bataillons – well, unknown, at least, to this soldier, but internationally recognized), who has previously distinguished himself by affronting the bourgeoisie with a pile of inflatable feces in Bern (the artist’s interests are long-established), has succeeded here in Paris to a notoriety beyond his wildest nightmares.

It all began when Mr. McCarthy’s 80 foot high, inflatable green sculpture was selected by FIAC (the international art fair hosted by Paris every year in October) for placement on the venerable Place Vendôme. 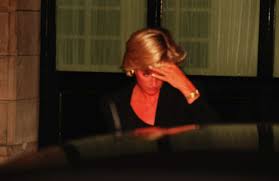 The Place Vendôme is home to, among other ultra- luxe establishments, the Hotel Ritz, from whose secret doorway Princess Diana went forth to meet her Fate in the Alma tunnel, pursued by a perfectly-named paparazzo: Monsieur Rat.

Rat is the scum-skimming ambulance-chaser who was caught arranging the limbs of the mortally injured princess in her smashed-up car’s back seat after the tunnel accident. His motive? To snap, unobstructed, a few perky photographs of Diana as she lay dying.

Why this Rat is not rotting away in a dark oubliette — sentenced to life, chafed by leg irons and bitten by scorpions — passes all understanding. But that subject is for another Letter.

Aside from this tranche de vie, the Ritz and its Bar Hemingway (hotel and bar are both closed for renovations until 2015) are also noted for making the best 30 euro Bourbon Sours in town. 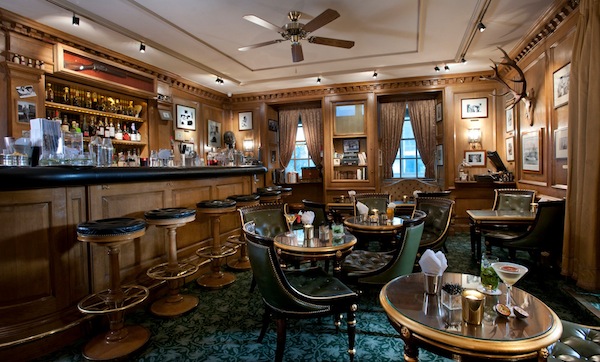 Paul McCarthy, in his ingenuous way, told the press that his large green sculpture  could be interpreted as either a Christmas tree or a sex toy. It was “ambiguous,” he said brightly.

Nevertheless the artist chose — perhaps for reasons more legal than artistic — to title his work unambiguously. “Tree” is what he called it.

Although I arrived back in Paris just as “Tree” was being vandalized/deconstructed (and how sorry I was to miss that entertainment), I can safely write that ambiguity was no one’s idea of “Tree’s” most salient characteristic. At a playful stretch – and art should always be stretched for – ambiguity might be considered one of its recessive trait. 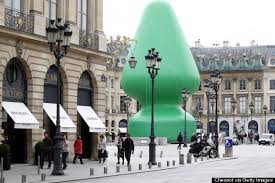 A ‘Tree’ is planted by FIAC in the Place Vendôme.

This is probably not the message the French government – frequently accused of hindering French business with its byzantine bureaucracies -– wanted to convey to the pre-Christmas shoppers clamoring to exchange their euros for some of the Place Vendôme’s luxury merchandise. But there “Tree” was for all to interpret – 24 metres high, offensively green (green has been considered an unlucky color in France ever since Molière had his fatal attack onstage while costumed in green), and blatantly affixed to the Place.

And then –- because this is Paris — the People Had Their Say. And What the People Said had a resonant echo.

The first response the People made to “Tree” was the most direct. Mr. McCarthy was stopped in the street by an outraged citizen who administered three slaps to his cheeks (the cheeks located on either side of his nose) as well as a severe tongue-lashing for defiling one of Paris’s loveliest squares. 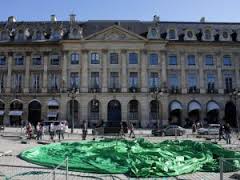 The People Spoke. Demise of ‘Tree.’

The second response was more effective. On the Friday before FIAC opened, several of “Tree”‘s guy lines were surreptitiously cut by saboteurs (a fine French tradition) and the aspirator that was keeping “Tree” inflated was turned off — perhaps by FIAC officials themselves, in response to the, by now, dangerously unmoored 80 foot high sex toy.

And so “Tree” collapsed slowly and attractively to the ground — a pool of shirred and ruched green materials –- where it remained, much better policed than when it was upright.

And then, whatever was left of “Tree” was carted away. 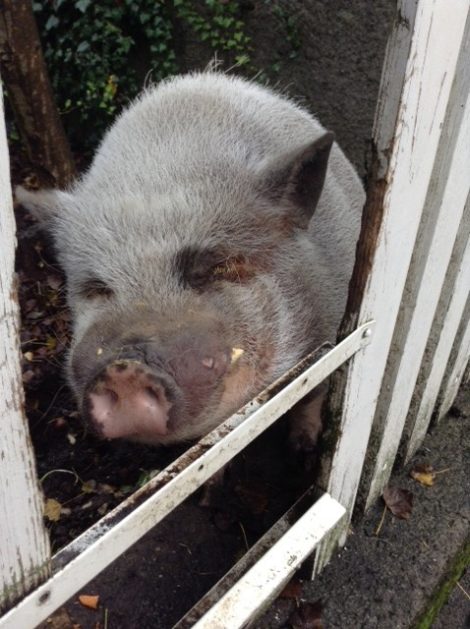 My neighbor at the Swiss Literary Archives.( I prefer this image of a friendly Bernese sow to the one of McCarthy’s fecal sculpture in Bern.) Photo credit: Joan Schenkar

Mr. McCarthy has had troubles in the past with a free-floating sculpture –- principally in the city where I just spent time working. His pile of inflatable feces at the Paul Klee Centre in Bern sailed off in a high Swiss wind, taking a power line with it and inspiring indelicate headlines the world over.

This one from The Sydney Morning Herald was especially pert:

In any case, here in Paris, everyone responded in the expected way to the scandal. The artist offered the reasonable opinion that he feared future trouble and didn’t want the work “restored.” The mayor strongly condemned the despoliation of a work of art and the attack upon its creator. The press rained scorn down upon “conservatives” who cannot accept new work. And everyone else was quite happy to see the pesky thing gone.

Well, everyone should  have been happy. This year’s FIAC had a magnificent start – an internationally-publicized art scandal nearly a full week before the fair itself opened to the public. 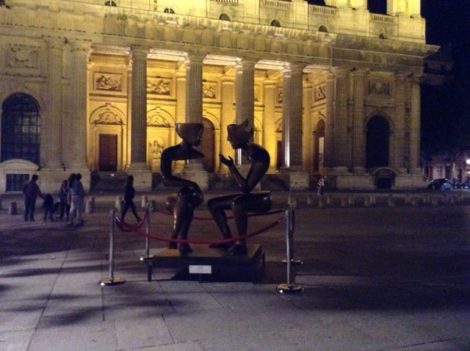 Place St-Sulpice: another sculpture for FIAC, another part of the Place. Photo: Joan Schenkar.

And, lately, no one has slapped anyone for any reason at all on the rue St-Sulpice.