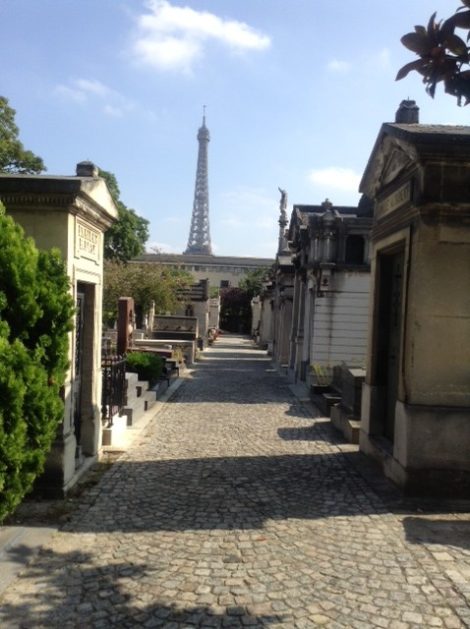 Joan Schenkar
The Cimitière de Passy: in the shadow of the Tour Eiffel.

DATELINE: September 2014, Paris. How many of the discerning sophisticates reading this month’s Letter From Paris know the interesting history of Jeanne Louise Calment?

Yet Jeanne Calment represents a fine, even an emblematic strain in French daily life which elides itself noiselessly with my current preoccupation: death and its dispositions during a French Fall.

And so, in my next Letter, I’ll be visiting a favorite cemetery, the Cimitière de Passy in Paris’s 16eme arrondissement: the necropolis of choice for the aristocrats of the Belle Epoque, and the least known, most elegant burying ground in town. 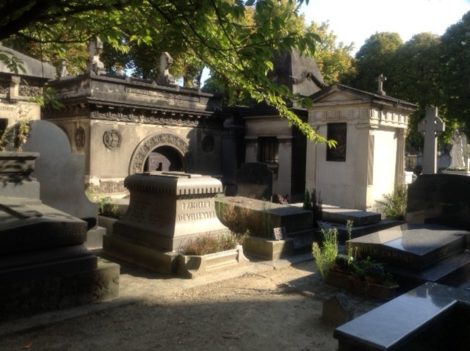 But in this Letter, I’ll be writing about the legendary Jeanne Calment. Because what Mme Calment did – or, rather, what she is celebrated for having done – is the perfect counterpoint to any French cemetery story.

Jeanne Louise Calment, born in 1875 to a good bourgeois family in Aix-en-Provence, lived longer than any other human being whose life has been reliably documented and accurately verified: 122 years.

Nearly all of her 122 years were wittily managed (samples of that wit are coming shortly), enjoyable to her, coherent to the people around her, and enlivened by smoking cigarettes, eating chocolates (a kilo a week), and drinking her favorite port wine. 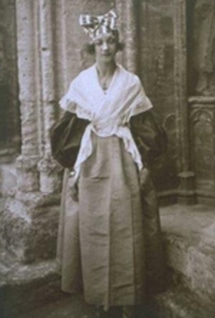 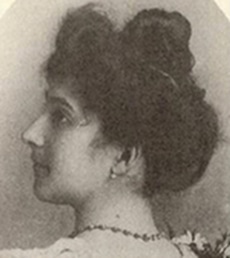 At thirteen, dallying in her father’s art supply store, the observant adolescent happened one day to sell colored pencils to a disturbed young Dutchman, Vincent van Gogh by name – in the final stages of his prolonged and painful transformation into a constellation: that tortuous, hallucinogenically imagined rocket-launch towards the starry night of eternal art which cost him – as extended states of extraordinary creation often do — the extinction of his physical body.

Henry James, writing of Edgar Allan Poe’s death, described it (with typical circumlocution) as “the extremity of personal absence.” But whenever I stand for more than a moment before a van Gogh painting (6 seconds is the average time a museum-goer takes to contemplate a work of art; I like to linger), James’s phrase always comes taxiing back to me. 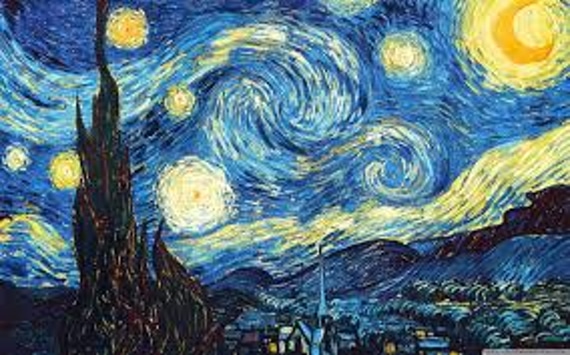 The extremity of van Gogh’s personal absence is exactly what I feel when looking at a van Gogh. He put, as he himself said, his heart and soul into his work and lost his mind in the process. The myth of the man is painted directly on to his canvases; I’m incapable of separating them.

Not so Jeanne Louise Calment. Definitely not Jeanne Calment.

And it was her vivid, illusionless word-portrait of Vincent van Gogh a hundred years after she first met him that snagged the hem of my attention, warmed the perma-chilled point of my pen, and placed me forever in the ranks of her admirers.

For Jeanne Calment, like any réaliste Frenchwoman, was entirely unimpressed by celebrity; posthumous or otherwise. To the crowd of eager journalists waiting for her to touch up the gilt on Van Gogh’s image, Mme Calment calmly announced that the red-headed Dutchman they were there to honor had been dirty, foul-mouthed, crazy, and what is more (and, here, let us imagine her taking a professional raconteuse’s pause for effect)…. he smelled.

Now that, I thought when I read her remarks, is a woman who knows how to handle herself at a press conference. And I longed to speak with her. But her maison de retraite was in the South of France; the heavy scent of lavender which perfuses that beautiful region is disagreeable to me (there’s no accounting for taste); and I worried that a tête-à-tête which might involve mouth-breathing on my part would not go down well with the argus-eyed Mme Calment. So I continued to admire her from afar. 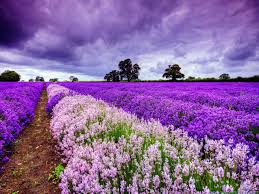 The Lavender Fields of Provence: why I never met Jeanne Calment.

Perhaps the desire to keep my distance was also informed by the knowledge that Jeanne Calment didn’t suffer fools gladly. (And who, as America’s greatest satirical novelist Dawn Powell once said, wants it written on her tombstone that she suffered fools gladly — or at all?) When a guest at one of Mme Calment’s birthday parties in her late hundred and teens remarked elegaically that, “perhaps,” they’d see each other again next year, Mme Calment retorted that she saw no reason why not: the guest wasn’t looking too bad.

At 85, Jeanne Calment took up fencing. At 90, she sold her apartment en viager to her 47 year-old notaire.

And here, the concept of selling one’s real estate en viager requires an explanation: it works only in France, a civilized country.

A seller (typically aged) sells her apartment at a healthy but strictly regulated discount to a buyer (typically younger, who is looking for an apartment to retire to in 10 or 20 years) in return for three things: an initial upfront sum called a bouquet, a guaranteed occupancy of the apartment for life, and a monthly “rent” from the buyer (again strictly regulated) which continues until the seller’s death. The apartment buyer is betting that the aged seller will expire early on; the apartment seller intends to hang on and cash in as long as possible.

It’s the French réaliste attitude all over again. And it gives the aged seller the assurance that she will never have to leave her home and, what’s more, that she’ll be supported in it as long as she lives. While the buyer, no matter how long she has to wait to take possession, knows the odds are that she’ll get the apartment at a healthy discount because, after all, no one lives forever.

No one except Jeanne Louise Calment. 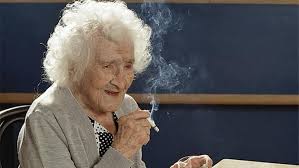 Mme Calment outlived her apartment’s buyer, she outlived the buyer’s wife, and she did her best to outlive the buyer’s children as she continued to collect her monthly “rent” to the final value of perhaps two or three times what her apartment was worth.

Every year on her birthday, she wrote to the notaire’s family – (wittily, of course; she had no intention of dying) – to apologize for still being alive.

At 100, Jeanne Calment finally stopped transporting herself by bicycle. At 117, nearly blind and burning her fingers every time she tried to put a match to a cigarette, she gave up smoking. At 118, she took it up again. A mild cutaneous scorching, she indicated airily, was well worth the pleasure of lighting up a cigarette again.

More to the point, she performed a spoken word recitation over a reasonably inoffensive rap background and two CDs were cut from the track to help raise money for a new van for her maison de retraite. It’s not entirely clear that, at 122, Mme Calment was herself entirely clear about what she was doing with that microphone  in her hand but — never one to shun the limelight — she did it with a will. And a van was purchased.

Jeanne Louise Calment died 164 days after her 122nd birthday in 1997. I am still her very great fan. She cheated Death and enjoyed Life longer than anyone else ever has. And I hope to follow her example.

Paris’s Emperor of Ice Cream, Raymond Berthillon, the boulanger turned master glacier who founded his eponymous ice cream and sorbet parlour on the Ile- St-Louis sixty years ago, died here in August at the age of 90.

If you’ve been to Paris long enough to stay, you’ve probably spent time in a line at M. Berthillon’s original ice cream parlour, waiting for your cone (“Deux boules où trois, madame?”). His seasonally-confected, intensely-flavored ice creams (licorice, rhubarbe, fois gras and lavender are among the more than 70 flavors on offer: my favorite is the exquisitely simple chestnut) are –- don’t bother to argue — the best in the world.

Born in Burgundy, Raymond Berthillon has probably been interred in his native terroir. But if he’s at rest in a Paris cemetery, he can expect a visit of reverential thanks from me — and some fresh chestnuts on his grave for remembrance.