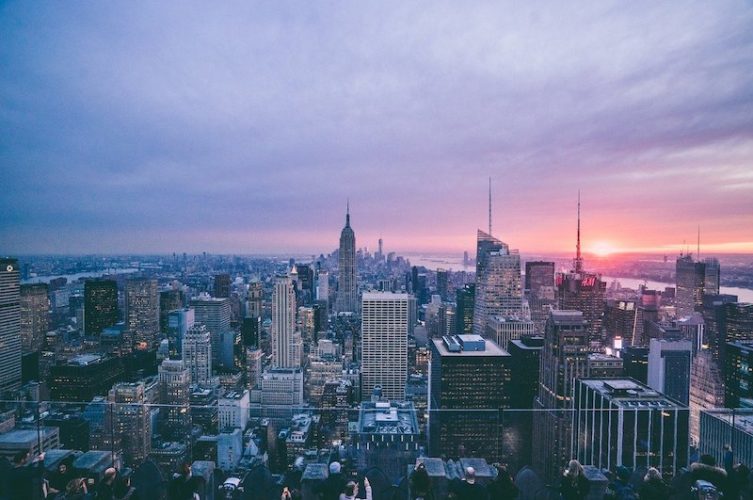 I have no illusion that the city’s rebirth will be easy. It’s still painful just walking along New York’s streets and seeing so many stores abandoned or for rent.

Some signs have begun to appear that New York is slowly beginning to awaken from months overwhelmed by the pandemic and the closing down of so many theaters, hotels, and restaurants. I have no illusion that the city’s rebirth will be easy. It’s still painful just walking along New York’s streets and avenues and seeing so many stores abandoned or for rent, and then reading reports that highlight the city’s dire economic statistics. Coupling that with the fear that tourism will take years to revive, and many office workers won’t soon be back working at their desks, makes it hard to indulge in fantasies about a sudden revival.

But I do know that the number of new leases in Manhattan signed in December jumped to 5,459, up 94% compared with last year, signaling a possible turnaround in the real estate market. And the number of households moving into New York City in April should exceed the number leaving for the first time since at least January 2019. Of course, the reason for this shift is the drop in prices, including discounts and incentives, in the apartments on offer. And brokers and landlords say a full recovery in Manhattan real estate is likely a long way off. For even with the price drops and increase in rentals, Manhattan still has a near-record number of empty apartments.

When it comes to local businesses, there are signs of new grab-and-go fast food restaurants (e.g., Melt Shop) and Barneys New York will return soon under its new owner, inside Saks’ flagship store. Also, Coney Island is opening and Broadway held its first theater performance since COVID shut it down, with Tony Award winners Nathan Lane and Savion Glover taking the stage at the St. James Theatre. Lane performed “Playbills,” a new monologue by Paul Rudnick, about a man who has spent the last year cooped up in his studio apartment, laid off from his job, and desperately missing his greatest passion: going to the theater. Glover performed a tap piece that dealt with his personal experience working in theater and urged the audience to reflect on the past, present, and future of Broadway. The special event was created as a large-scale model for how to bring live performance back safely.

The optimistic signs are mainly a consequence of the growing number of people vaccinated, and the impending delivery of federal aid to City Hall, the schools, the transit system, restaurants, and theaters.

I myself feel less walled in now — ready to meet people, venture into shops and leisurely walk about the neighborhood’s streets. One day, I spend 45 minutes in a local Duane Reade buying necessities — the most ordinary and boring of activities. I am struck by how exhilarated I am by just engaging in the everyday — talking to a clerk, paying a cashier. I feel some part of my life has come back.

There are also more people in Washington Square Park — old time jazz musicians playing, students reading and picnicking, a peaceful protest from beleaguered Tigrayan students against the Ethiopian government, and arrogant, irritating skateboarders gliding on to Garibaldi’s statue and the steps of a raised bandstand. On weekends, the excess of people, sound, and activity can make it all oppressive. But I feel it’s also sign that a vital urban life may heedlessly go on whatever dark, destructive forces emerge.

One day I am riding in a cab to one of my number of medical appointments, and I see three-year-old twins innocently skipping with their nanny on a sidewalk. It gives me hope that a generation may emerge that will remain untouched by this year of half-life. They may read about it, but it won’t play a role in shaping their psyches and existence, as it has for most of us.