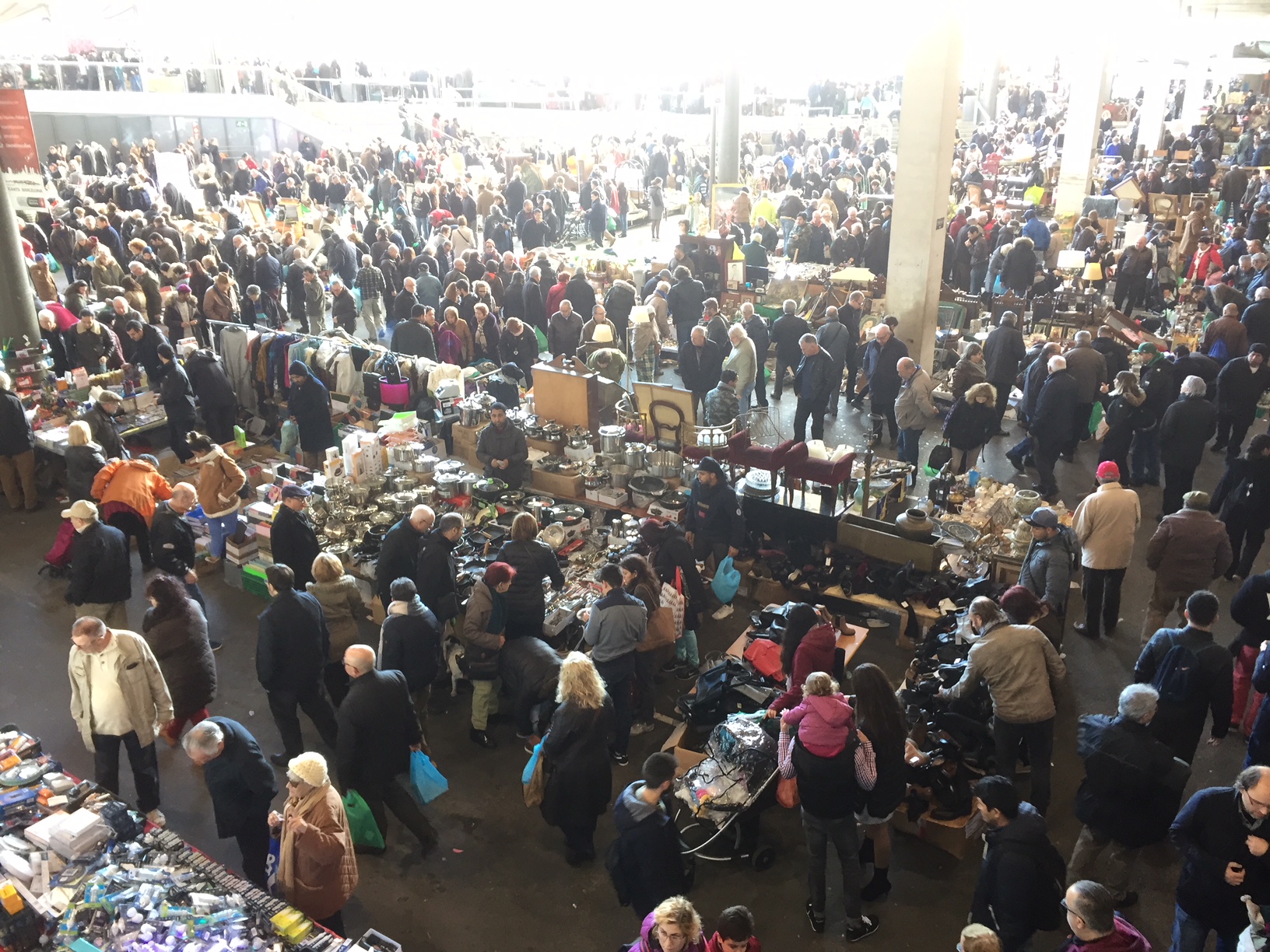 A flea market in Barcelona, Spain. 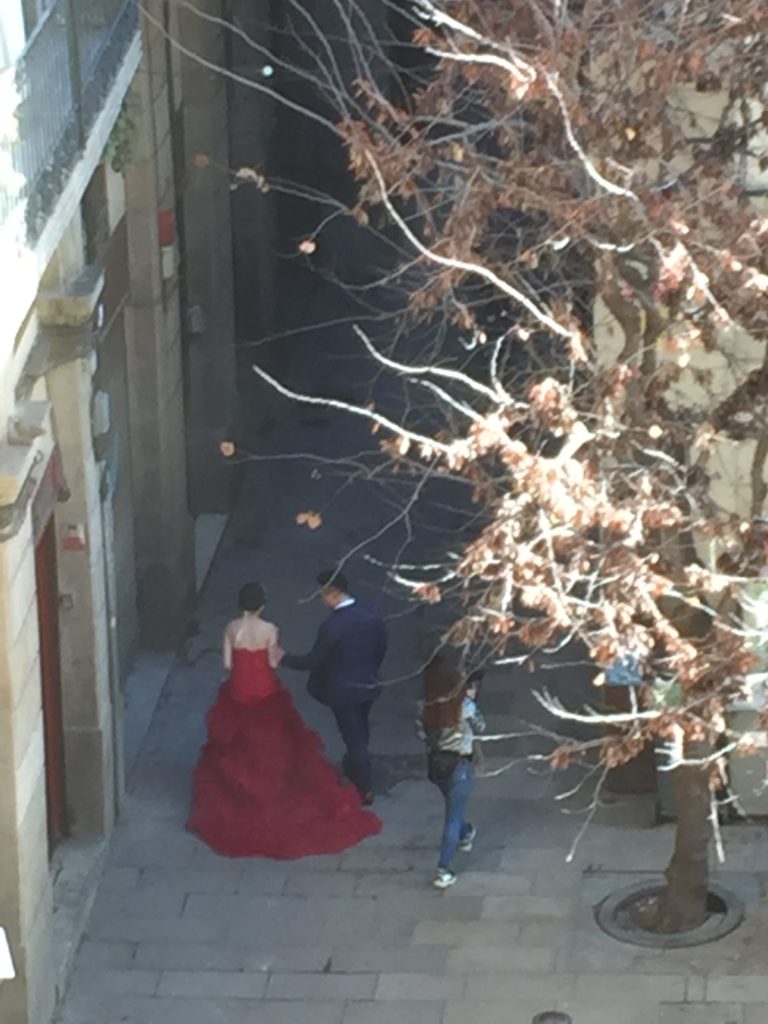 It’s midwinter, when many of us in the Berkshires suddenly think to grasp at some brief escape from the cold. In my case, I found myself wanting to escape from coldheartedness, so I ransacked my mileage and flew to Barcelona, arguably the most warm-blooded city in Europe. Turns out it’s rainy and cool here, but not cold. You can’t have everything.

Barcelona sits at the crossroads of the world. Africa is close enough to reach by boat; Europe is just over the hill. And man, is it old. Whereas builders in the Berkshires tiptoe around protected wetlands, builders here dread putting in a shovel and discovering a Roman ruin. The building we’re sleeping in dates to 1100, part of a Jewish ghetto which was “cleansed” by Christians in 1492. Does that date ring a bell?

Barcelona predates the notion of “nation” by 2,000 years.

Nonetheless, Barcelona is unafraid. Barcelona didn’t react to terrorism by turning on its newcomers or ceding power to a strongman; Barcelona kept its head up and moved on. The slogan that emerged in the wake of the attack was “No Tenemos Miedo”: we are not afraid.

For that reason, it was especially discouraging to listen to the State of the Union from here in Spain, a place where they’re not buying into Trump’s message of fear – fear of immigrants, fear of falling, fear of each other. Society here is not divided sharply in two. There are politics here, of course – a storied tradition of ferment in the street and every café. There was a devastating civil war in the last century and, since 2008, a long agonizing climb out of “the Crisis” – the massive worldwide recession that started courtesy of American financial speculators but was longer and deeper over here. Currently there is upheaval over the Catalonian secession movement, an outgrowth of Barcelona’s staunch resistance to fascist dictator Franco (for which they got bombed). There are demonstrations every night in front of city halls all across Catalonia, which start with chanting and end with singing the national anthem. Then the protesters retire to the cafés to drink and argue and laugh.

Seems to me it’s the singing that’s important – because there is still a sense of commonality, fair play and shared culture. Really and truly shared, Catalan or Castilian, either/or: The idea of Spain still includes a common coin of respect, resilience and hope. Civil society here is conducted in public, on the street, not behind locked doors in houses and cars. Television here is not a surrogate town square–they have town squares for that. Infrastructure is gleaming–spotless subways, high-speed rail, dazzling airports. And this is Spain, folks, not snooty Sweden or anal Germany but steamy, southern, Latin Spain. The social safety net is sweeping and consensual, labor unions are strong, assimilation is on offer. Here the melting pot is hot enough to melt.

Whereas the idea of America, viewed from here, seems lost. To sing a national anthem in America means you are performing “patriotism,” which, to me, is basically hatred of the Other, the progressive, the new. And we have spent a long time hardening to this: In America, the word “patriotism” was appropriated by reactionaries under Nixon. I literally can’t remember a time when the word didn’t make me cringe. Same goes for flag-waving: It’s simply not for me, never has been, thanks to the haters who took it and made it theirs – the people who first hated blacks, then hippies, then gays, then immigrants. And always, to whatever extent, women. 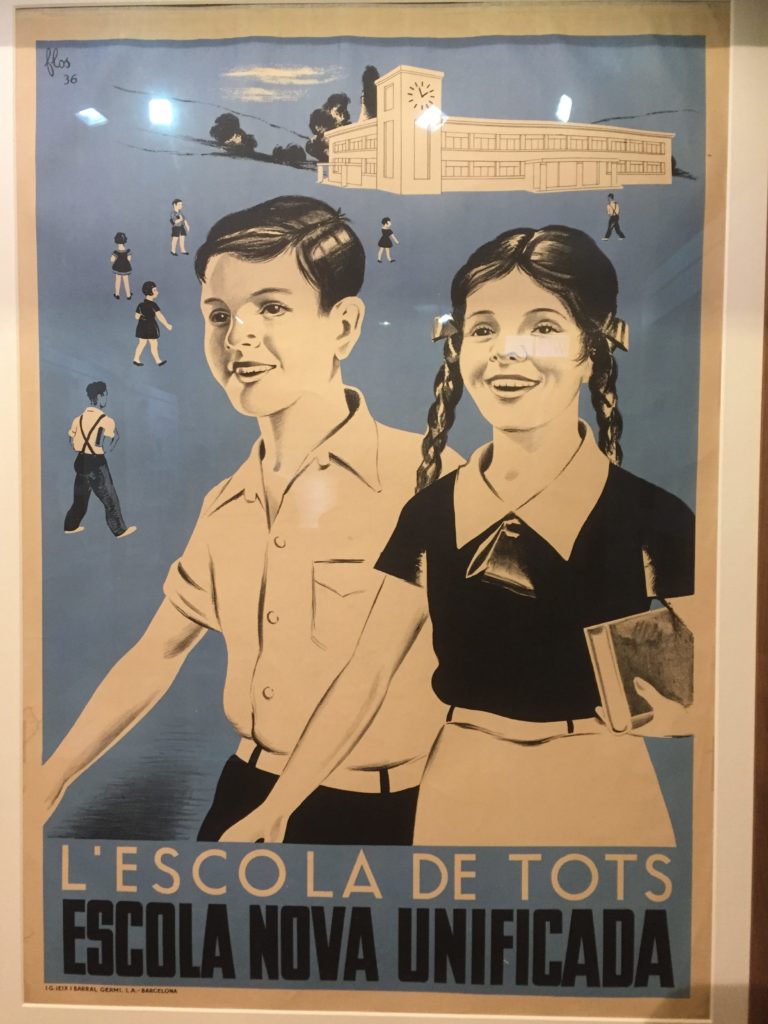 In America, “love it or leave it” is still in the air; it never goes away.

Catalonia is governed by a coalition named “Together for Yes.”

So, yes, Barcelona took a big hit from terrorism last year but, instead of overreacting to immigration and recession with nativism and fear, this city at the crossroads of the world continues to share and grow, to stroll and converse and live it up – an attraction, not a reaction. Barcelona has been here for two millennia and it’s never looked better, even after hosting dozens of invasions and wars – Goths, Moors, fascists, you name it. The current invasion is tourists like me who come here for the beauty and joie de vivre: the food, the music, the love. The fashion, the poets, the paintings, the dogs, the chocolate, the scooters, the hubbub. And the vermouth.