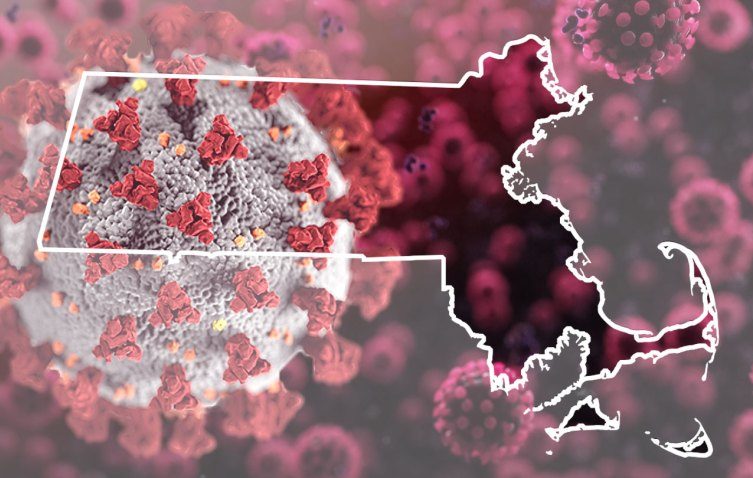 My friend — I’ll call her Jane — regularly walks her dog on a leash and harness along the quieter country roads in Great Barrington. Her dog is rambunctious and powerful but very sweet. She’s the favorite playmate of my own meek, gentle mutt. The other evening as Jane and her dog were passing by a roadside house, she saw a family putting bags into a car in their driveway, the littlest toddler holding a mid-sized white dog by a leash. All of a sudden, the white dog broke away from the child and ran straight for Jane and her dog. Jane immediately yanked up on her dog’s harness to prevent her from mauling the smaller dog.

But she could do nothing to hold off the smaller dog. That role falls, naturally, to the owner or custodian of the other antagonist. In this case, however, the family of seven — three young adults and four small children — stood in the driveway at a social distance and watched the attack unfold, the white dog’s leash flapping uselessly in the dirt. Everyone was screaming, but only one party was doing anything about the problem. Jane doesn’t remember how long the attack lasted, or how it ended — two minutes, five minutes, maybe. She thinks she must have kicked the smaller dog off, but before she could do that, her own dog was bitten several times around the head, and Jane was bitten hard on the upper right thigh, uncomfortably close to her femoral artery. “Why didn’t you help me?” my friend demanded of the three grown-ups standing there in horror. Because, they said sheepishly, “We’re afraid of the virus.”

Yet when they saw the extent of the damage the dog (not their dog, they were watching a friend’s dog) had done to my friend’s thigh, they urged her to get in their car for a ride to her car. (Social distancing logic is so often illogical.) She refused. She took herself to the emergency room, got a tetanus shot, and is waiting for the pain and swelling to go down. She took a mental health day for herself the day after, and so lost a day of work. She doesn’t want to sue the family but may have to if they do not pay her out-of-pocket expenses resulting from the attack.

This incident traumatized my friend and it scares me, too, because it seems like a logical consequence of what’s been happening as the reopening process begins and some of us are unprepared to reopen ourselves. Officials have said all along, “It’s much easier to shut things down than to start them back up.” Yes — people included.

Since March, we’ve all been traveling a continuum of COVID-19 fear categories. At various times since March, I’ve found myself all over it, wishing, at my weakest moments, that I had the guts to join the stubborn minority who have refused to keep a 6-foot distance from loved ones, refused to shop alone, refused to wear annoying masks. Most of my time has been spent like most of ours has, somewhere in the middle of the continuum, behaving reasonably, wearing masks indoors without complaint, carrying a mask while out of doors if needed, and trying to retain good will for all. This means weighing the risk of infection with other, also important, considerations. And once every few days, I dip my toes in the anxiety-saturated side of the fear curve, where every fellow driver, walker, shopper or Earth-dweller is a lethal threat.

I’m afraid, though, from the evidence of Jane’s experience and my own observations, that some people spend most or all of their time on the “everyone is a lethal threat” side of the equation. I’m afraid that they, instead of softening as our numbers go down, as the state slowly, responsibly reopens and the real threat eases, have somewhere along the way tossed out that reasonable mix of caution and good sense and replaced it with paranoia. These are the people who are so terrified of other people that they will not enter into a 6-foot radius with one even to prevent grievous bodily injury.

As we move into summer and myriad opportunities for human interaction, I fear that some of these will be strained at best and dangerous at worst. I’m afraid what happened to my friend will happen everywhere people come together. A child will be struggling in a public lake: Will her neighbors come to her aid? A pedestrian will be struck by a car: Will someone hold his hand until the ambulance arrives? A walker will be set upon by your dog: Will you help her?

These are real questions. If we’ve learned nothing else in the past three months, it’s that no one has a rulebook. We need to make them up as we go along in this new life. What rules will we set for ourselves? And will fear of COVID-19 be a reasonable legal defense if the rules we set end up hurting other people?

I imagine that the answer to that last question will be no. Did the family in the driveway face a real, not just imaginable, risk of catching COVID-19 from Jane? The attack could have been prevented by one person simply grabbing the end of the leash and pulling. From everything I have read about the virus and how it’s passed from person to person, I think the only responsible answer would have to be that there was no practical chance that she could have infected them.

First of all, how likely is it that Jane is, or was three days ago, infected with COVID-19? This week, the week of her attack, there were three hospitalized COVID-19 patients in our county of over 120,000 people (probably closer to 150,000 these days.) There were no new deaths reported as of Thursday, June 4, and two new cases in the county.

Where did our county’s 568 recorded infections occur over the past three months? The worst outbreaks have been and continue to be in tightly enclosed indoor spaces with lots of shared surfaces. Nursing homes alone account for 60% of COVID-19-related deaths in Massachusetts and explain the higher number of cases in Great Barrington and Williamstown.

The most salient information here, though, relates to the possibility of catching the virus outside. Can you catch COVID-19 outside? Yes, it’s possible. It is not likely. Virus droplets dissipate in the open air. If you’re taking reasonable precautions like not engaging in long conversations face to face or in otherwise close proximity, you are unlikely to be exposed to enough COVID-19 to infect you. A recent study of Chinese outbreaks determined that out of more than 1,000 outbreaks studied, only one occurred outdoors, with a friend passing the virus to another friend as they engaged in conversation.

But even if none of the above circumstances were in place, even if Jane had looked visibly ill, if they’d all been indoors, if our numbers in South Berkshire county were alarmingly high, one of the three healthy young adults still should have grabbed the leash and restrained the dog.

I understand that this is a fearful time in America for so many reasons, the most dire of which are far beyond the scope of this essay. I understand that many of us have underlying conditions or circumstances that make us more vulnerable to this scary, new disease. I know people who have lost dear friends and family members to the virus. I understand why they do not want to leave their homes. This makes sense. What does not make sense, what we should reject as a town, state, nation and human community, is the indulging of fear over any and all other considerations.

I asked Jane what she wants this story to put across. She said, “I want to know what we as a community are willing to do to take basic care of each other now.”

I brought my friend a takeout dinner last night and I gave her a big, real-life hug.