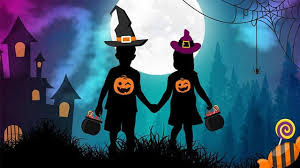 Dalton — Thursday afternoon — October 31, Halloween — I got a text and a robocall from my town’s Emergency Management announcing that trick or treating had been “changed” to tonight — Saturday night — November 2nd due to bad weather. According to iBerkshires, many other towns have followed suit (although Becket, Hancock, West Stockbridge, and Williamstown were still holdouts).

These decisions by Town elders take helicopter parenting to a new level.

When I first moved to the Berkshires in 2002, I was horrified to learn from a neighbor that “the Town” had designated trick or treating from 5:30 to 7. “But it’s not even dark yet at 5:30!” I protested. Where they got the authority to tell people not to hand out candy past 7:00 was beyond me. Wouldn’t people just turn off their lights or blow out the candle in their pumpkin if they wanted to stop? Why did the Town need to tell them to stop in unison? When did trick or treating fall under Town jurisdiction — something to be regulated?

It made no sense to me then, and it still doesn’t. I always viewed Halloween, and the trick or treating that is integral to it, as the epitome of bottom-up, decentralized holidays. Forty years ago, nothing was officially sanctioned or forbidden. Those of us whose moms were handy with a sewing machine reveled in our homemade witch’s capes. Others cobbled together outfits using our parents’ old clothes, scissors, safety pins, and our mom’s makeup. Smearing 1970’s green eyeshadow all over your face and using brown eyeliner to make a wart on your nose? Wicked fun. 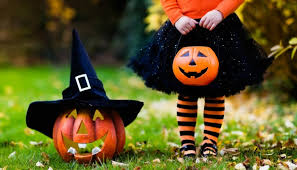 Yes, accumulating shocking amounts of candy was awesome, but equally exciting was roaming around well after dark with other kids and only the rare parent. Back in those pre-Facebook, pre-Instagram days, moms and dads did not take bejeweled 1, 2, and 3 year olds out like they do today. Tiny tots were told they’d be able to trick or treat when they were older, and they looked forward to that milestone. Each family decided when that was  —  for some it might be 5, for others 7 or 8. There were always neighborhood Halloween parties to drop in on, where we’d glug apple cider from Dixie cups, bob for apples, and groan in disgust when our friend’s dad made us close our eyes and dip our hands in a bowl of cold spaghetti brains before hitting the streets again.

In my orange/rose-colored memory, I think we stayed out till midnight, but I’d believe 10 p.m. was probably closer to the truth. We trick or treated until our bags and pillowcases could hold no more, till people ran out of candy, or till they stopped answering the door.

It was exhilarating to be out so late, exploring our neighborhoods and those farther afield. It was an adventure, not knowing who you’d run into. It was fun to tell adults about our weird costumes (“We’re Siamese twin surgeons,” my friend Francesca and I explained repeatedly, since the fact that we were both jammed into one pair of hospital scrubs apparently didn’t make it obvious). I never had a curfew, and our parents didn’t make a big deal about it being a school night. Feeling like we were getting away with something slightly crazy is what made it fun. Finding our way back home through darkened streets was a challenge, and rising to it built our confidence about navigating the world without adults prescribing every move. 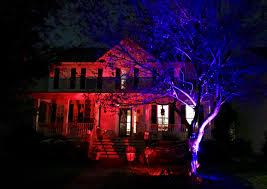 Our culture allows kids to do this much less now. Fear of strangers, random violence, getting lost — or any sort of unpleasantness — makes for a different type of childhood. From the earliest Mommy & Me classes, kids’ playdates, activities, sports, and get-togethers have become organized and scripted, with little unstructured time left over. Halloween is a vestige of unscripted wandering, but now that local governments are regulating trick or treating, our kids are losing that, too.

I spoke with some Pittsfield boys who were not happy about the change. Benji said he “strongly disagreed” with the rescheduling. Ari pointed out that many kids he knows will be left out of trick or treating entirely because their families have out-of-town plans on Saturday night. Others lamented that it will be too difficult to adjust the carefully wrought plans they’ve made with their friends. Finally, Reese insisted that “you just can’t have Halloween in November!”

I agree. Would they postpone Thanksgiving due to an early ice storm? Grandma might slip on the front walk and break her kneecap — or worse, drop her famous cornbread stuffing! The very notion is unthinkable; Thanksgiving is the 4th Thursday in November no matter what. Would they postpone Christmas because a Nor’easter was headed our way? I don’t think so. Christmas Day has been celebrated on December 25th for over 1,500 years, and we all know that Santa’s sleigh is pulled by animals raised in the Arctic. 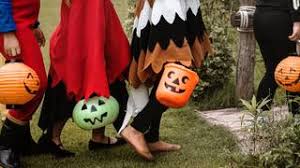 So why do local officials feel that they have the responsibility — or right — to dictate when we celebrate Halloween? Trick or treating is one of the last unwritten social consensuses — till they wrote it down and announced that they could cancel it or reschedule it in the name of public safety. They don’t want kids to be cold or wet.

But kids are not the wicked Witch of the West; they will not melt in the rain. They will not freeze. As I type this at 4:45 Thursday afternoon, it is barely sprinkling. It’s a gray gloomy day that I think suits Halloween just fine. Earlier this afternoon, the forecast for 6 p.m. was 55 percent chance of rain, but now that’s down to 30 percent. It’s 68 degrees out – balmy for this season!  — and while the winds are blustery at 16 mph, they’re certainly not a gale force.

I’m no libertarian railing against regulation and the “the nanny state — in fact I’m a leftie Dem — but I think this local government interference goes too far.

The Danes recently made the news for their custom of “dropping” kids miles from home at night, and having them find their way back. They say it builds character.

I’m not arguing that Americans need to go that far in encouraging our kids’ independence and coping skills. I do think, however, that there is a lesson to be learned about the need to let kids weather (pun intended) experiences that are slightly outside their comfort zone — like trick or treating on a, windy, rainy Halloween eve. For kids, the satisfaction of having hung in there despite obstacles is priceless. 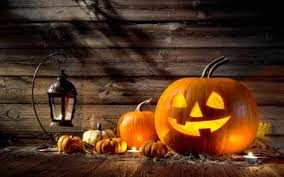 Jenny Gitlitz is the mother of two daughters who like Halloween just as much as she does.