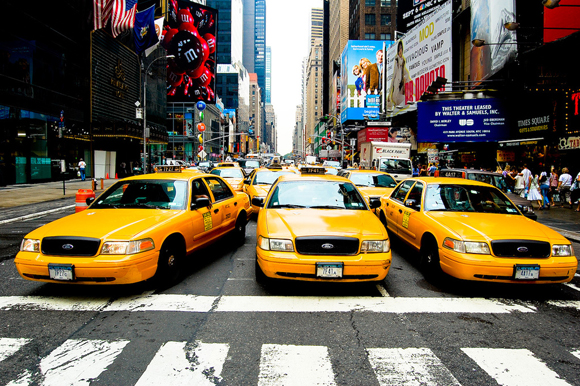 New York — We have been taking yellow cabs around the city with great frequency during the last six weeks. They are expensive, rarely comfortable, and tend to slow to a crawl or get caught in gridlock because of Midtown traffic and street construction — turning what should be a quick 20-minute ride into an arduous 45-minute one, Still, the drivers themselves are usually courteous, sensitive to the passenger’s needs, relatively knowledgeable about the city’s streets, and at times astute and articulate. Their humanness makes the trips easier to bear. 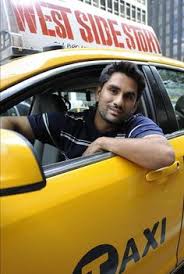 What interests me is that only 6 percent of the 100,000 cab drivers are American-born. A plurality lives in Queens, 99 percent are male, and they come from Pakistan, Egypt, Haiti, Ghana, Senegal, Morocco, Ethiopia, Greece, Turkey and Bangladesh (23 percent). Contrast today’s cab drivers with 1980, when 62 percent of cab drivers in New York City were born in the United States, but very few remain of them on the job.

Former and current drivers say the trend of hiring immigrant drivers could be traced in large part to changes in cab leasing terms in the 1970s. With rules that now often require a standard shift of 12 hours — just to cover the daily rental rate, there is far less chance for students, performers, artists or other young New Yorkers to drive cabs for part of the day as supplemental income. The few native-born drivers who still drive tend to be old-timers who are close to retiring, or the recently unemployed, who have few other options.

For immigrant drivers it’s rarely a first option — it’s exhausting work — but it remains something to fall back on. Their median annual salary is $39,435, as of May 31, 2016, not including bonuses, benefits and other factors that impact base pay. Though the drivers complain more about bike riders, pedestrian plazas, and competition from Uber cabs, than about fatigue or income.

Most of our trips involve merely nominal exchanges of talk with the driver. But there are some journeys where conversation flows. The drivers speak of leaving behind countries where political corruption and violence are rife, and the possibilities of making a decent living are limited. But in general we steer conversation away from politics, though their distaste for Trump is clear.

Among the more voluble ones is a Bangladeshi who sang songs, talked of his flower garden, and venerated the old — reducing our fare by shutting off the meter. Another is a Senegalese who claims to be a judge’s son, who is quick-witted, vibrant, charming, and quick to display his knowledge and insight about how the city works. And a third is a smart, eloquent Haitian high school teacher of French literature, who told us a fragment of his life story, and was trapped driving a cab.

All of them made us forget both how tedious the trip was, and even the indignity of being unable to shut off the cacophonous backseat television screen. Many of the immigrant drivers were a pleasurable contrast to my unhappy memories of the cigar chomping, cap wearing, horse playing, all-knowing, often racist American-born cab driver of 40 years ago. The city clearly needs more immigrants. They will be the base for the future success of the city.