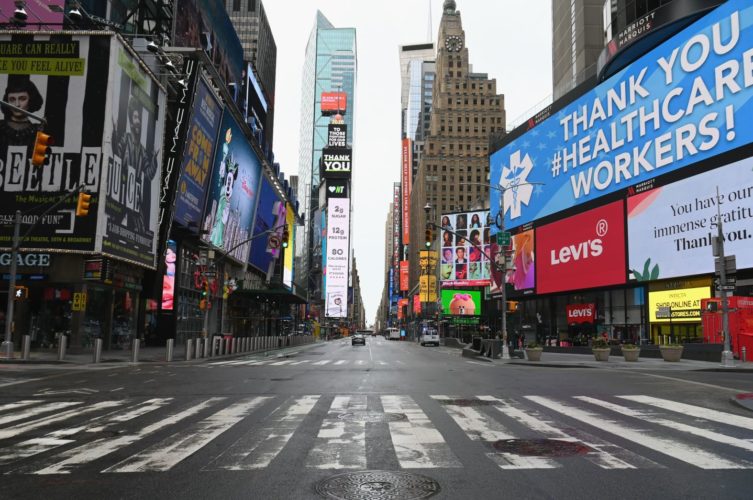 I have been away from NYC and the Village for over two months. I still follow news about the city closely and speak to friends who have remained. My heart and memories rest with New York, though I have physically but not emotionally distanced myself from its fate, which is slowly, after so much pain and death, turning for the better.

Some people may say what good are your empathy and angst, if you have deserted the city during this horrific crisis? However, I am 80, depend on a walker, and really can’t deliver groceries, drive a bus or do anything that would help people. I can only bear witness and write about what my existence was like if I stayed. That may have been sufficient reason to remain, but we have taken the marginally safer path, and moved to the isolation of our Berkshire house. We have acted out of self-preservation, and there is nothing heroic or worth being proud of about that choice. Still, we have a very comfortable, protected life here, but one to me feels half-lived.

But I am a writer, and no longer much of an activist, so I have chosen to spend my days reflecting about the nature of things rather than actively trying to change the world. I have been thinking about the future of the city — the New York that will emerge from the silent and desolate streets, where little now seems to be functioning. The streets that have been so often photographed to show what the pandemic has wrought.

What will the post-apocalypse city look like after a vaccine has been hopefully discovered, the sirens have quieted down and the hospitals are back to normal?

Obviously, it won’t be the same city. The museums will open, and so will restaurants and bars, probably reconfigured for greater separation and most likely less profit. And I hope theaters, concert halls, and movie houses (my temple) will open their doors as well.

But I wonder how long it will take for people to live the lives they once had. I dream that I can walk once more through an overcrowded, bustling Union Square Market, and pick out my heirloom apples and whole-wheat baguette from a stall. Or sit at an outdoor restaurant table with my wife eating croissants and drinking a café latte, and closely observe the interesting mix of people that pass by.

Still, I know the city’s economy will be altered, and many restaurants, bars, and businesses in general will have failed by then. For example, clothing stores like Neiman Marcus and J Crew have already filed for bankruptcy protection.

It will be a poorer and much younger city, until it possibly rebounds in the next decade. The lower tax revenues the state and city will receive will have a deleterious effect on the schools and universities, impact the quality of mass transit, and the city pension plans will become much less generous.

There will be some positive consequences: skyrocketing rents will have to come down, apartments and homes will cost less and fewer overbearing, unnecessary luxury buildings will be built. The city will probably have fewer retail stores — fewer upscale boutiques and department stores — but neighborhood stores paying lower rents may flourish.

The city may begin to look more like the 80s, hopefully with less crime and graffiti than that decade of urban dysfunction. It will turn into a place that artists, writers, musicians, students and just people who don’t work for banks, tech companies or hedge funds can afford.

It will also mean that immigrants will become a larger portion of the population, replacing people who have fled for less dense places.

It will glitter much less than the pre-pandemic city — for some of the wealthy and glamorous will have abandoned New York — but it may turn into a more equitable and livable place where the gap between the rich and poor will diminish a bit.

I am just speculating — the city often defies predictions. It has supposedly died, but then miraculously been resurrected time and again. The only absolute about the city is that it never stays the same. It is always in flux.