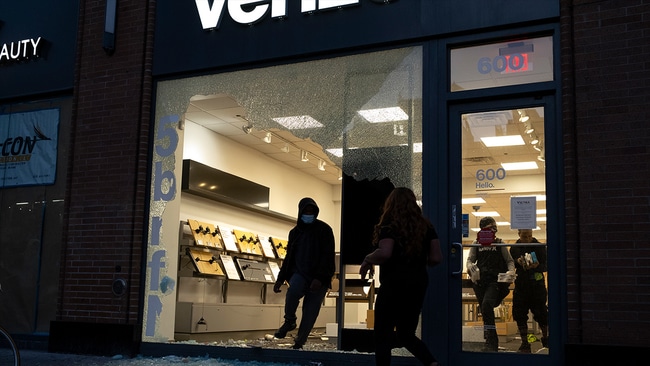 From 1960 through the mid-‘70s, I took part in many civil rights and anti-war demonstrations and protests, always avoiding and never endorsing violence or confrontations with the police. Since then I have taken part in protests less frequently, but I marched with many thousands of other people against the war in Iraq and participated in a number of the demonstrations against the Trump administration.

At 80, I can’t take part in protests any longer, but I can still write about them. I know if there hadn’t been a video of his murder, George Floyd’s death probably would have been treated like so many police killings of black men: a few small protests and an internal police investigation that would have whitewashed the cop or punished him mildly, and all would have been buried until the next incident, one where a cop decides he’s in a dangerous situation and chooses to kill a black man, who is usually unarmed. But the disproportionate number of African American deaths from COVID-19 and the massive unemployment that has its most profound impact on the black and brown poor created a situation that needed just one act to bring the festering anger and rage to the surface, and that was George Floyd’s murder by a Minneapolis cop.

At first, the nationwide days of peaceful protest and nights of, at times, violence and looting in the aftermath of Floyd’s murder troubled me. The anger and rage was understandable and was only intensified by Trump’s desire to escalate the fury for political reasons. A little more chaos, and Trump felt he could repress the protesters (both peaceful and violent) with troops (martial law), and use the law and order card for the election.

Still, I felt that in the absence of any semblance of national leadership, there was a need for more than righteous anger from the protestors. As a friend wrote to me: “We need more than reactive. ‘Insurrections,’ what we are seeing requires leadership that use the protests for some larger political purpose.” And what I felt we don’t need is police baiting, burning buildings, and especially looting. I know a minority of the protestors only committed the violence, and some may be right-wingers set on sabotage, but they and the looters became the public face of the demonstrations. A mixture of neighborhood kids and criminal gangs did the looting. Some may consider it only a crime against property, but it’s far from a blow against capitalism. I have never seen robbing luxury stores as political act; it’s a criminal one based on avidity for high-end goods that the media advertise and ready cash, and a form of nihilism. It is no source for social change, rather like burning buildings — it destroys rather than creates — merely mimicking what Trump and his cohort do to the society in more insidious and less overt ways.

Returning to the idea of leadership, it must emerge either from outside or inside the protests. The civil rights movement and the anti-war movement had a leadership and a coherent agenda, but these protests, though they have many eloquent participants — both black and white — at first I saw no planning or defined political and social goals.

Barack Obama weighed in on the protests: “So if we want to bring about real change, the choice isn’t between protest and politics: We have to do both. We have to mobilize to raise awareness, and we have to organize and cast our ballots to make sure that we elect candidates who will act on reform. “

I know these are only words — sensible ones — by a famous and respected intellectual, who I thought would probably be too reflective and cautious for many of these demonstrators. For at that moment I felt we had gone beyond the rational, and the only answers offered were the amoral Trump’s macho posturing and belief in military repression or weeks of chaos with no end except mass arrests and cities turned into semi-wastelands. I hoped then that voices like Obama’s and that of civil-rights icon John Lewis were heard before it was too late — the demonstrators creating a political movement to avoid either being destroyed or just dissipating out of fatigue and going home.

However, the days of protest have gone on and the multiracial marches have not dissipated or turned into chaos, but become peaceful. I have begun to feel more optimistic that some good will come of it all, that police reform may occur (e.g., New York’s legislature moved Monday to pass a first wave of police reform legislation, including a ban on chokeholds and a prohibition on race-based profiling) and the company Adidas (a German sportswear brand) has pledged to invest $20 million (£15.7 million) in the black community in the United States and make sure that at least 30% of all new U.S. jobs are filled with black and Latino people at its Adidas and Reebok brands. Other pledges will probably follow. When it comes to police reform, defunding or reimagining, it remains an opens question. Questions of how to use police differently by substituting social workers and mental health professionals for domestic disputes, and the violently mentally ill have been proposed while cutting police department funds. Of course, there are the police unions and police culture itself, hard to move from their rigidity and their belief in force as the first and ultimate answer to a problem. We’ll see what emerges, but the question of reform has been posed with more support than ever before.

And a powerful and possible enduring consciousness about the nature of systemic racism may have finally grown among a majority of white Americans. The future is hopefully open-ended.