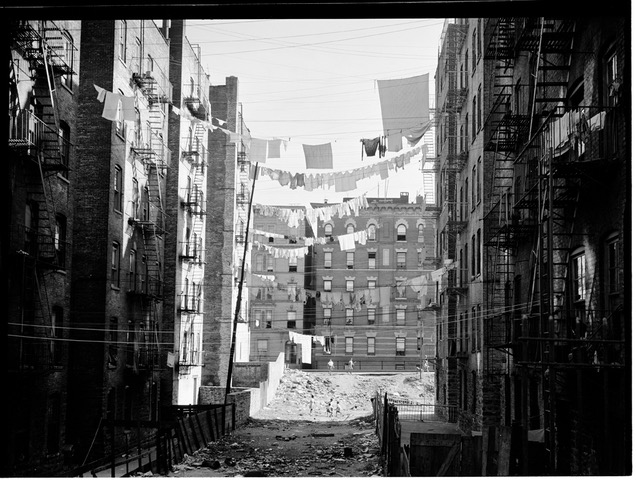 As I get older, past memories tend to become more vivid. I conjure them up for myriad reasons: sometimes just to escape the daily, both public and private; other times to try to better understand the experiences that shaped me; and still others to recall the nature of the city I inhabited in the ‘40s and mid ‘50s. Still, there are times I spend too much time dwelling on the neighborhood past — embracing, even sentimentalizing, what is basically anodyne.

Despite that fact, when I feel the need, I often invoke images of my prosaic East Bronx neighborhood, which was then an intact, primarily Jewish working-class and lower-class/middle-class mix of a few Art Deco apartment buildings, a few private homes, and many five-story red brick walk-ups and gray tenements.

There was nothing aesthetically distinctive or socially dramatic about those ordinary — and, at that time, safe — streets inhabited by small shopkeepers, cab drivers, furriers, postal clerks and garment workers. And I felt comforted by those streets, though, as I got older and more aware, I began to see that small world as parochial and constricting — a world to move away from for something more adventurous and emotionally stirring. But up to the age of 15, when the school day ended, it was the neighborhood streets, not my parents’ apartment, where much of my life was lived. Too much of that life had to do with sports, and I graduated from punchball in the backyard of my apartment house to schoolyard basketball to tackle football and softball on improvised, irregular fields in the local park. We innocently played football without equipment, and luckily we weren’t big, strong or talented enough to hurt each other. Despite our modest talents, I can still summon images of those few athletic moments in which I demonstrated grace, agility and power, and transcended myself.

But the memories I recall are not only athletic ones. A number of them are childhood recollections that involve shopping for fruit, vegetables and groceries with my mother (her favorite activity) on the neighborhood’s main avenue’s supermarkets and bakeries. And I took pleasure going further afield and walking with her through our local park to Bathgate Avenue and Jennings Street’s bustling, noisy markets filled with peddlers and outdoor stalls that served areas in our vicinity but not the streets that surrounded us. I remember the peddlers’ spiels, the housewives haggling over prices, and the stalls brimming with apples and pears amid the rotten lettuce and cabbage strewn in the gutter. There were other stores that I recall—musty, dark ones, some selling religious articles and others selling a mélange of odds and ends, in which the proprietor (often an Orthodox man in a skull cap) and his family lived in small, claustrophobic apartments in the backs of the shops.

There is much more to recollect: street games like red light/green light, ringolevio, box-ball, and stickball; sleazy, unshaven men taking bets outside a local candy store that supposedly made mythical egg creams; a world populated by people, few that I really knew but always recognized as part of the fabric of neighborhood life; and humdrum images like worn, solitary people sitting for hours on tenement stoops, clotheslines with sheets rippling in the wind and hung between tenements, and gossiping, matronly looking mothers constructing a near-impassable obstacle course by sitting with their bawling children and state-of-the-art carriages in front of my building.

My imagination was stirred by many of these mundane activities and sights, and even to this day it all strikingly comes back to me, providing some repose in the midst of a world in turmoil.