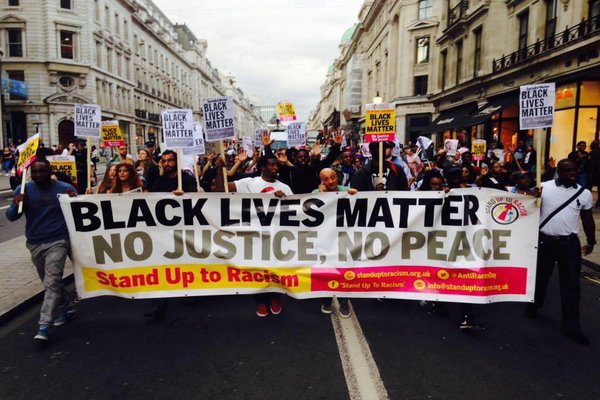 London has, for many years, been deeply impacted by a race problem that it has never adequately dealt with. It held its own Black Lives Matters marches after George Floyd’s death with thousands of anti-racism protestors descending on London. (Marches occurred in many other British cities as well.)  The protests were largely peaceful, but violent skirmishes did erupt in London for two nights in June 2020 with 10 police officers injured one evening.

Just like in the States, the marches drew many non-Black participants, who seemed passionately committed to social change. Still, what the marches will achieve in the long run in London is hard to predict, for Blacks are only 3 percent of England’s and Wales’ populations, so their political influence is profoundly limited.

However, the facts remain that there is a considerably higher unemployment rate among Black and Asian people than white British adults, and there are disparities in home ownership. Ethnic minorities are also underrepresented at senior levels across the public sector, and other statistics usually demonstrate Black social and economic inequality. Boris Johnson’s government will do the minimal to deal with these problems.

But the prime issue of the marches is the role of the police in the UK, especially London. The population of London is 60 percent white, 18.5 percent Asian, 13.3 percent Black and 5.5 percent mixed race. But though Blacks are a smaller percentage of London’s population than in many American cities, the police record in its relation to the Black population is as bad or worse. The results of an Evening Standard investigation showed that in London:

These statistics are reinforced by a London Black detective who wrote that: ”In my decade of service, I saw entrenched prejudice, open racism and discrimination, but also the police’s lackadaisical response to race equality. In my time on the force, I saw no real intention to stamp out racism and change the culture for the better, but only to suppress it.”

Recently, a Black police officer has written “that though the Met (London police forced) has undoubtedly made efforts to improve, it has introduced various schemes and assistance to Black and Asian officers and has developed a working conversation with local communities — none of it is sufficient. For as a Black officer, turning up every day to an environment where those in power use their bias against you — bias cultivated by an organization that refuses to truthfully acknowledge its history and persistent racism — makes it hard to feel safe.”

In 2019, the London police contained officers of Black, Asian and mixed and other backgrounds, who, combined, were 15 percent of the total force. But their growth in numbers has been a slow one. However, just like in New York City, the influx of minority officers, though necessary, has not made much of a difference in the police’s relation with minorities.

It’s true that, in Britain, most police don’t walk around with guns, and the prisons are much smaller. Still, a number of Black men have died because of police applying restraint. For example, in 2017, 20-year-old Rashan Charles lost his life in Hackney, east London, after being restrained by a police officer and choking on a package of caffeine and paracetamol in his mouth. There have been other cases, but after an inquest, the officers were cleared of responsibility. In fact, the last time a police officer was successfully prosecuted in the UK concerning the death of somebody in custody was in 1969.

Though the numbers of deaths following police contact are thankfully not as bad in the UK as in the U.S., there is no reason for the British to be smug when it comes to their own structural problems with racism or policing. Institutional racism exists at every level of their criminal justice system, from who gets stopped and searched, to who gets convicted.

Yes, knife crime exists in London, and Black and ethnic minority youths under 25 commit two-thirds of them. They usually involve drug gangs that come from economically deprived communities, and the victims are usually of the same race. But those facts do not justify a system in which, according to the Lammy Review in 2017, Black people, who comprise 3 percent of the overall population in England and Wales, currently make up 12 percent of its prison population, leaving us with the reality that the percentage of Black people in Britain who are in prison is higher than the corresponding figure in the U.S.

Clearly it’s the government that is most responsible for the racial situation, especially the Black community’s relationship with the police and judicial system. In addition, the BLM protest movement must address the crime and violence that exists within the Black community as well. It only destroys community cohesion, and undermines the quest for social change.