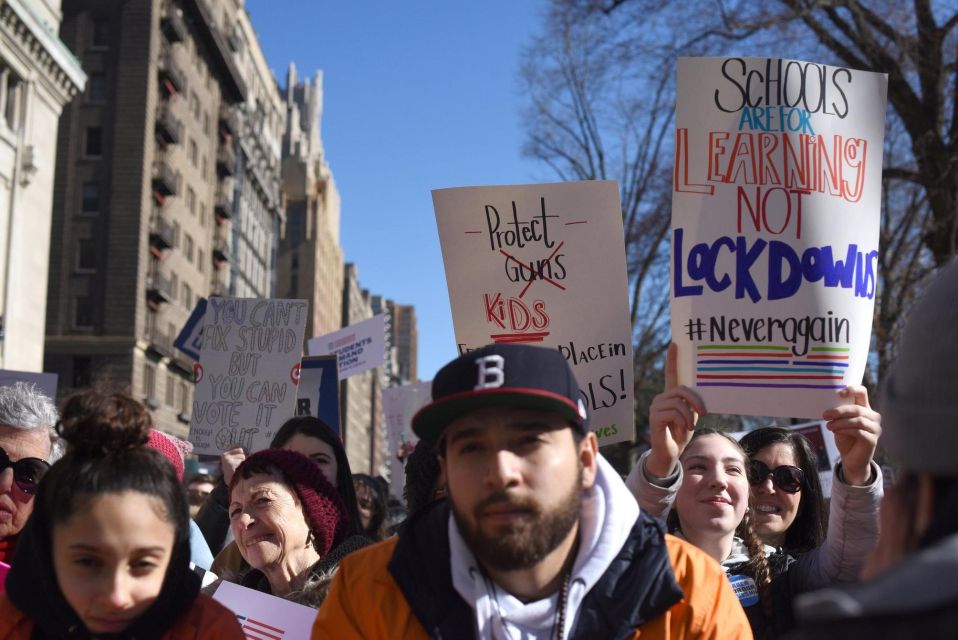 New York — My wife and I went with some friends on Saturday (March 24) to the New York City March for Our Lives. It was one of more than 800 “sibling marches” that took place around the world. The NYC March with 175,000 marchers echoed, on a smaller and less dramatic scale, Saturday’s rally in Washington, D.C., that attracted over 800,000 marchers.

That was where the extraordinarily eloquent voice of Emma Gonzalez from Parkland, Florida, one of Marjory Stoneman Douglas High School’s survivors and leaders spoke: “Everyone who was there understands. Everyone who has been touched by the cold grip of gun violence understands. For us, long, tearful, chaotic hours in the scorching afternoon sun were spent not knowing. No one understood the extent of what had happened.”

In Washington one also could hear the stirring, passionate voice of an 11-year-old African-American girl, Naomi Wadler, represent black women “who are victims of gun violence, who are simply statistics instead of vibrant, beautiful girls full of potential.” What Wadler’s speech meant was that inner city activists had succeeded in linking to the gun control movement the tackling of gun violence in poor and minority communities. For every day the number of people that have died in inner city neighborhoods probably equals the number who have been killed in mass shootings. But they don’t receive the headlines, and their deaths are often forgotten. I can only fantasize that this may be a political turning point, and the Resistance to Trump will combine middle class activists and minorities in one powerful movement. (E.g., I was handed a leaflet at the March calling for Justice for Stephon Clark, a black man armed with a cell phone mistakenly killed by Sacramento police. To me it was sign that it may be possible to merge the anger of the inner city with the popular call for gun control.)

I myself have gone on many marches so my body and voice would be counted, often with little hope that we would succeed in bringing about change. I liked the fact that there were many other people who shared my perspective against the Vietnam and Iraq Wars, even if our commitment did not bring results.

The young, the majority of them girls and women, dominated Saturday’s New York March. Most of the March’s vitality stemmed from their participation, and though the signs they carried didn’t compare with the wit of the signs that were brandished during the Women’s’ March in January — still there were some that caught my eye. For example: “Parents Want to Know if We Will Get Back From School” and “One Child is Worth More than All the Guns.”

My political anger towards those who hold power remains intact. But today on an NYC March I began to feel something has changed. I probably will march again, but the hope for political change now rests with the young, not with us old academics, writers, and activists. I already heard some pundits and politicians talking optimistically on TV about a possible sea change in America led by the young. Having seen the failure of a number of political movements led by young, I’m wary of being sanguine about the staying power of their moral passion and their willingness to endure defeats along the way.

But these Parkland, Florida, protestors are not the New Left or the Black Panthers, or Occupy. They are civil, personable, non-ideological, and consciously avoid rhetoric. Some already sound like politicians in the making, but they have energy and right on their side. So, maybe I should be optimistic, and believe the young are avatars of change. I also can only hope that their moral passion and political smarts will extend beyond the need for gun control to a number of other social and economic issues that confront this nation.