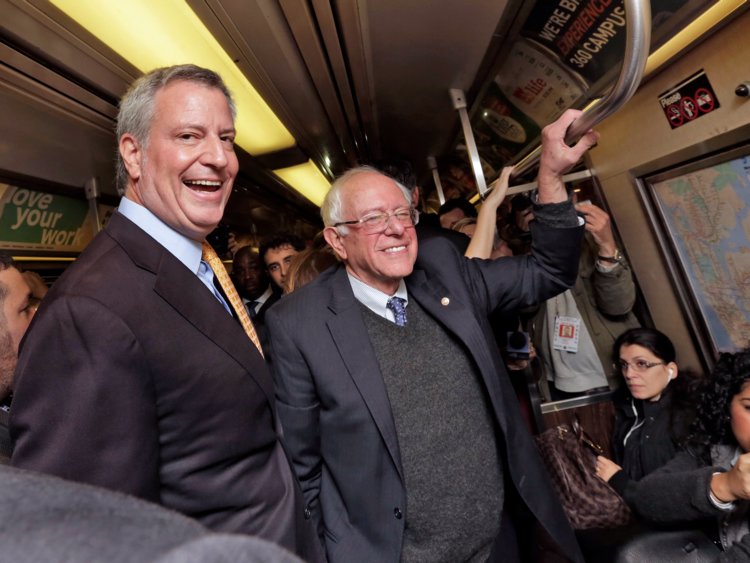 Bill de Blasio is in his final term as Mayor, and he is planning for the future by visiting early primary states like Iowa and New Hampshire. He claims he is visiting these states to spread the Progressive gospel: “Speaking as someone who has not ruled out a run, [there’s] always room for more progressive voices.” Obviously, he is contemplating joining the race for the Presidential nomination, and competing with a number of better-known national figures.

Why someone like the tone-deaf, awkward, charisma-lacking de Blasio thinks he has a chance in this race seems the height of self-delusion or fantasy? A tough-minded, NYC City Hall insider’s take on the matter seems exactly on target: “For what it’s worth, this isn’t real, this is posturing, this is an attempt to be relevant,” the insider said. “The man doesn’t have any infrastructure or money in the bank.”

Since the beginning of his second term, de Blasio who articulates the progressive creed everywhere he goes (e.g., the basic theme of his State of the City address was that money in the city is in the wrong hands and needs to be redistributed), has often proven ineffective in confronting a number of urban issues and problems. For example, the housing authority under de Blasio has received intense criticism from tenants’ groups, members of the City Council and a federal judge over unaddressed failures, some of which predate his mayoralty: untested lead paint, vermin, malfunctioning, and lack of heat in cold weather.

However, the soporific, sluggish U.S. Department of Housing and Urban Development Secretary Ben Carson recently made a deal with de Blasio by shedding a federal lawsuit against the Housing Authority, while at the same time HUD avoided taking responsibility for managing the city’s public housing. The deal will help eradicate poisonous lead, scrub out mold, and make the apartments more livable. There will also be a HUD monitor to oversee the Housing Authority’s progress, but no federal funds. Public Housing is hard to run effectively in any city, but in de Blasio’s case, progressive aspirations have not been sufficient to run it at all competently.

In the Amazon brouhaha, Cuomo and de Blasio dropped their ritualistic enmity, and operated as allies working to bring Amazon to Queens. But as we know when Amazon saw the extent of political and community opposition, they callously and abruptly withdrew bringing the company to Long Island City. This left de Blasio holding the bag straining to rescue his progressive credentials by accusing Amazon of caring only about “corporate image” and that their decision was “arbitrary and unfair to working people.” de Blasio was operating like most pols trying to make the best of an embarrassing political situation.

There is nothing unique or wrong in de Blasio’s mix of an affirmation of progressive principles and acting as a practical politician. In fact, it’s a necessity. The difficulty is that some of the city’s more intense problems like growing homelessness and income inequality defy easy solutions. And though he does directly address other complex problems like the many store vacancies that dot the city and the lack of minority students in our elite high schools—solving them will take time.

de Blasio is not an uncaring Mayor, and his social commitments are often the right ones, but somehow this awkward man is trapped in the persona of an ineffectual bumbler, and is unable or incapable of freeing himself.