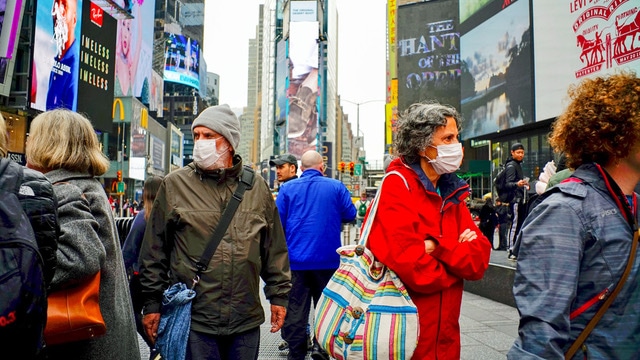 Stuck in the house for four/five days as the plague intensifies. The decision is more a result of my wife’s justifiable caution than my anxiety or scrupulous adherence to rules. I hate being entrapped in an apartment. But I have dutifully retreated and read, write and watch some execrable television, as well as two striking shows on HBO (e.g., one of them David Simon’s strong adaptation of Philip Roth’s prescient “The Plot Against America”).

But what I hunger for is some air and movement — a chance to hobble about in a park for a few minutes and look at strangers from a distance, nothing more. I have given up tangoing at Roseland, roller skating in Central Park and drinking with my male buddies at P.J. Clarke’s. And I can’t suddenly turn myself into Camus’ heroic Tarrou in “The Plague,” an ordinary man who fights the bubonic plague because he sees it as everybody’s responsibility — an act that ennobles him.

I also can’t really see what is happening on the streets of the city, for looking out the window at NYU’s shut buildings and the empty streets surrounding them tells me little except that most of the city’s major and minor institutions except hospitals and groceries are closed. But I read and too obsessively watch constant reports of the virus’ inexorable progress, and the various ways the city and state are dealing with the crisis. I have learned to have much more faith in the decisive, direct, unlovable Andrew Cuomo than the federal government that unconscionably delayed dealing with it for too long a time and now belatedly talks about saving lives, when the shameless Trump’s deepest commitment was to the health of Wall Street and large businesses not the people who get sick and die. And one fears that the federal government will pass the buck to the states.

Recently I read a very smart and passionate column by the gifted Michelle Goldberg in the Times about what is happening to New York. She wrote that, “In times of stress in New York — Sept. 11, the 2003 blackout, the aftermath of Hurricane Sandy — people gather for comfort and mutual assistance.” Of course, in this situation, we have to maintain social distance and isolation, so the city of 9/11 when I despairingly walked the streets and talked to strangers about terrorism and survival is no more. That’s what successful cities provide — public space where people meet and talk, and establish some semblance of a transient community — that’s something the coronavirus prevents. I was enveloped in the angst that flowed over all of us in 9/11, but the casual encounters and church services provided solace to get through those days. In addition, watching people put up photos in Union Square of relatives and friends whose bodies or whereabouts couldn’t be found: For even if we ourselves lost no one, it gave us a sense that we were all part of the city’s collective tragedy.

Goldberg went on to write, “When this emergency is over, people are likely to emerge into fundamentally changed cities, with economies in crisis and beloved restaurants, businesses and cultural institutions gone for good.” With Goldberg, I share the pain over the loss of even more small restaurants, cafes and unique small stores. The city will recover; people need its rich variety of interactions and experiences and its cultural offerings, and what remains of the city’s urban beauty. Nevertheless it will be a totally different place, shorn of much of what has made it singular.

For the moment, I am thinking of how the country will deal with the agony of the present. I hope that the government will give priority to all the people out of work who will have a hard time surviving, and not as it usually operates — the large corporations that may or may not need bailouts.