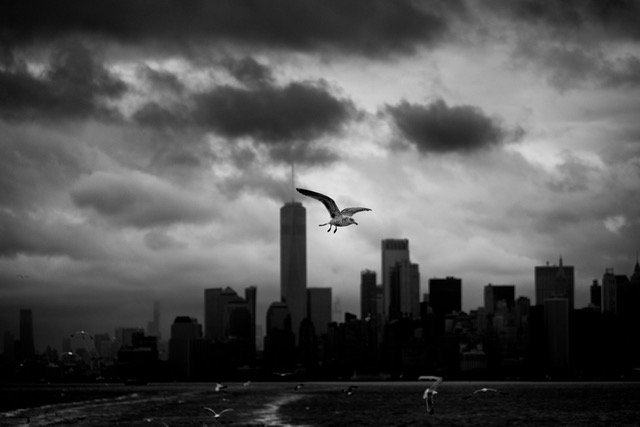 We are not in New York City now, but in quarantine and isolation in the Berkshires. But there is no escape from the pandemic. There aren’t that many cases up here yet, but they are certain to rise. I can’t stop watching and listening to the news and I read too many articles that often solely deal with COVID-19. The virus has pushed out most other stories from the Times and MSNBC and CNN, and it never leaves my mind. I stay in contact with friends who live in New York City, but they keep close to their apartments and houses and so far avoid conveying personal or public horror tales when we talk, though their despair, fear and sense of entrapment comes through in their conversation and emails. One old friend in his early 70s did have a mild case of the virus, which included, in his words, “16 days of headaches and fever, mild coughs, and malaise.” But at this time he is the only one.

What brings the virus’ impact fully home are the obits and the agonizing stories from doctors, nurses and hospital personnel who are on the front lines and overwhelmed by the number of patients and enraged by the government’s inability to provide sufficient PPE equipment that makes the job one that involves risking one’s life daily. And looking at a map that provides a neighborhood breakdown of COVID-19 deaths in the city, it’s clear there are many fewer deaths in upper middle-class and wealthy Manhattan areas, where many work from home, than in sections of Queens, where service workers and immigrants live and must go to work to survive.

But there are also photos and photo essays that convey the city’s painful desolation. The photos of the Staten Island Ferry with one isolated person bring back memories of the many years I traveled back and forth on the ferry to teach at my college. In those years, it was packed with commuters heading to or returning home from Manhattan jobs and tourists getting a good look at Statue of Liberty and the New York skyline.

That’s the nature of the city in normal times — crowded with tourists and New Yorkers briskly going to work or avidly seeking a variety of diversions and pleasures both high and low. But the photos capture a Fifth Avenue now almost free of traffic and abandoned by shoppers — a silent avenue free of the cacophony of sounds that define the city’s busy streets.

Another striking photo, of a lone seagull flying at dusk with the New York skyline in the background, evokes the feeling that nothing is left alive in the city as the plague has hit but that one solitary bird. And there is a nightmarish and intricate photo shot through the glass of the doors separating subway cars, capturing masked, melancholy people looking as if they are riding on a trip to hell.

The empty city eerily looks somewhat like the one in the Will Smith dystopian action thriller “I Am Legend” (2007). The film is set in New York City after a virus, originally created to cure cancer, has wiped out most of mankind, leaving Smith’s character as the last human in New York. But the city itself is not a setting for an escapist science fiction film, but a painfully real place that now only causes me grief.

However, though I am not an optimist by nature, I know once the plague ceases, life in the city will be irreparably changed. I still fantasize the city will come back as it did after 9/11 and it will maintain some of the intense, irritating and exhilarating qualities that make it my beloved New York.