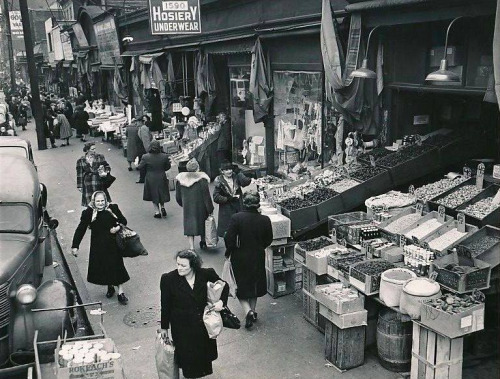 New York — I just wrote a lengthy essay for a British literary magazine about my Bronx childhood. I was struck by the fact, that instead of writing about memories of my family, I ended up depicting the public world I inhabited as a child. I remember enough about my family’s dynamics, and my own private reveries to have portrayed them in some detail. However, I focused on what was less personal, painful, and elusive–the social environment.

Yes, those streets, parks, schools, are much easier to invoke than what transpired in the home. Not that anything traumatic or particularly dramatic occurred there, but family interactions are subtler and harder to define and clearly had a more lasting psychic impact than my experiences walking and playing in neighborhood parks. So, I conjure up memories of the street games I played in childhood, the library I loved, the functional park that was my introduction to nature and that offered a variety of places to play ball, and the oppressive parochial school I was forced to attend that turned me off organized religion for good.

There are also all those images that I can resurrect from childhood — from how various streets, shops, and markets looked, to the people I saw in passing: young toughs, left-wing, Yiddish-speaking garment workers, salesmen passionately polishing their cars on Sundays, and housewives sitting outside my apartment building gossiping, shouting at their toddlers and pushing their infants’ carriages. It’s the neighborhood I lived in until I left at twenty-one for graduate school– a circumscribed, and culturally bereft world — one I avoid sentimentalizing. So I consciously leave out images of old clothes men, knife grinders, candy stores that sold the best egg creams, and listening to radio shows from Jack Benny to Martin Block’s Make Believe Ballroom.  That’s what pop books on the Bronx celebrated with much pleasure. And until I was sixteen and began to desire a more expansive life, I was satisfied with my books, friends, and the ball playing that took up a great deal of time and opened itself up to fantasizing (dreams of glory that seem in retrospect a bit absurd). My childhood and adolescence were no idyll, but more often than not I was contented.

Nevertheless, if I’m willing to dig a bit more deeply and honestly into memory, I’ll be able write a piece about my inner life as a child that included my fears, insecurities, and nightmares. Quoting the late British novelist Anita Brookner. ”The business of old age is recollecting.”