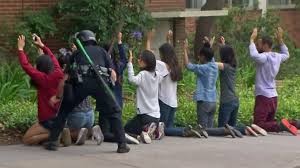 New York — When Bill De Blasio initiated his campaign for Mayor in 2013, he spoke of bridging the gap in a city that had become “a tale of two cities.” De Blasio spoke passionately about growing economic inequality, and promised to end economic policies that favored the rich. De Blasio has made a few strides towards greater equality — a pre-K program in place, and a controversial and bold plan to build or preserve 200,000 units of below-market, “affordable” housing among other proposals. But because neither the state nor federal government has the political will or desire to sufficiently address housing, it’s up to the city to do what it can.

De Blasio has stated: “In the end, on so many problems related to inequality, cities have to innovate solutions, because no level of government above us will take the responsibility for those issues, even though it should be their natural responsibility.”

Despite De Blasio’s best intentions, we still live in a city defined by economic and social inequality. In 2010 the median income of the richest 1 percent of New Yorkers shot up to more than $716,000 per year in 2010 from $452,000 in 1990, and the richest 20 percent made more than half of all the money earned by New Yorkers. I’m certain we haven’t achieved a more equitable city since then.

My feeling of living in two cities was heightened the other day by a lengthy article in the New York Times about a murder at a hard-drinking party in a housing project in the South Bronx. (After East New York the area is the second deadliest in the city this year.) The man, Julian Washington, was raised by his grandmother, after his drug addicted mother abandoned him and his siblings.

He was unemployed and had a talent for dancing, and, most importantly, was a heroic victim who was killed intervening in a drunken fight. I read the story with interest and compassion for Mr. Washington, but by the next day I barely remembered it happened, as did the newspapers (I see much more thorough media coverage of the murder of a white woman jogger in Queens), and he became just another black, inner city victim of violence.

Summering in the Berkshires and living in the Village, I may still have memories of the South Bronx from my childhood, but those who live there today exist in a separate city from my own. I remain generally insulated from what they daily confront, and I can’t say that my commitment to political movements and social legislation, that would possibly make a genuine difference in their lives, brings me any closer to their pain. Still, only the rare few among us could emotionally survive, by not inuring ourselves to the daily horror of living in Syria or being in a migrant camp in Europe, or even from people living more economically and socially difficult lives in the city we share.

Despite the newspaper articles depicting the gentrification of the South Bronx, life in the projects and much of the surrounding streets is of a different order than living on the West Village’s Bank Street or Park Slope’s Prospect Park West.

Yes, my upper middle class city is safer, often more aesthetically pleasing, and easier to live in. But the other city is another story. I know feelings of guilt are futile, but one must at least be conscious that the soul of the city is lost when such great inequalities continue to exist and grow.