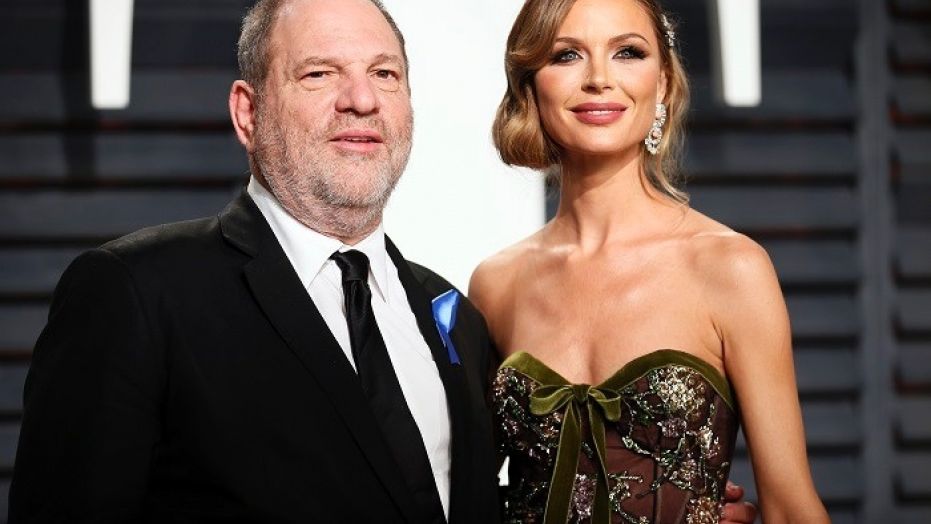 New York — The revelations about the contemptible behavior of Harvey Weinstein and other male power wielders are not too surprising. For the casting couch existed in Hollywood throughout its history; one remembers from fiction and film the stereotypical image of aging, porcine, cigar-smoking producers taking advantage of starlets in exchange for offering them movie roles.

The overweening power of ruthless men like Weinstein and the active collaboration of subordinates and others–their managers, publicity people, lawyers and the victims themselves, who were often too frightened about the fate of their careers–has helped preserve an ominous public silence for many years. (Weinstein has gone further than others that were exposed, pushing back and hiring a firm started by former Mossad agents to gather unflattering material on his accusers.)

Of course, we shouldn’t automatically believe every charge made against these men, and there is a need to distinguish between innocent flirtation, or low-key harassment, and truly horrific sexual behavior. Though one knows that as the accusations proliferate in the media, some distinctions will get blurred, and a few innocent men may painfully be thrown to the wolves. Still, one is gratified that the Weinsteins, Cosbys, and Tobacks — the predators of the world — pay for their many years of transgressive behavior. And I am somewhat hopeful the recent disclosure of these squalid encounters will result in creating a greater equity between men and women who work together.

Other quandaries present themselves when male predators are creators of good art. How do we separate the work of art from the character of the artist? For example, how does one deal with I Love You Daddy, the new film of the gifted comedian/director/writer Louis CK? He has taken belated responsibility for past abhorrent sexual behavior, and done so probably more openly than any other man caught up in the scandal (not an action that should absolve him for the many times he indulged himself with impunity.) But his new film itself is about sexually inappropriate behavior — a 68-year-old producer who likes young girls — and it also pays homage to Woody Allen’s Manhattan, another film about an older man’s queasy relationship with a 17-year-old girl.

NY Times critic Manohla Dargis writes that on her first viewing the film (not yet available, to the rest of us, and it possibly never will be) “made me laugh at times uncomfortably, but part of its power was that it also seemed confessional.” On a second viewing she found the jokes “cruder” and “uglier.” But she did not call to withdraw it from distribution, however distasteful she found it.

In my view one can condemn the behavior of the artist, and find his vision distasteful (e.g., the blatant sexism of Norman Mailer’s fiction, the anti-Semitic outbursts and gratuitously violent films of Mel Gibson), but only in the most extreme cases should we think of banning. A director like Roman Polanski may be a sexually rapacious figure, but he has made some very fine films (e.g., Chinatown, The Pianist, Repulsion), and in the end is one of many first-rate artists who have behaved badly or brutally towards women over the centuries. It’s an old debate — shades of the lengthy discussions about banning the films of the Nazi fellow traveler, and in this case a woman, Leni Reifensthal (Triumph of the Will) — who was a great filmmaker, and who had, at the same time, vile dangerous politics that permeated a number of her works.

Serious works of art simply don’t follow prescriptive guidelines or offer sanitized emotions — we honor them for this. They are complicated and yes, sometimes destructive and odious. The instincts and feelings that serious art is rooted in defy being controlled. We can analyze and condemn the artists’ perspectives, but their freedom to express their vision and continue to be published, screened and exhibited must not be interfered with.

The public exposure of the predatory politicians, actors, TV personalities who harassed girls and women (and boys) should have happened a long time ago. But since men in most cases held and still hold power — nothing was ever done, and too many women have had to suffer. We have seemingly reached a moment in history where the predators and harassers will finally have to pay for the acts they have committed over the years. It’s hard to imagine that this sort of sea change in the relations of men and women may happen in an era dominated by a macho President who himself has a history harassing women. Let’s hope the time comes when Trump’s actions are also unmasked and he too is punished.