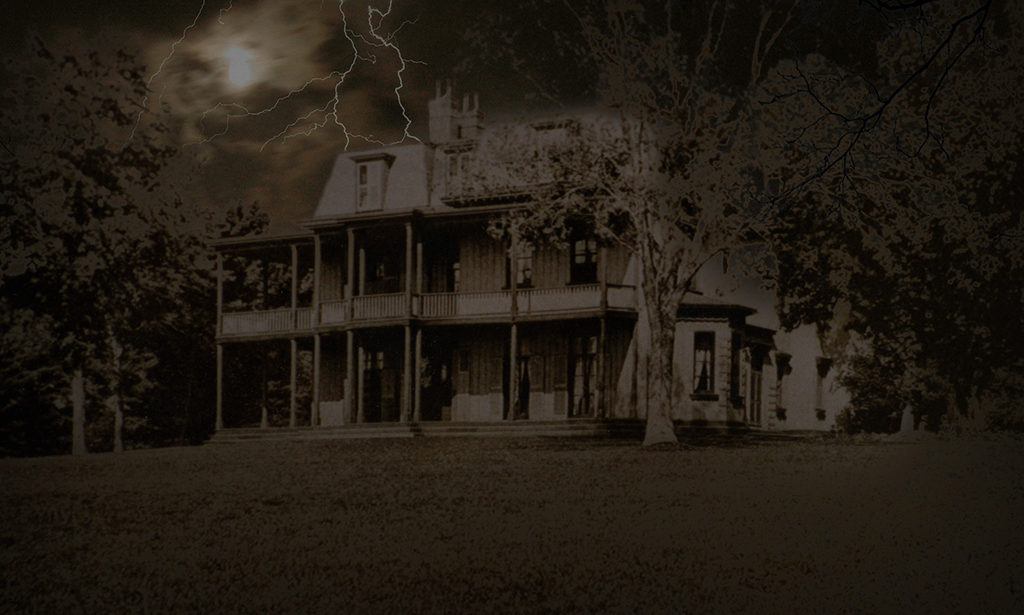 Leonard Bernstein and the haunting of Highwood Manor House

Lenox — Did Leonard Bernstein say, “I do believe in spooks!” as he ascended the stairs one night at Tanglewood’s Highwood house? No. But what he did say inspired John Williams to compose “Highwood’s Ghost, an Encounter for Harp, Cello, and Orchestra” for Bernstein’s centenary, which has been Tanglewood’s focus all summer. (The 2018 Tanglewood season culminates in an extravagantly cast gala concert on Bernstein’s actual birthday, Saturday, August 25.) On Sunday, August 19, Andris Nelsons led the Tanglewood Music Center Orchestra in the world premier of “Highwood’s Ghost,” featuring soloists familiar to everyone: Boston Symphony principal harp Jessica Zhou and cellist Yo-Yo Ma.

Although best known for his Academy Award-winning film music, John Williams has over the decades written dozens of concert pieces, several of which have received premier performances at Tanglewood. Ranking high among them, “Highwood’s Ghost” stands apart from its predecessors by juxtaposing whimsy and dread in a quirky amalgam of the sweet and the spooky. No one juxtaposes whimsy and dread better than John Williams, but even he, at the age of 86, continues to refine his technique, limiting himself to none of the musical formulas he himself established over the course of half a century of filmmaking. Instead, he keeps inventing new formulas, and he employs them effectively in “Highwood’s Ghost.” 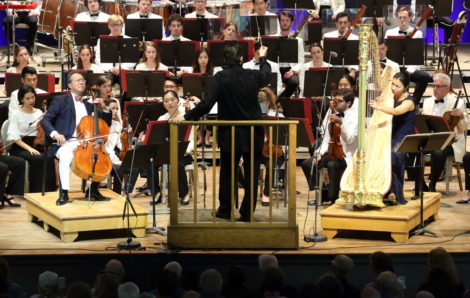 These days, John Williams achieves his dramatic aims — establishing various moods and transitioning between them — with a subtlety and sophistication that you might not hear in his earliest work. His music has always evinced profound erudition, but he learns something new every day. He continues to perfect his craft.

There are plenty of suspenseful moments in “Highwood’s Ghost,” but the prevailing mood of the piece is lighthearted, probably because Williams regards the famous apparition as a “seemingly very pleasant spirit.”

So, exactly what did Lenny say? The answer comes directly from Williams:

“I well remember one night,” he writes, “as Lenny was making his way up the first stairwell, exclaiming ‘this place is haunted!'”

Williams was unfazed by Bernstein’s bizarre revelation. After all, he had dealt with equally strange phenomena long before he had scored “Gidget Goes to Rome” or “Harry Potter.” He was also familiar with some of Lenny’s quirks and foibles:

“It may be expected,” he writes, “that Lenny, genius that he was, might have had a special ability to receive transmission from the sphere of spirits and signs.”

In any case, Lenny’s legendary encounter at the Highwood Manor house wouldn’t be the last time he would detect paranormal activity on the Tanglewood grounds. Former Bernstein assistant Charlie Harmon, in his memoir “On the Road & Off the Record with Leonard Bernstein,” recounts another spooky incident, this time on the Shed stage during a performance of Beethoven’s third symphony:

After an especially stirring Beethoven performance, LB seemed preoccupied. Before greeting his fans in the green room, he said to me, “In the second movement [a funeral march] I saw somebody walking across the back of the stage. I wondered why anybody would be back there.”

I stopped what I was doing. Dr. Koussevitzky, founder of Tanglewood, died in 1951.

Be sure to read Dan Dwyer’s full review of Sunday’s concert.

Bravo to those who contribute their own money for the public good.

Thank goodness there is a "lot of money in the Berkshires". Unfortunately, most of this money was not made ...