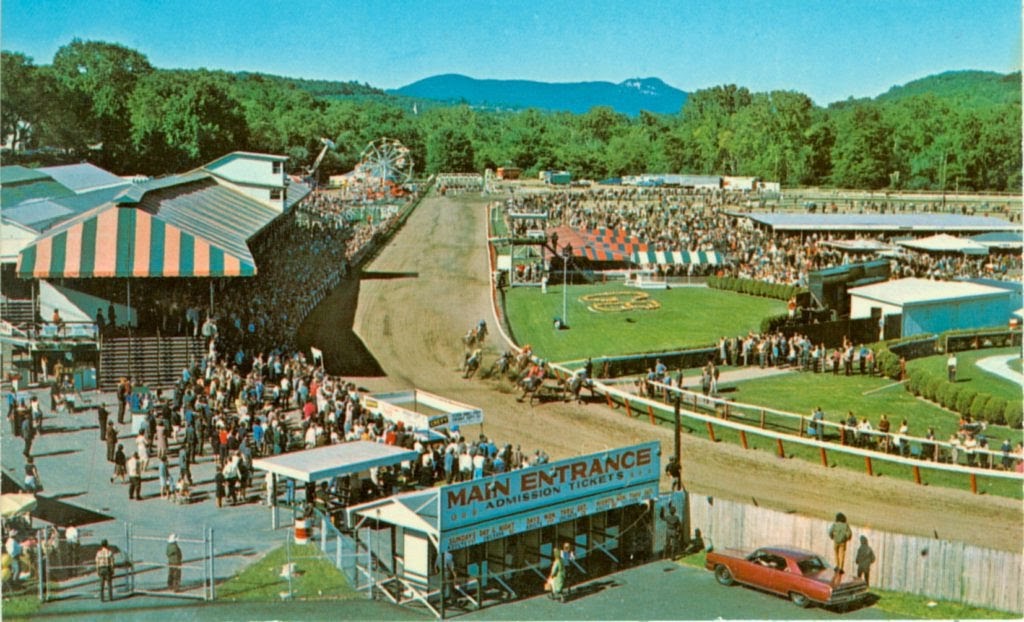 In the earlier days of the Great Barrington Fairgrounds horseracing was one of the featured events, as this photo from the 1980s attests.

Great Barrington — When Great Barrington’s home-rule petition on horse racing gets a hearing later this month in Boston, the town will be represented by one of its own.

At Thursday’s selectboard meeting, the board voted unanimously to designate selectboard member Leigh Davis as its representative at a public hearing before the Joint Committee on Consumer Protection and Professional Licensure at the State House.

The hearing is tentatively scheduled for Jan. 27. Davis will convey the results of a special town meeting last month that overwhelmingly approved the petition. Click here to read a letter to the joint committee signed by all five selectmen endorsing the home-rule petition.

At a special town meeting at Monument Mountain Regional High School auditorium Dec. 11, almost 300 residents overwhelmingly passed a warrant item on a home-rule petition requesting Great Barrington’s representatives in the state legislature to introduce legislation requiring approval of a horse racing license at both an annual town meeting and by a majority ballot vote.

There is no proposal currently before the town but Sterling Suffolk Racecourse has reached a lease agreement with fairgrounds owners Bart and Janet Elsbach to bring thoroughbred racing back to Great Barrington for up to 40 days in the months of September and October with the goal of starting in 2020, though that timeline seems unlikely at this point. The company expects to spend between $15 million and $20 million on the project.

The need for a change in state law is of the reasons for the proposed legislation, which has been referred to the aforementioned Joint Committee on Consumer Protection and Professional Licensure and is still pending on Beacon Hill even without the sponsorship of state Sen. Adam Hinds, D-Pittsfield, who withdrew his support last year.

Davis, who is in her first year as a member of the selectboard, immediately took an interest in the subject when she heard that the legislation had been proposed last year. A group of area residents subsequently formed Citizens Concerned About GB Horse Racing, which organized the home-rule petition. Meanwhile residents are organizing written and oral testimony to support the petition at the hearing in Boston on Jan. 27.

For more information, see the following news stories and commentaries on The Edge: