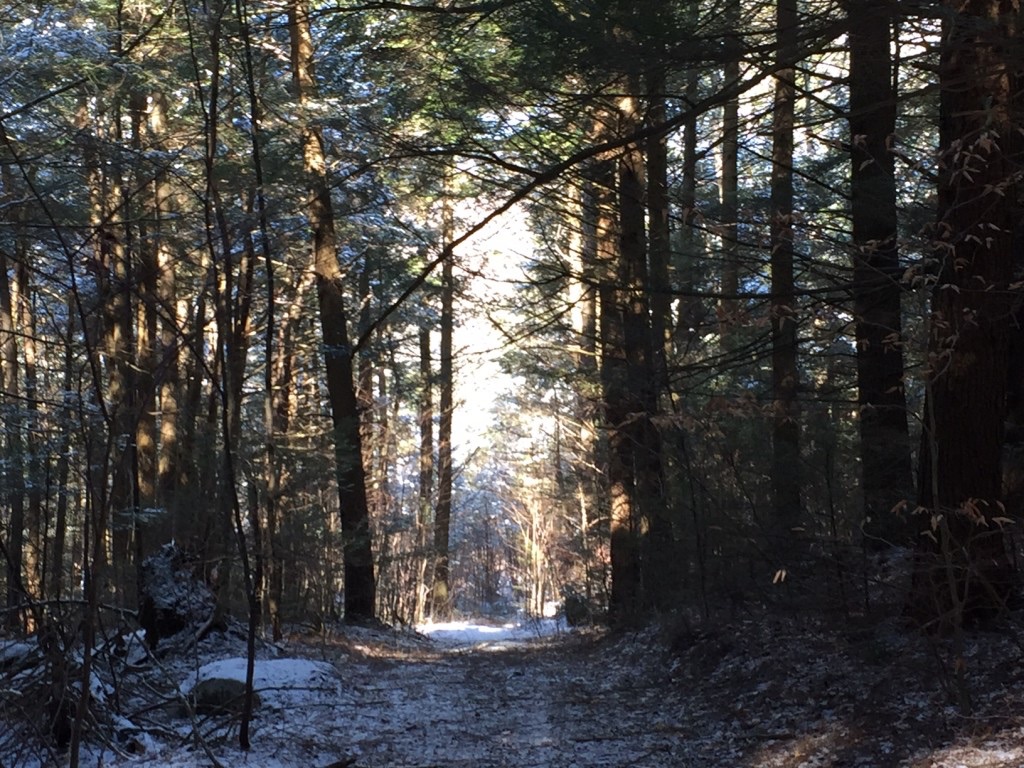 Although Berkshire Superior Court recently reached a final decision on the issue of compensation owed to the town of Sandisfield by Kinder Morgan subsidiary, Tennessee Gas Pipeline (“Tennessee”), other issues surrounding the Connecticut Expansion are still alive and kicking in the First Circuit Court of Appeals, the Massachusetts Department of Environmental Protection, and the Federal Energy Regulatory Commission (FERC).

In issuing his May 9, 2016 order granting Tennessee eminent domain, Judge John A. Agostini acknowledged that Tennessee had not yet received its Section 401 water quality certification from the state of Massachusetts. He also stated that, although FERC’s Certificate of Public Convenience and Necessity could be finalized before all permits had been issued, “It is axiomatic that the project cannot commence without complying with all conditions in the Certificate.”

Now, however, it seems that Tennessee is jumping the gun and attempting to move forward despite gaps in the necessary requirements.

On January 27, Tennessee requested that FERC grant it a limited Notice to Proceed with tree felling for the project in New York, Connecticut and Massachusetts. The company stated that Massachusetts had granted it the necessary Clean Water Act section 401 water quality permit.

Several entities vehemently disagreed, sending letters to FERC asserting that tree felling should not begin and stating that the water permit was not at all “final.” To claim otherwise was, in the words of MassPLAN, “apparently intentionally misleading.”

In fact, whether or not the permit is final is an issue now before the First Circuit Court of Appeals.

After its issuance in June, the Berkshire Environmental Action Team (BEAT) and others challenged the permit on the grounds that the Mass DEP had failed to require Tennessee to comply with a number of Surface Water Quality standards.

Tennessee appears to think that a decision by the First Circuit that the permit is, in legal language, “a final agency action” will hasten the start of the company’s natural gas pipeline project, and that a decision that it is not final will leave it languishing in the Massachusetts DEP’s Office of Appeals and Dispute Resolution.

The DEP, however, argues that continuing its procedures will not delay the project, and that its administrative procedures should not be cut short. So far, the agency has held a hearing on January 18, where nine witnesses filed testimony. A decision by the DEP Commissioner is expected March 27.

The Massachusetts water permit, at any rate, is far from final. Tennessee cannot begin without it.

In its January 27 letter, Tennessee stated that FERC continued to engage in tribal consultation under Section 106 of the National Historic Preservation Act. This bland statement covers up the reality that the agency belatedly discovered that 21 ceremonial stone landscape features would be destroyed by pipeline construction.

The agency has admitted that it was unaware of the sacred landscapes when it approved the originally proposed route adjacent to the existing pipeline.

FERC implied in a December letter that it might have chosen an alternative route if it had known about the Tribal features, stating that the agency had evaluated several alternatives to the project in its environmental assessment, but had approved the current route before the ceremonial stone landscape survey in Berkshire County.

The Certificate granted to Tennessee was, therefore, issued in violation of the regulations of the National Historic Preservation Act, which require that tribal consultation be complete before approvals or licenses are issued.

In fact, it appears that there continues to be disagreement among the Tribes about a remedy to the situation.

“With identification and avoidance as goals, our expectation was that identification would trigger avoidance –800.4(a)(4) [of the National Preservation Act regulations] requires nothing more.”

However, the Stockbridge-Munsee Community Band of Mohican Indians, in whose ancestral territory the stone features are located, are willing to allow Tennessee to break up the 21 stone landscapes in the path of the pipeline, and reconstruct them elsewhere. The Advisory Council on Historic Preservation, which advises on issues involving Tribal consultation, agreed with this approach.

In a January 27, 2017 letter to FERC, the Advisory Council informed FERC that it would enter the consultation with FERC and the Tribes to finalize a Memorandum of Agreement.

Like the Massachusetts water permit, the consultation and Memorandum of Agreement are far from final. The Connecticut Expansion project cannot begin without them.

Counsel for the Sandisfield Taxpayers Opposing the Pipeline responded to the Tennessee request to begin felling trees by sending a blistering letter to FERC asserting: 1) that no tree felling could begin without final federal permits; and 2) that FERC should rule on S.T.O.P.’s Request for Rehearing that was filed 10 months ago.

S.T.O.P. also made the point that Commissioner Norman Bay was stepping down as Commissioner and would likely not be replaced before four months time – leaving FERC without a quorum, and, therefore, incapable of ruling on S.T.O.P.’s petition. S.T.O.P sought to have a ruling before Chairman Bay departed; but on February 3, he left. No ruling was made before then.

The attorney for S.T.O.P. warned FERC that if no ruling were made on the Rehearing Request, S.T.O.P. would “explore other legal remedies to protect its members property and due process rights as well as the environmental health and safety of the broader community.

When FERC’s Chairman, Norman Bay resigned from the Commission, he had parting words about the dangers of overbuilding infrastructure. He warned the commission about approving unnecessary pipelines, asking it to consider its practice of relying on agreements with gas shippers as evidence of the need for pipelines. “Anticipated markets may fail to materialize,” he wrote.

His warning is relevant for the Connecticut Expansion. In 2013, Connecticut unveiled its Comprehensive Energy Strategy (CES). The centerpiece of it was the state’s embrace of natural gas for home heating.

As the price gap between oil and gas has narrowed, Connecticut homeowners have not been rushing to convert.

MassPLAN’s Kathryn Eiseman wrote to FERC, “The LDCs cite Connecticut’s 2013 Comprehensive Energy Strategy…as a basis for urgency [to construct the Connecticut Expansion pipeline]. In fact…the LDCs’ customer demand has not lived up to the forecasts originally put forth to justify those contracts.”

In a June 15, 2016 letter to the Department of Energy and Environment from Connecticut Natural Gas and Southern Connecticut Natural Gas, the executives reported “The companies’ forecasts of new customers for calendar year 2016 has been reduced 47.8 percent from the goals set forth in the [CES] Plan…Decreasing oil prices have reduced the typical customer cost-savings by more than 66 percent in just 2 years (2013 – 2015).”

A December 2016 article in the CT Mirror, “CT works on a new energy strategy as old one misses the mark,” states “Conversions to gas for heat are far below their original targets.”

Now, state officials are updating the CES, as required by law. How will gas be treated? Should the need for infrastructure – and, possibly the Connecticut Expansion — be reconsidered?

Natural gas use is on the downswing in New England

Although the report focuses on the Access Northeast pipeline and electricity generation, it provides a useful overview of the reasons that all fossil fuel infrastructure should be examined critically:

Connecticut, Massachusetts and Rhode Island have also joined forces to deploy “the Clean Energy RFP,” by collectively selecting approximately 460 MW of clean energy resources, consisting of a mix of wind and solar power.

And, complementing state policy-making, market forces have pushed wind and solar forward. In recent years, both have become far cheaper to produce.

A Bloomberg News article from last April –“Wind and Solar Are Crushing Fossil Fuels” – states, “while two years of crashing prices for oil, natural gas, and coal triggered dramatic downsizing in those industries, renewables have been thriving. Clean energy investment broke new records in 2015 and is now seeing twice as much global funding as fossil fuels.”

Should Connecticut and its LDC’s take a harder look at the need for the Connecticut Expansion in light of the dramatic shift in energy markets since 2013, the inception of the pipeline project?

If they were to do so, Otis State Forest might yet remain pristine, peaceful, and protected by the Commonwealth’s constitution.