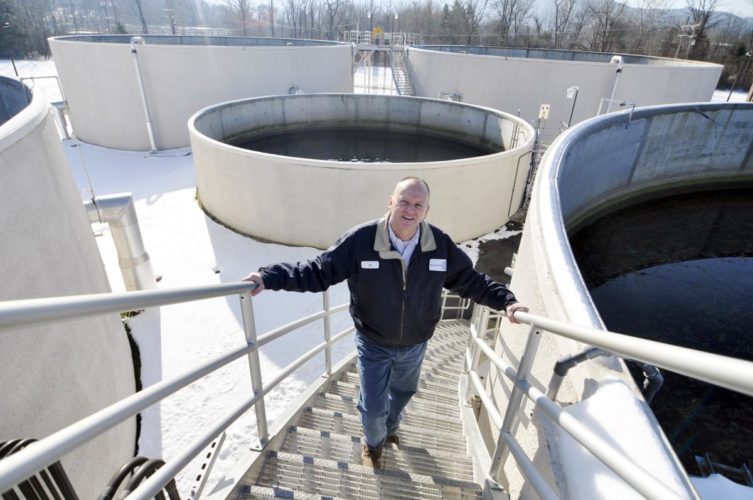 Alan "Zippy" Zerbato at the Lee wastewater treatment plant. Photo courtesy of the Town of Lee.

Alan, more commonly known as “Zippy,” has served as superintendent for the past three years. Prior to this, Zerbato was the chief operator of the town’s wastewater facility.  During that time, Zerbato and his team were recognized and awarded for having one of the top facilities in the state.

In recognition of Zerbato’s commitment to the town for over nearly four decades the select board voted on June 7 to rename the road to the wastewater treatment plant to “Alan Zerbato Way.”

“It has been an honor working with Zippy during my first few months as administrator,” Brittain said. “It was great having someone to work with that possessed his background, knowledge, and dedication to the town.”

Zerbato’s position as superintendent will be filled by Lee resident Leonard Tisdale Jr.  Tisdale joins the town with over 20 years in construction related management, 13 of which include work as a municipal superintendent.

During his time with other Berkshire municipalities, Tisdale secured over $3 million dollars in grant funding for infrastructure and is looking forward to serving his hometown of Lee.  Tisdale will be leading four divisions of the public works department including highway, water, wastewater, and cemetery.

“Lenny brings both private sector and public sector experience with him” said Sean Regnier, who chairs the select board, “By hiring him, the town hopes to continue to serve the community to the best of our ability.”