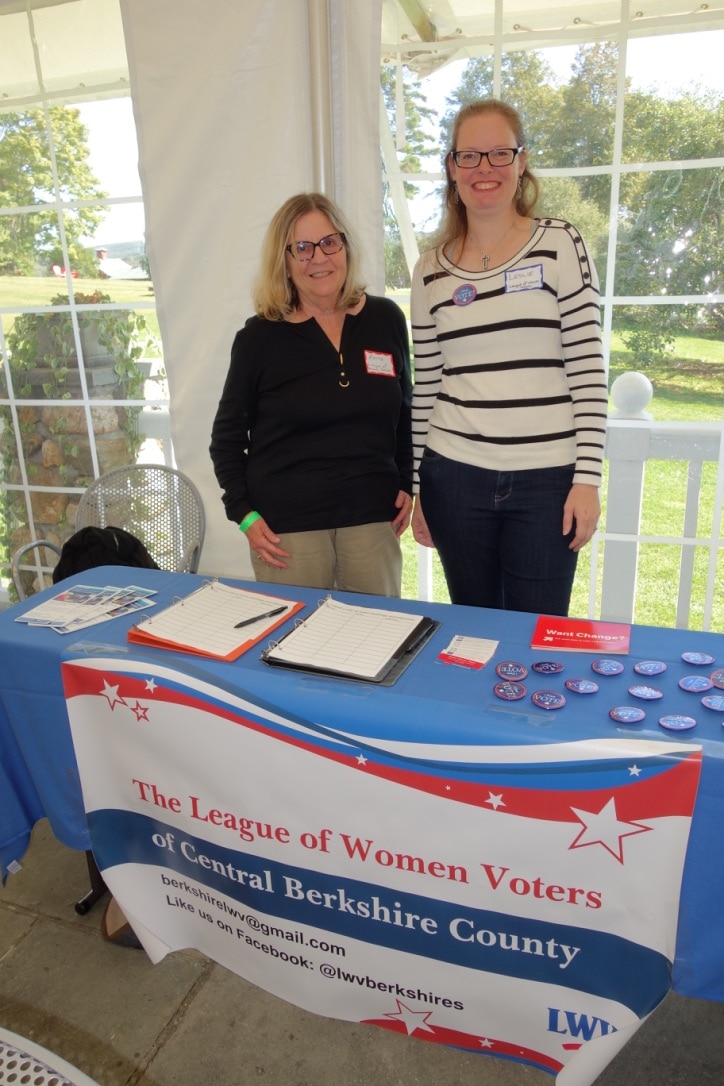 Pittsfield — Thank the 19th-century agrarian way of life for the fact that, as a nation, we vote on a Tuesday in November. A plethora of American farmers, most of whom lived a great distance from their local polling places, needed to be taken into consideration when the system was streamlined nearly 175 years ago. Spring and early summer elections were thought to interfere with planting, while late summer/early fall elections overlapped with the harvest season. With Wednesday earmarked for market day and Sunday reserved for worship, a Tuesday in November — after the harvest, but before the arrival of winter’s wrath — made most sense. This custom of weekday voting, in which Pittsfield residents will take part this year on Nov. 5, began in 1845 when Congress passed a federal law designating the first Tuesday — following the first Monday in November — as Election Day. Prior to that time, states were allowed to hold elections at any time within a 34-day period before the first Wednesday in December.

Over the past three years, the Central Berkshire County Unit of the League of Women Voters has been on hand to support Berkshire County residents in all matters pertaining to Election Day. At the top of their list? Demystifying just how one registers to vote. One must be a United States citizen, a resident of Massachusetts, and at least 18 years old on or before the next election; from there, the quick process can be completed by mail or at your local town hall; if you currently hold a Massachusetts driver’s license or state ID, you may register to vote online. Furthermore, young people who are not yet 18 years old may register to vote at the Registry of Motor Vehicles prior to turning 18. “We want to energize the masses, that’s our goal,” said Leslie Sears, who was instrumental in the unit’s reiteration. In her current role as secretary, she has helped the unit swell to roughly 45 paying members, with another 30 or so individuals in the wings wanting to stay informed and included.

“Starting a chapter is a long process,” she shared in a recent phone interview. “[The League] wants to ensure the unit is set up for success, and will not simply pop up and disappear overnight,” Sears added, which, considering the League’s 100 year history, makes sense.

The nonpartisan organization — a merger of National Council of Women Voters, founded by Emma Smith DeVoe, and National American Woman Suffrage Association, led by Carrie Chapman Catt — was established Feb. 14, 1920, six months prior to the Aug. 26, 1920, ratification of the 19th Amendment, which gave men and women equal voting rights. In Berkshire County, the League is what Sears calls “a core starting place,” one that asks “How do we get people to register to vote?” with the assumption being that they will then vote. But it’s not so simple, as Sears and her fellow member-volunteers have learned. “Once you realize how easy it is to [register to vote] in Massachusetts, you realize that’s not necessarily the thing that keeps people from voting” come Election Day. In fact, there are myriad other barriers.

New regulations relating to early voting in Massachusetts became effective Aug. 26, 2016, in time for the 2016 presidential election; funds needed to provide this service came from a one-time grant. Rep. Tricia Farley-Bouvier, D-Pittsfield, serves on the committee working to extend early voting for all elections in Massachusetts. “She understands the difficulty of voting in Pittsfield, the access issues,” Sears said. Same-day voter registration — not available in Massachusetts but in place in Vermont, New Hampshire, Maine and Connecticut — would “drastically expand turnout,” cited Sears, who pointed to evidence from the 20 states that have enacted same-day registration provisions.

For the moment, Sears is focused on Pittsfield, where incumbent Mayor Linda Tyer is being challenged by Councilor at Large Melissa Mazzeo. “I’m interested in turnout numbers,” she said, which, historically speaking, is cause for concern. In 2018, there were 28,590 eligible voters in Pittsfield with a 59% turnout rate Nov. 8 for the state election, according to the City of Pittsfield’s website. In the wake of low voter turnout, questions arise: What are the current barriers to civic access? What are concrete steps we can take to address those? The way Sears sees it, much is driven by what [League] members are passionate about as well as their limitations. There will be no formal League presence in Pittsfield on Election Day, save for those actively involved in individual campaigns and efforts. Sears called this “a blessing and a struggle in our area.” Because the League is nonpartisan (affiliated with neither the Democratic or Republican parties), there comes a point where one can only wear one hat, she added.  “[Those supporting a particular candidate] must take a healthy distance, and we encourage that,” she said. “We don’t want to get into any grey area.” Sears hopes to have a more official presence during the 2020 presidential election where, if all goes according to plan, volunteers will be on call to provide transportation to and from the polls. “My hope is that we can get people for the 2020 election who are committed long before and who establish a presence,” Sears said. For those Pittsfield residents unsure as to where to cast their ballot? Visit the polling place locator.

While we are no longer a community of farmers, progress is being made around this innocuous early November day. On Tuesday, the fourth annual district-wide Professional Development Day will take place across Berkshire County — including more than 1,000 educators across nine districts — which means school will be closed from Sheffield to Williamstown and all points in between. This might just leave parents in Pittsfield with a conundrum on their hands: How to get to the polls with young children in tow? “We do know that one of the things that makes kids want to vote is seeing their parents modeling that civic duty,” said Sears. So if you are registered to vote, go and vote; if you are unsure as to how to register, check out this link. As for the rest? Sears hit the proverbial nail on the head: “It’s the steps after that that are harder and take more persistent work.”

The Central Berkshire County Unit of the League of Women Voters of Massachusetts will take place Tuesday, Nov. 19, from 5 to 6:30 p.m. at the Stockbridge Library, Museum and Archives.