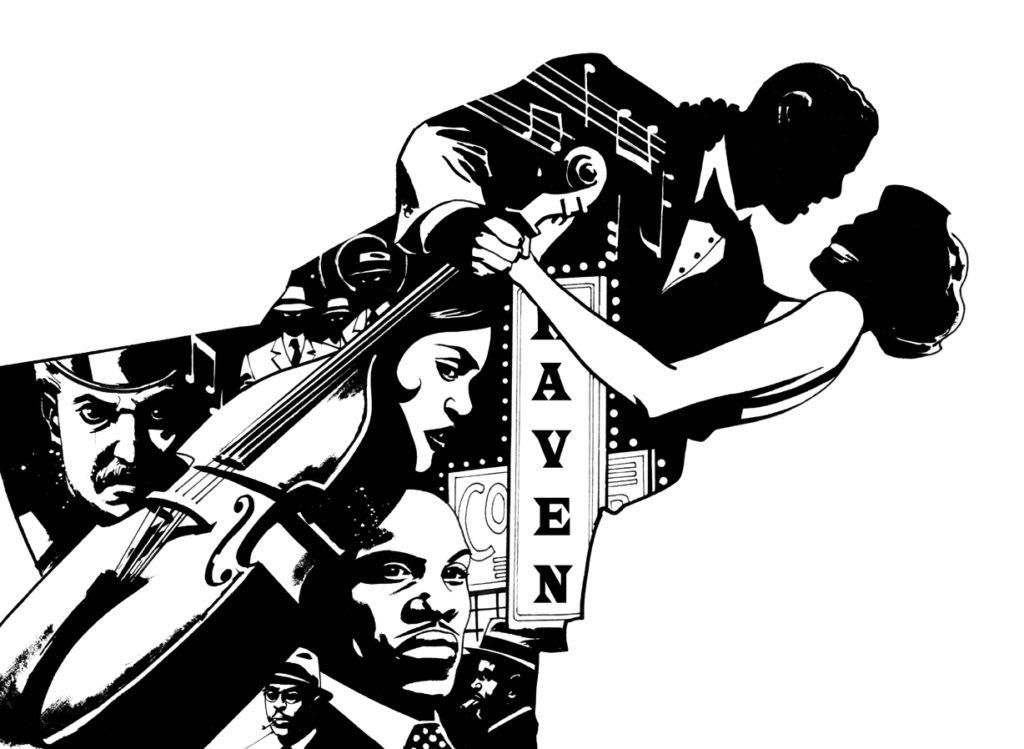 The Ren, a graphic novel announced for fall publication, will feature W.E.B. Du Bois as a minor character.

A comic book, for example. 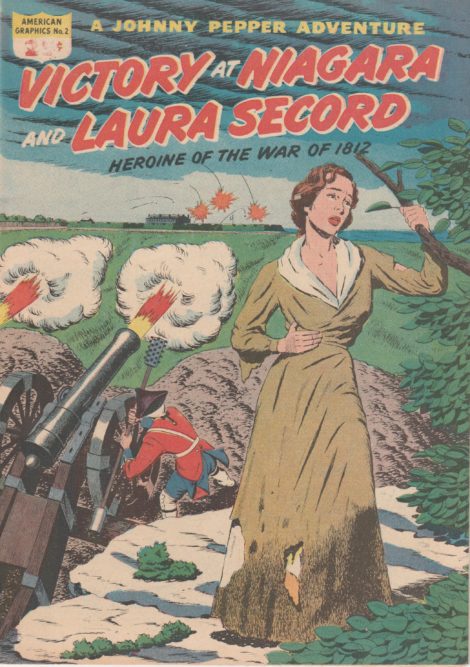 Great Barrington native Laura Secord is exhausted, having trekked miles to warn the British army of an impending attack, as depicted on the cover of American Graphics No. 2.

Laura Ingersoll (1775-1868) was born in a house that once stood on the front lawn of Mason Library on Main Street. After the American Revolution, she moved with her father (who had served in the Patriot militia) to Upper Canada (Ontario), where she married James Ingersoll, settled on the Niagara Peninsula and became a British subject. During the War of 1812, American soldiers bivouacked at her home. Her husband suffered wounds from a recent skirmish and was bedridden. She overheard American plans of attack just before the Battle of Beaverdams. She struck off through the woods at night to warn the British troops. She is on the cover and has an eight-page story in American Graphics No. 2, Victory at Niagara and Laura Secord, Heroine of the War of 1812 (1957). The story — in the vein of the old Classics Illustrated comics — is by Hal English and Joan Schoepperle. You can generally find a copy in good condition for $10. And there’s a six-page story, “Laura Secord: The Brave Messenger,” telling pretty much the same story in another comic, Treasure Chest of Fun & Fact (1967).

Joseph W. Stilwell (1883-1946) was born in Florida but grew up in Great Barrington. His parents Benjamin and Mary Stilwell brought their family here in 1892 to live in a rented farm on Stockbridge Road (where Stilwell Road is today). Stilwell later moved to West Avenue, where young Joe built a small log fort in the yard — early military training. He attended local grammar school 1893-96.

Stilwell graduated from West Point in 1904 and with the outbreak of World War I served with distinction in France. He became a significant force in Asian military operations. When the North China Wars broke out in the late 1920s, he became chief of staff of the American forces operating in that country.

He trained and led the raw Chinese troops. He guided construction of a road from India across Burma to China, a supply route of strategic importance. Some of his exploits are illustrated in a three-page story in the Dell comic War Heroes No. 2 (1942).

The war was still going on. “ ‘Uncle Joe’ Stilwell, master of Oriental battle strategy, plans his campaign to retake Burma and push the Japs back into the China Sea,” the comic tells us. Copies of the four-color periodical may be found for $25 to $30 in good condition. 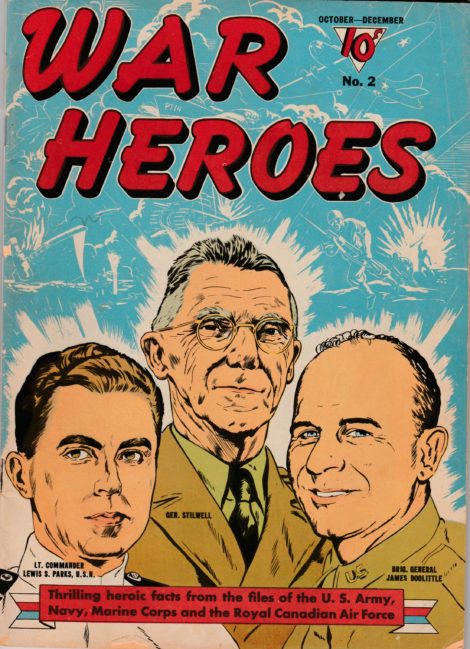 Lt. Gen. “Vinegar Joe” Stilwell, who grew up in Great Barrington, shared the cover of War Heroes No. 2 with two other famous soldiers.

We have to wait a few months for another Great Barrington personality to appear in a graphic novel. The Ren, announced for publication this autumn from First Second Books, is the work of veterans of DC, Marvel and other major publishers. Joseph Illidge and Shawn Martinbrough wrote the script, Grey Williamson drew it. The story is set in 1926 and 1927, during the height of the Harlem Renaissance. Former crime boss Lawrence Denton runs a nightclub called The Haven. And at one point he meets and converses with W.E.B. Du Bois (1868-1963). Du Bois is acknowledged as having given intellectual voice to the civil rights cause during the turbulent civil rights movement of the 20th century.

But it is a fictional character created and drawn by a one-time Great Barrington resident who is most sought by comics collectors.

Pennsylvania native Jack Cole (1915-1958) in the 1940s drew the adventures of Silver Streak and Dickie Dare for Quality Comics. He drew tales of Quicksilver for National Comics, Death Patrol for Military and Midnight for Smash Comics.

Cole came up with Plastic Man in 1941. Plas, as his blubbery sidekick Woozy Winks called him, appeared in 102 issues of Police Comics and 64 issues of his own title. Early issues of Police Comics in good condition run to three figures today; in fine or better condition, four figures. According to comics historian Ron Goulart, the artist’s “humor alternated between broad slapstick and quiet kidding, and there was sometimes a perverse and nasty touch to it.”

The Coles rented an apartment in Great Barrington and later lived in New Marlborough. Cole said he settled in the country so there would be fewer distractions. Cole wrote and drew Plastic Man through the early 1950s. He ghosted Will Eisner’s The Spirit daily newspaper adventures. He also sold panel cartoons to Colliers, Judge and a fledgling periodical, Playboy. The Coles moved to Chicago in 1955.

If you want to push it up a notch, all of these individuals — Secord, Du Bois, Stilwell and Plastic Man — have appeared on commemorative postage stamps, the first in Canada, the others in the United States.