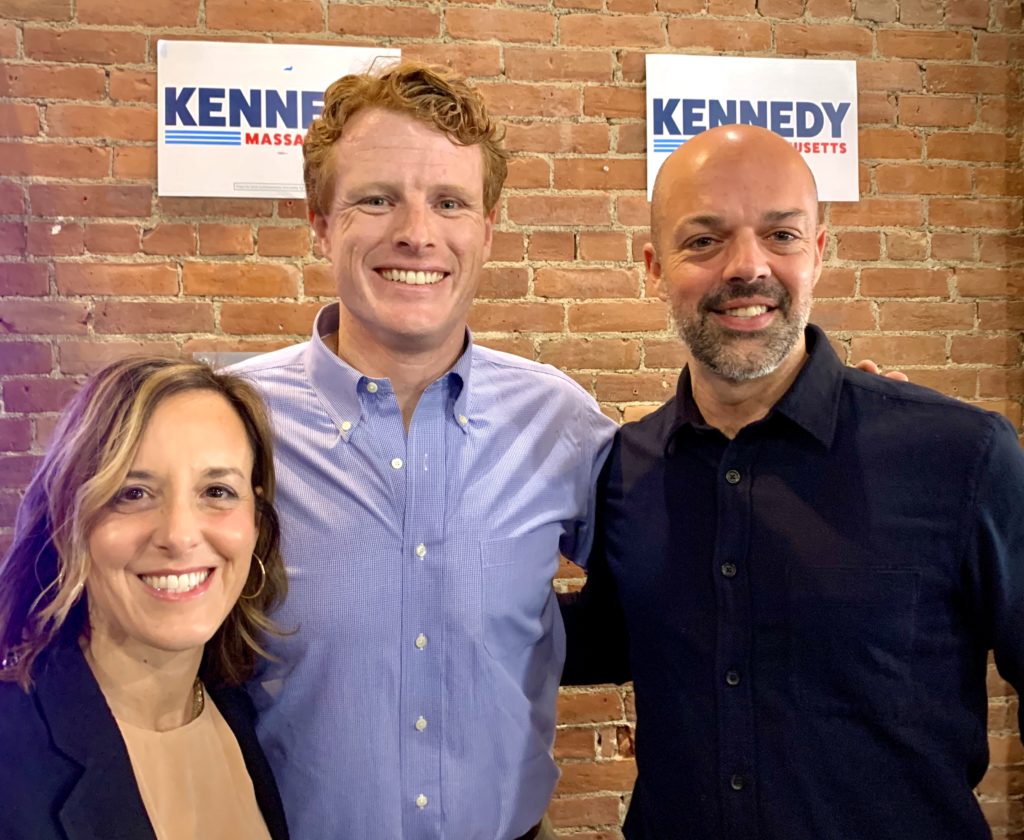 Pittsfield — U.S. Rep. Joe Kennedy III made a campaign swing through Berkshire County on Saturday (Nov. 9), which included a stop in Pittsfield to meet with several dozen voters over morning coffee and donuts at the Barrington Stage administrative offices on North Street. Kennedy was joined by District Attorney Andrea Harrington and State Senator Adam Hinds.

Since 2013, Kennedy has represented the state’s 4th congressional district – former Rep. Barney Frank’s seat – which includes Brookline, Newton, Taunton, and New Bedford. In September, he announced a primary challenge to current U.S. Senator and fellow Democrat Ed Markey, who is up for re-election next year.

Rep. Kennedy is the grandson of Sen. Robert F. Kennedy and grandnephew of President John F. Kennedy and Sen. Ted Kennedy. His father is Joe Kennedy II, who represented the state’s 8th congressional district for two decades, and currently runs Citizens Energy, a non-profit energy company that he founded.

Kennedy, 39, attended Stanford University, worked in the Dominican Republic as a Peace Corps volunteer, and graduated from Harvard Law School. He worked as an assistant district attorney before running for the House of Representatives.

During the campaign stop, Kennedy spoke about the need for increased economic justice, civil rights, and more equitable healthcare, among other issues. He did not mention Sen. Markey during his remarks. Also in attendance were Eugene Dellea of Berkshire Health Systems, Barrington Stage Company Artistic Director Julianne Boyd, and newly elected Pittsfield City Councilwoman Yuki Cohen.