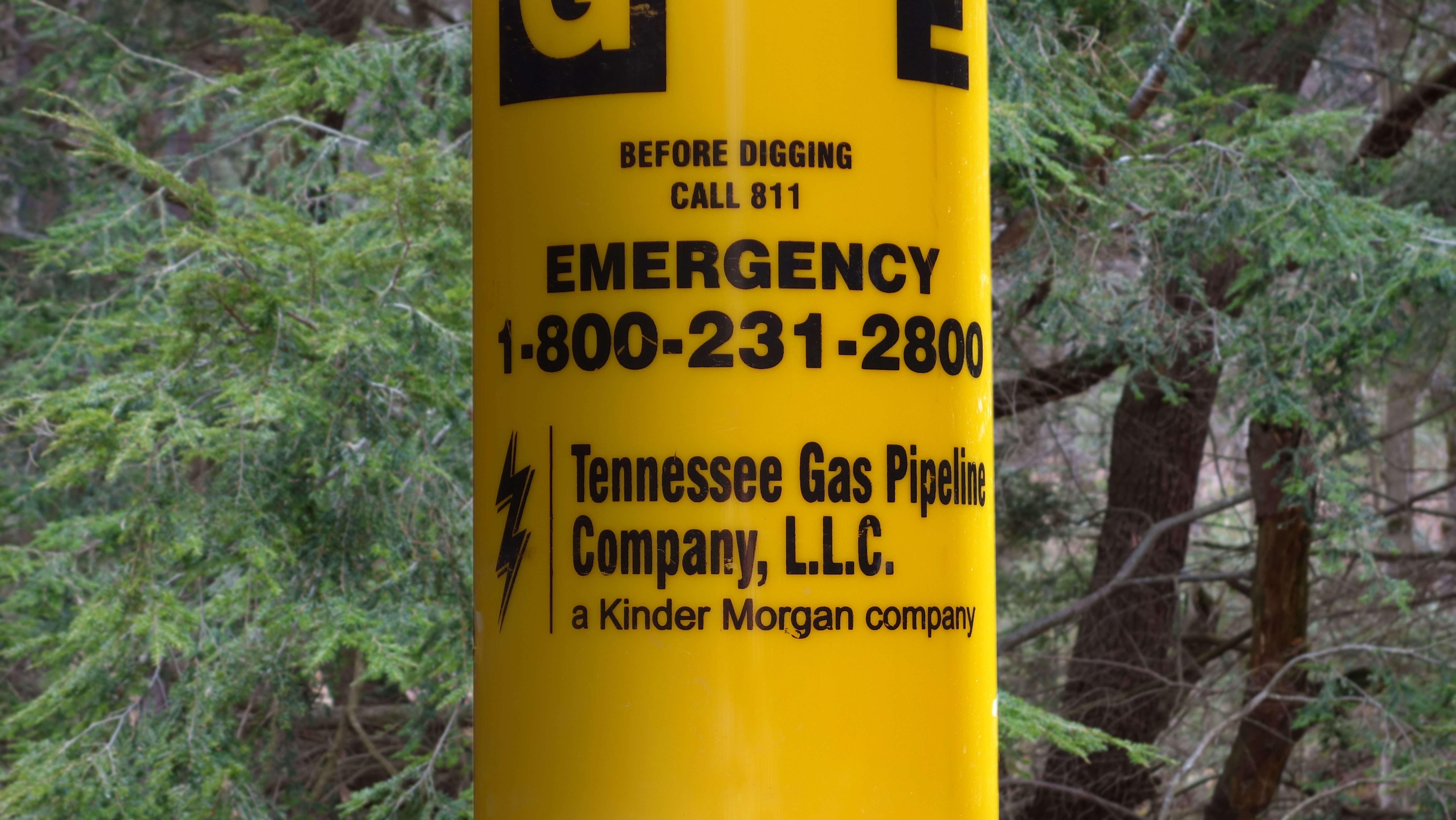 Pittsfield — In a May 9 ruling that demonstrates the power of federal laws over those of the states, Superior Court Judge John A. Agostini said Kinder Morgan and its subsidiary, Tennessee Gas Pipeline Company, can have, by eminent domain, a slice of Otis State Forest in Sandisfield for the Connecticut Expansion Project even though that land is protected by Article 97 of the state constitution, saying the Article is in conflict with the U.S. Constitution and so can’t be used to stop the project.

Below is an EdgeCast video report on Otis State Forest. It also contains footage of guards armed with AR-15 assault rifles and body armor as workmen cleared a stand of maple trees in Pennsylvania to make way for another natural gas pipeline:

Agostini, however, said Tennessee Gas cannot take possession of the land and begin clearing it until July 29th so that the Legislature has time to make its decision on whether to make an exception to the Article 97 rule in this case, which requires a two-thirds supermajority vote. The second reason for the “stay” is to give both Tennessee and the Attorney General’s Office time to “seek an immediate review of this decision and, if appropriate, a stay from the appellate courts.”

“The need for paramount federal authority here is compelling,” Agostini wrote. “An individual state would be powerless to authorize and implement a coherent and comprehensive gas production and distribution system throughout the United States.” Here he refers to the Natural Gas Act of 1938, which allows land seizure by eminent domain in cases where a pipeline project will cross private property. Agostini added that given each states’ “disparate laws,” a “central authority with plenary power and the national interests at stake could effectively install and maintain such a system.”

“We are disappointed in Judge Agostini’s decision to grant Kinder Morgan’s request for a preliminary injunction,” said Attorney General’s Office spokeswoman Chloe Gotsis. “We are pleased, however, that the judge stayed his order ‪until July 29, recognizing the critical role of our state Legislature in determining the status of conservation land and allowing it the time to act. We are reviewing today’s decision and considering our options moving forward.”

The state Legislature goes out of session on July 29.

The ruling is a blow to Sandisfield residents and pipeline opponents amid concerns over the impact of pipeline construction on an old-growth forest and its ecosystem, and the health of nearby Spectacle Pond from which Tennessee would extract millions of gallons of water to flush the pipes. The town is also worried about what pipeline construction will do to the town’s infrastructure, particularly its roads.

The Connecticut Expansion Project is a natural gas storage loop that will run through parts of New York State, Massachusetts and Connecticut for the benefit of Connecticut residents and businesses. The new pipeline is to be built on an established corridor with two older pipelines already in place, but requires a large section of forest be cleared to expand that corridor. The company bumped up against federal and state rules about cutting during migratory bird breeding and roosting season, which runs from March 31 to October 1. It is this cutting window that created a challenge for Tennessee, since its construction schedule required it to have everything in place by June 1 for a completion date of November 1.

Another hurdle for Tennessee was that roughly 10 years ago the state took ownership of the land and added the constitutional protection.

Tennessee Gas argued in court last month that a cutting delay would cause “irreparable harm” to it and its customers. And Agostini had appeared unsympathetic at the time to the company’s claim that harm to profits was not “irreparable.” Assistant Attorney General Matthew Ireland argued that cutting mature trees was true irreparable harm.

In his ruling, however, Agostini found that the company and its customers would, indeed “suffer irreparable harm in the absence of an order granting it immediate possession of the requested easements.”

Agostini further said that the Commonwealth was not able to point to a difference in harm to it as a result of Tennessee clearing the land immediately or later.

He added that it was in the “public interest” to complete the project in a “timely” manner, because it “will help meet the current and future demand for natural gas and will support the overall reliability of the energy infrastructure.”

Agostini was clear about the Supremacy Clause of the U.S. Constitution and how it trumps Article 97 conservation protections. “What is particularly troubling about the Commonwealth’s argument is the ease at which a state has the ability to stop a federal interstate project, be it a pipeline, highway, telecommunications network or electrical transmission lines by simply invoking a state constitutional provision geared to protect the environment. If accepted by the appellate courts, other states would be well advised to adopt this road to confederation, particularly those states that have expressed a less than harmonious relationship with Washington…”

In a prepared statement Kinder Morgan spokesman Richard Wheatley wrote: “Tennessee Gas Pipeline appreciates the care and attention taken by the Massachusetts Superior Court to review this matter. We are pleased that the Court applied the ample legal authorities which allow access to and use of property necessary to build an interstate pipeline project approved by the Federal Energy Regulatory Commission. We are continuing to review the decision and will consider our options, and we look forward to continuing to work cooperatively with stakeholders involved in this project.”

“The Attorney General’s Office did reach out to us, and is considering an appeal,” said Sandisfield Town Manager Alice Boyd. “We’re just waiting to see what happens next. Our town counsel is working pro bono for us because we don’t have any money. But the Judge stated in the courtroom that he anticipated that this would be appealed. This is part of a process. It’s a fascinating case, we’ll see what happens.