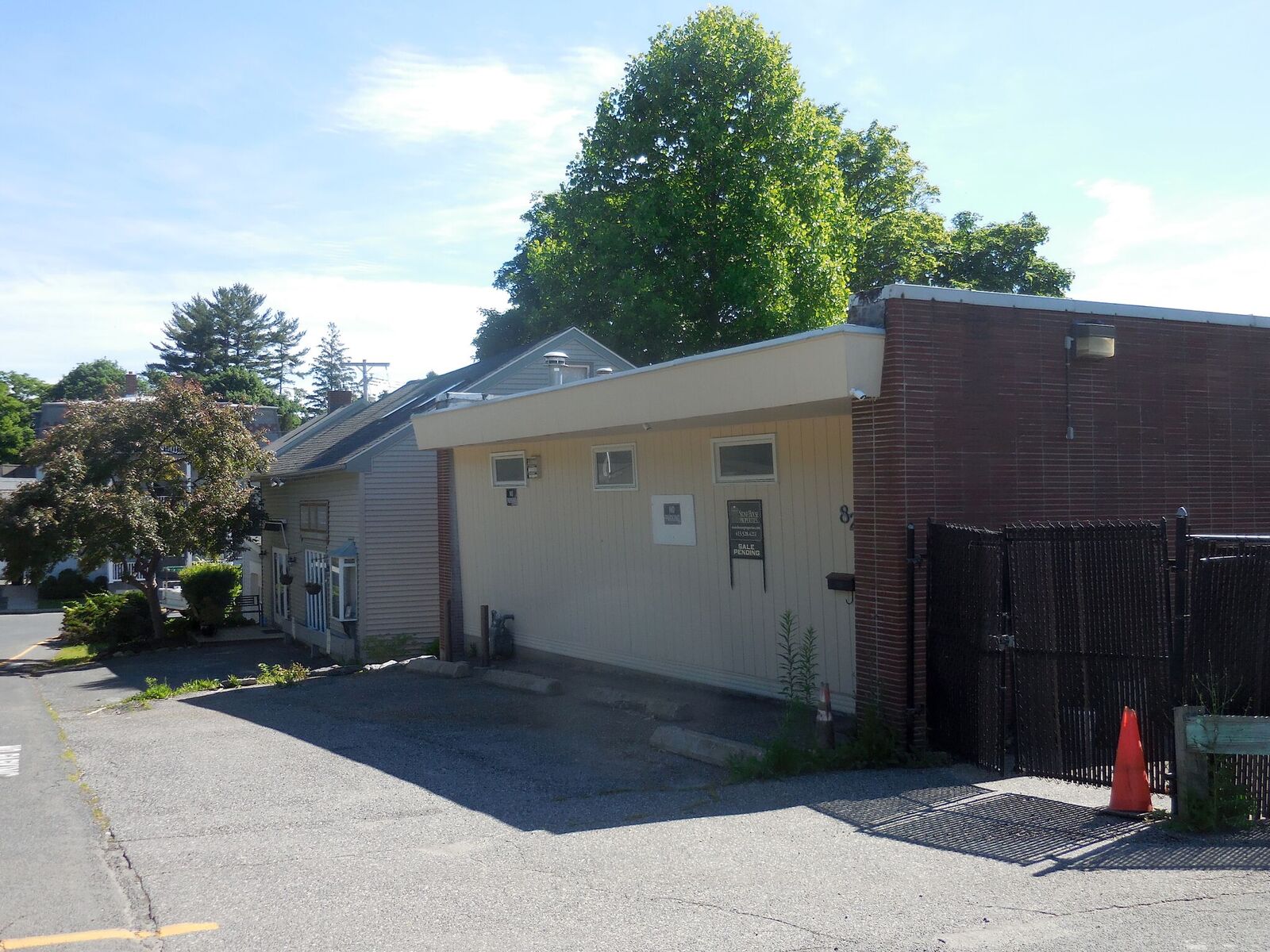 Great Barrington — The retail cannabis market in South County is about to get a little more crowded — and potentially more lucrative for Great Barrington.

The town is now confronted with its third application for a retail recreational marijuana store. That latest application, from two brothers from Connecticut, has served to highlight the fact that the process for obtaining the necessary approvals isn’t terribly clear on the town level.

Brian Vincent and Andy Vincent are looking to establish a retail outlet at 82 Railroad St. The building is not actually located on what most people consider to be Railroad Street.

It’s a fairly nondescript structure on the upper part of Railroad Street beyond the back entrance to the Triplex Cinema, near where it intersects with Elm Street. The front entrance of the brick-and-cinderblock building faces Railroad Street, while the rear of the building and a loading dock-style door face the parking lot of Carr Hardware.

The Vincents have dubbed their new company Commonwealth Cultivation. Click here to read their filing with the secretary of state’s office. They appeared at last Thursday’s planning board meeting to discuss a site plan review but did not really have all the necessary documents. That could be because the town does not have a clear procedure and timeline for processing applicants for marijuana shops.

See video below of Brian Vincent and Andy Vincent of Commonwealth Cultivation explaining their proposal to the Great Barrington Planning Board:

The Vincents have dubbed their new company Commonwealth Cultivation. Click here to read their filing with the secretary of state’s office. They appeared at last Thursday’s planning board meeting to discuss a site plan review but did not really have all the necessary documents. That could be because the town does not have a clear procedure and timeline for processing applicants for marijuana shops.

“This is like the wild west,” said Selectman Ed Abrahams, who has taken the lead in streamlining the process, which was prompted when the cultivation, sale and use of recreational cannabis-related products was legalized in Massachusetts through a 2016 ballot initiative. Sales could begin as early as next month.

Applicants cannot sell any marijuana products without a licence from the state and the Vincent brothers have an application pending before the Cannabis Control Commission. On the town level, before a state license can be granted, retail applicants need a negotiated host agreement and they must hold a so-called community outreach meeting to field questions from the public. Click here to view such a meeting earlier this year for a retail and cultivation facility planned in Sheffield.

The Vincents explained what their operations would look like but did not have professionally prepared documents that addressed concerns normally associated with site plan review such as lighting, parking, security, access and pedestrian safety.

Planning board Chair Brandee Nelson asked the Vincents for a floor plan. Brian Vincent explained that they planned to produce a floor plan of the project after it was approved.

“You’re in a bit of a chicken-and-egg here,” Nelson replied. She asked the Vincents to return to the board’s Thursday, June 28, meeting with the required documents.

“I understand your dilemma,” planning board member Malcolm Fick told the Vincents. “But in order to do a site plan, we actually need a plan that we can look at and evaluate things … Often people come in with engineered drawings and things like that.”

The men explained the project anyway. They are renting the building from Highland Capital Realty, which has signed a deal to purchase the property, which formerly housed the commercial kitchen of the Daily Bread Bakery, through Stone House Properties. The property is listed for sale for $505,000.

The cannabis “products inside will be secured in, like, pretty much a bank vault,” Brian Vincent said. Only interior renovations are planned.

There are five parking spaces in front of the building and there is additional parking across the street in a municipal lot, though the number of spots there has been greatly reduced by the new 47 Railroad Street development. There will also be a state-of-the-art security system.

Andrew Vincent, Commonwealth’s vice president and treasurer, projected annual sales of $5 million per year. State law allows municipalities to add 3 percentage points to the existing state sales tax of 6.25 percent. That would result in $150,000 per year in tax revenues to the town.

As per the town’s standard host agreement, Commonwealth Cultivation will make a annual $10,000 donation to a nonprofit of its choice in Great Barrington. The project will create 18 new jobs. The shop will be open from 10 a.m. to 8 p.m. seven days a week. As per state law, no one under 21 will be allowed inside the facility.

Brian Vincent told Nelson his company has no plans “at this time” for another outlet in the state. However, the company also has an application pending for a cultivation facility in Pittsfield, where the Vincents plan to lease part of the former Cintas building off the Downing Industrial Parkway. They plan to spend about $200,000 renovating that space.

Abrahams has been working with town assessor Chris Lemarre and town accountant Susan Carmel to develop a timeline and clear procedures for future applicants. Abrahams has dubbed the trio “the cannabis team.”

Theory Wellness on Stockbridge Road opened its doors last year as a medical marijuana dispensary, but will also offer recreational or so-called adult-use marijuana (21 and older) soon. As required by law, Theory held its community outreach forum last week at the Fairfield Inn.

Theory principals Nick Friedman and Brandon Pollock answered questions from the audience and distributed a two-page FAQ sheet. Click here to read it. They plan to hire 18 to 20 additional employees.

Friedman told the Edge he estimates annual adult-use revenues of between $6 million and $8 million. That would mean additional tax revenues to the town of between $180,000 and $240,000, along with the standard $10,000 donation to a nonprofit.

“We briefly discussed traffic concerns and noted that we have leased additional parking spots and will be hiring more staff to increase the flow of our operations, in an effort to preemptively mitigate potential traffic impacts,” Friedman said.

So if all goes well, the town could see almost $400,000 in new revenues from these two operations in a town with a nearly $27 million budget for the coming year (that total includes the town’s assessment from the Berkshire Hills Regional School District).The income total for the town does not count whatever revenues are generated from the proposed Calyx store.

Earlier this year, marijuana was the cause of a battle between the Great Barrington planning and select boards over which should be the special-permit-granting authority for cultivation facilities and whether most, if not all, of the facilities should require a special permit. The selectboard won that struggle on the floor of the annual town meeting last month.