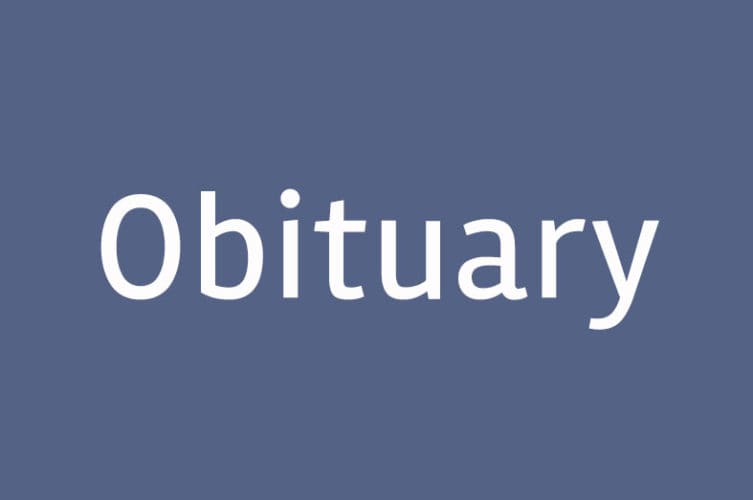 The daughter of the late Elmer T. Stickles and Amber (nee) Buck, she was born on November 8, 1934. She was a graduate of Lenox High School in 1952. She was a cheerleader and met the love of her life, a baseball and basketball player, the late Thomas D. Sullivan. They married in 1954 at Trinity Church and were together until his death in June 2006.

Jeananne was a homemaker until her kids were in school when she took a job as a secretary and assistant to Norman Simpson in Stockbridge. His firm developed the book “Country Inn’s and Back Roads” which was a guide to businesses that today we know under the name of “Bed and Breakfasts.” Later she managed the day-to-day affairs of her husband Tom’s construction business as well as wrangling her very high-strung husband — a full-time job all by itself. She adored spending time with her family and was an integral part of their lives, especially her beloved grandchildren.

The family was forever robbed of her loving personality when she suffered a near fatal aneurysm as a vibrant 61-year-old. Jeananne spent the next 24 years of her life in nursing homes paralyzed and on a feeding tube. Anyone working in one of those facilities might have seen her and wondered what her problem was. Her problem was smoking and a genetic predisposition to aneurysms. So, if you smoke, stop. If you know someone who smokes, convince them to stop. If you haven’t been to the doctor in a long time, then go. If you think that you are a sissy if you go to the doctor, go anyway. It might have saved Jeananne and it just might save you.

Jeananne loved unconditionally, especially her husband, children and grandchildren. She is survived by her children: Kim L. Burton, Thomas P. ( and Linda) Sullivan of Lenox, and Timothy A. Sullivan (and Margaret) of Wilton, Conn.; grandchildren Christopher and Amber Burton, Ryan, Ian, Alicia, Kayla, Kyle; and Liam Sullivan, great granddaughter the amazing Ally Faulkner; and her sister Nancy Hutchinson of Lenoxdale.

Besides her husband and parents, she is pre-deceased by her brothers Donald and David Stickles, and sister Shirley Turner.

The family sincerely thanks the staff at Kimball Farms for their devoted, compassionate care over these many years and especially this past month.

A private graveside service will be held in Mountain View Cemetery. In lieu of flowers, try to do what Jeananne did — be kind to one another. Donations in Jeananne’s memory may be made to Hospice of the Berkshires in care of the Roche Funeral Home, 120 Main Street, Lenox, MA 01240.