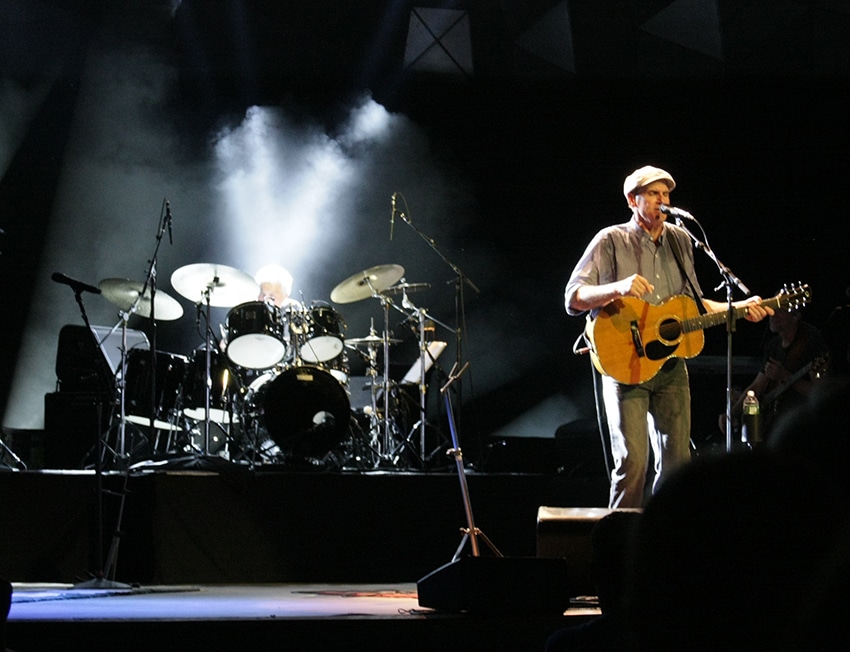 Lenox — Although James Taylor usually gives two shows at Tanglewood every summer, typically on the 3rd and 4th of July, this year he faces a bit of competition on the Independence Day weekend: Ken-David Masur, on July 3, leads the Boston Symphony Orchestra in its opening night concert of the season. This means there are half as many tickets as usual to see James Taylor at Tanglewood this year, so it should come as no surprise to anyone if his July 4 show sells out almost instantly when tickets go on sale at 10 a.m. on Monday, Feb. 3. (Note that tickets for all other Tanglewood 2020 season concerts, including popular artists, go on sale Sunday, Feb. 9.) 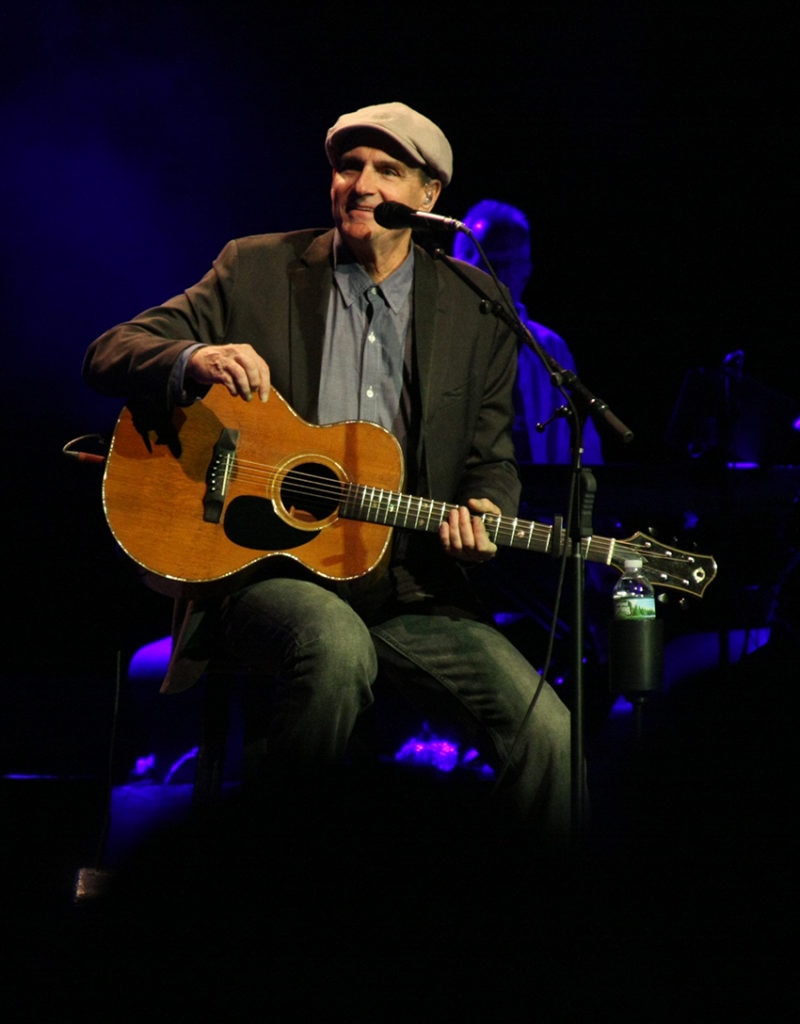 No performer has an easier rapport with his audience than James Taylor when he plays his hometown venue of Tanglewood. Photo: David Noel Edwards

James Taylor’s All-Star Band is so named because most of the band members are celebrated musicians with distinguished careers of their own, with some, such as 1984 Modern-Drummer-Hall-of-Fame inductee Steve Gadd, having long ago achieved legendary status as first-call session players. Gadd, one of the most revered and influential drummers in the music business, founded the Steve Gadd Band, which features (besides himself) three core members of Taylor’s lineup: guitarist Michael Landau, bassist Jimmy Johnson and trumpeter/keyboardist Walt Fowler. And here’s where it gets funny: If an all-star band consists of musicians who are capable of upstaging one another, then Taylor’s musicians are all-stars. But when they win their own Grammy Award, as the Steve Gadd Band did in 2019 for Best Contemporary Instrumental Album, then the Tanglewood lighting crew could very well have trouble deciding whom to illuminate the brightest when the whole band steps onstage. But who knows? Maybe Mr. Taylor will shine a spotlight on the Steve Gadd Band for one or two numbers on July 4.

Kim and James Taylor will donate the proceeds from the July 4 Tanglewood concert to Tanglewood building and grounds projects.