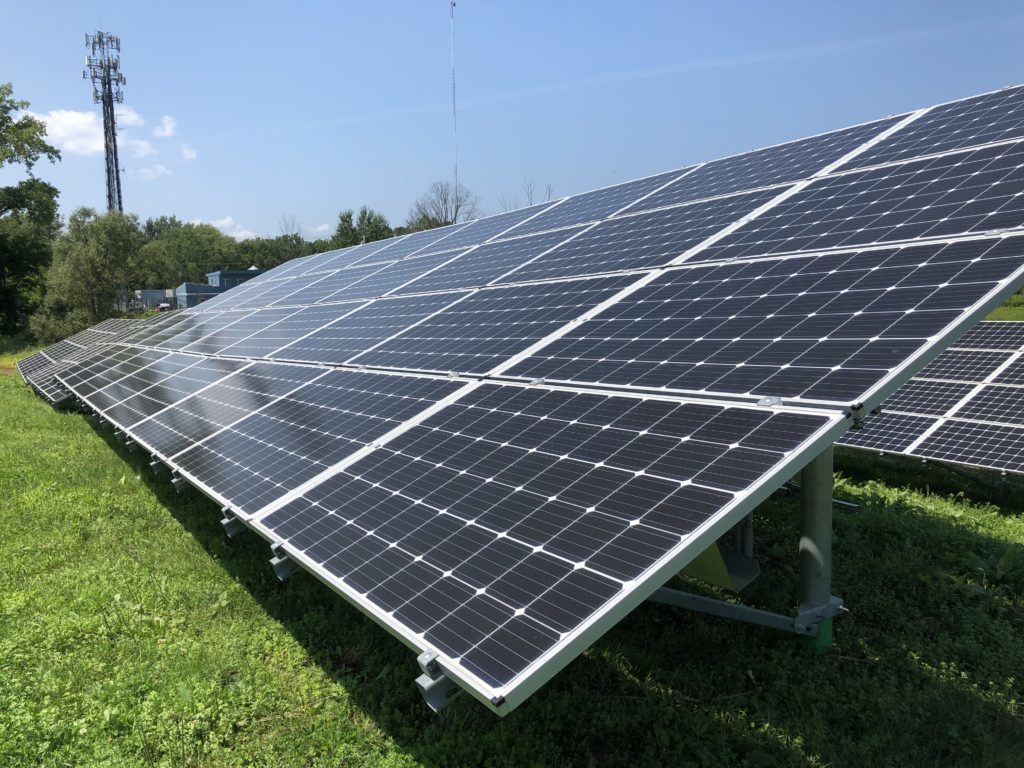 David Scribner
The solar panel installation at the Barrington House on Stockbridge Road.

It’s Not That Simple: Where should solar power installations be sited?

This column is a companion to the WSBS radio call-in show, “It’s Not That Simple.” Every other Friday at 9:05 we will discuss and dissect issues that the citizens of Great Barrington are talking about. Click here to listen to a podcast of last week’s show.

Have you ever read or heard about a problem facing the town and wondered why the elected boards don’t just fix it? The solution might seem obvious. Usually, It’s Not That Simple.  If the solutions were easy, there wouldn’t be problems.

We explore the complexities, the competing interests, the less obvious costs or consequences, and the missing information that explains why It’s Not That Simple. We will do our best to steer clear of opinion and to just point out the issues that make the problems more complex than they might appear.

Although we both serve on elected town boards, we are not speaking for those boards or for the town in any capacity.  We are only representing ourselves on the radio show and in this column.

Last Friday we discussed solar power. Solar power installations can be a contentious issue, especially the large industrial solar fields. We are both often asked, “How can you allow these large industrial land uses that ruin residential neighborhoods?” We are also asked, “How can anyone oppose a clean, alternative energy source?” As you may have guessed, the answer to both questions is, It’s Not That Simple. 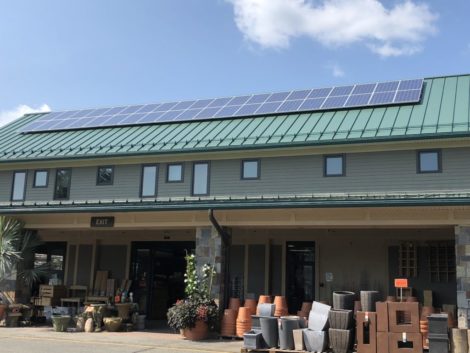 Underlying the question of where and why to allow solar installations, and something that ties the hands of local decision makers, is state law (Massachusetts General Law), which severely limits the ability of local governments to restrict the location of solar fields. MGL 40A Section 3, states:

“No zoning ordinance or by-law shall prohibit or unreasonably regulate the installation of solar energy systems or the building of structures that facilitate the collection of solar energy, except where necessary to protect the public health, safety or welfare.”

The state does give localities some leeway, and court challenges to local restrictions have been decided both ways.  (What does “welfare” mean? The courts are still figuring that out.)

In 2017 the Planning Board of Great Barrington drafted bylaws which were slightly amended and approved by Town Meeting and then approved by the Attorney General. (GB Zoning Bylaws, Section 9.12). So now there are rules about where and how large a solar installation can be, as well as what process an applicant must follow, including when the public gets to weigh in (special permit), and when it doesn’t (by right).

What follows is a simplified explanation of the GB solar bylaw.  There are four categories of solar power systems in GB law. (For two of them, the term “Accessory Use” means the energy generated needs to be used on site.)

The solar bylaw also contains many regulations about property line setbacks, size restrictions, and screening, all of which are designed to mitigate, but not eliminate, the negative impacts.  It tries to steer large scale solar towards abandoned or brownfield sites, industrial sites where they are allowed by right.

But it’s our open spaces, fields and farmland, which are best suited to support large scale solar power. This is where questions of property, economy, prosperity, and neighborhood character come into play. Some people look at a field of solar panels and see clean, safe energy, while others now live next to or drive past an industrial-looking site instead of the beautiful bucolic Berkshires they love. Will it reduce property values? Will it hurt the tourist economy? Who are these out of town investors using “our” land for profit? What is the impact on wildlife?

On the other side is catastrophic climate change. Is it a no-brainer that we need to sacrifice in order to curb carbon emissions? How much are we willing to sacrifice? If “this is the wrong location,” whose backyard is the right location?

We have five large scale solar installations in GB: Guido’s, the Fairgrounds, Rising Mill, and two others along Van Duesenville Road.  A sixth is coming near the transfer station at the base of Monument Mountain. More will certainly come.  Are they blights on our town or are we doing our part to combat catastrophe. How much is too much?  It’s Not That Simple? 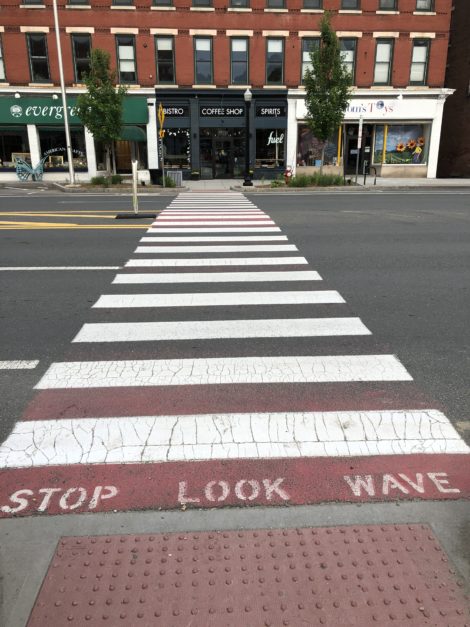 The crosswalk across Main Street in front of Fuel Coffeeshop. Photo: David Scribner

On the program we briefly discussed the complexities of installing, maintaining and managing crosswalks. There is a broad perception that the current walks across Main Street continue to be dangerous, especially across the “downtown core” with two lanes in each direction. Why doesn’t the town take the obvious steps to make them safer? It’s Not That Simple.

If the town had its way, it might be much easier to implement safety measures that we deem appropriate. However, the majority of the places where we either have crosswalks or where they seem necessary, fall on state highways which are governed and managed by the state Department of Transportation. DOT uses research, science based on actual numbers, engineering and computer models, to determine what does and doesn’t improve safety. Even if we think we know better than DOT and their research, we aren’t allowed to do whatever we want.

Remember the red stripes in the crosswalks? The town did that without permission and DOT objected. Their reasoning? The uniformity of crosswalk markings is a factor in creating safety. According to federal research, the paint doesn’t increase safety. Or at least, not enough to justify the confusion different types of paint create for drivers.

Why aren’t there crosswalks in other places where they are obviously needed? It’s Not That Simple. To install a crosswalk there needs to exist certain conditions, such as sidewalks on both sides of the road, lighting so it can be seen at night, and speed reduction. Also, expensive and time consuming traffic studies have to be conducted to determine if crosswalks are warranted. So, despite local knowledge that a crosswalk is absolutely necessary (such as at Domaney’s Liquors and Fine Wines) certain state regulation would prohibit their installation.

What’s wrong with DOT that they refuse to allow an obvious improvement in safety? Crosswalks give pedestrians a sense of security. A lot of research and study has gone into determining what does and doesn’t work. DOT wants to be sure that the sense of security is not false.

Is there an issue you’d like to discuss on the show? We invite your contribution of topics and concerns that may be of interest and that might seem simple to address. Maybe there IS an obvious solution we haven’t thought of, or maybe It’s Not That Simple.

Email your suggestions or questions to NotThatSimple528@gmail.com