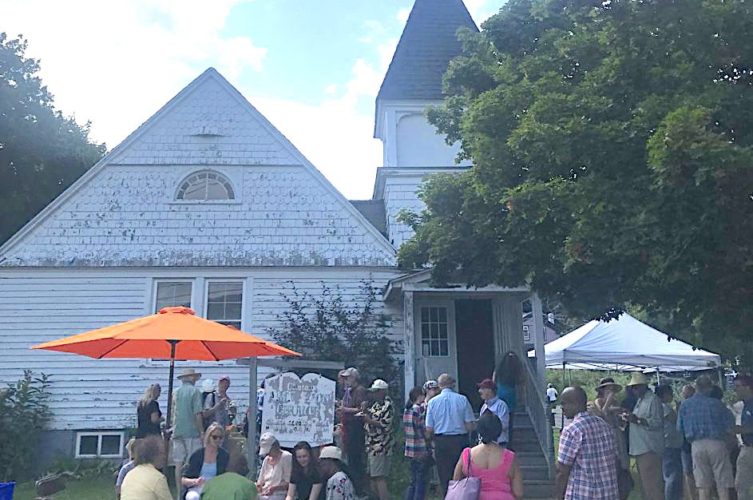 To celebrate our 10th anniversary (OK, our 10th program) we’re shifting our focus away from problems facing the town. Instead we are going to explore a project of historical, social, political and social importance to the Great Barrington community: the restoration of the former Clinton A.M.E. Zion Church building located on Elm Court in the middle of downtown.

The historic building, no longer a consecrated church, will be resurrected into a cultural facility which will hold interpretive exhibitions, lectures, and other events commemorating the 130 year history of the church building, the African American community in Great Barrington, and the contributions of Clinton A.M.E. Zion congregation to the history of the town and the Berkshires, as well as exploring the role Great Barrington played in shaping the ideas of a young William Edward Burghardt (W.E.B.) Du Bois.

We welcomed Interim Executive Director of Clinton Church Restoration (CCR) Eugenie Sills who began with an exciting announcement. After three years and a lot of behind-the-scenes work, planning and fundraising, we are going to start seeing dust fly on October 23rd when work begins on desperately needed roof repairs.

Restoring the church began as a grassroots effort by members of the Great Barrington community in 2016 who were able to raise over $100K in less than five months to purchase the deteriorating property. “It’s important to note that this project was not born out of planning, it was born out of crisis,” said Ms. Sills. With a large hole in the roof, the building was deteriorating quickly. Community members recognized the historic nature of the church so it became imperative to preserve the building and to act quickly.

So, what took so long?  Why has it taken three years to start work? According to Eugenie, it turns out, saving a historic building, even a small one, is Not That Simple.

“We’ve accomplished quite a bit in the first three years; we started from scratch. We created a nonprofit. We established a board of directors, an advisory board and committees. We commissioned a historic structure report [from local architectural firm Clark and Green], an important first step in any historic preservation project. We have held professionally facilitated planning sessions. We raised $100,000 from the community. We’ve applied for and received a number of federal, state and local grants. We’ve hired a design team of architects and engineers [led by Huff + Gooden Architects], and we have hired an owner’s rep. We had the property surveyed. We’ve done tests to inform the plans for the stabilization work. We’ve bid out the roof and hired a general contractor. We’re not just restoring a building, we’re building an organization. We’ve been active in the community, we’ve spoken at events, we’ve hosted student groups. There’s a lot going on that hasn’t been as visible as the work on the roof will be.”

All of that work has been done by one part-time staff person (Eugenie) and many, many volunteers.  (Full disclosure: We are both volunteers for CCR, Pedro on the building committee and Ed in the initial fundraising campaign).

Church membership began to decline after the untimely death of Rev. Esther Dozier in 2007. Installed as pastor in 1999, she was Clinton’s first female pastor and a very active and involved community member. She had been a member of the advisory board of the Upper Housatonic Valley African American Heritage Trail and the board of the Friends of Du Bois Homesite, and was  an active proponent of the legacy of W.E.B. Du Bois. In 2001 she began what would become an annual celebration of Du Bois’ birthday. Rev. Dozier also commemorated the church’s anniversary every fall, and worked for its inclusion on the National Register of Historic Places , an accomplishment she did not live to see. She was also a frequent contributor to WSBS’s “Religious Round Table Show” as well as contributing a column to the Berkshire Record.

Rev. Dozier’s outreach and involvement in the community, in addition to serving her congregation, helped to preserve not just the physical structure of the church, but the social, cultural, political, and spiritual presence of African Americans that had been part of the church building for almost 130 years.

There were a number of interim ministers after Rev. Dozier, but the congregation continued to decline and the church finally closed its doors in 2014/15. The church was put on the market by the regional A.M.E. Zion Conference and almost immediately former members of the church and other members of the community, including Rev. Dozier’s sisters, began to discuss what to do to protect this important historic site, to save the church, and to honor its legacy. The congregation had been around since before the church was built so we’re talking about 150 years or so of history. Saving the building, and the community’s access to it, was obviously important.

The work that is about to commence is just the beginning of bringing the little church’s history and energy back into the limelight of GB’s downtown. Since the building has been deconsecrated and Clinton Church Restoration is a secular nonprofit, future programming will focus on honoring the heritage of the site itself as well as serving as an African American Cultural Center. What that will look like is still in the works and will continue to involve input from the community. It is likely that the former sanctuary will host film screenings, lectures and music events. In the attached two-story parsonage, interpretive exhibits and a visitor’s center are envisioned. There will also be a writing studio for artists or scholars in residence, a library, and a StoryCorps-like booth where people can share their personal histories. One of the most important spaces in the building is the basement which historically served as a meeting space and social hall for the congregation and will be restored to that purpose, complete with a kitchen. All of these efforts are to tell the full story of Great Barrington and the Berkshires.

Leading these efforts is Clinton Church Restoration’s volunteer board:

Wray Gunn Sr., a longtime congregant and church trustee and a retired analytic chemist. Wray is a 5th generation descendant of Agrippa Hull, a free African-American patriot (and Stockbridge resident) who served as an aide to Tadeusz Kościuszko, a Polish military officer, engineer and nobleman, for five years during the American Revolutionary War.

Beth Carlson, an artist, activist and entrepreneur who was instrumental in starting the restoration effort (as well as our co-host on this program, Ed), and is heading the important programming efforts.

Dennis Powell, president of the Berkshire chapter of the NAACP chapter.

Will Singleton, a retired school superintendent who helped revive the local NAACP chapter.

Frances Jones-Sneed, a Professor Emeritus of History, Political Science and Public Policy at Massachusetts College of Liberal Arts, and an editor of African American Heritage In the Upper Housatonic Valley.

Cora Portnoff, a former teacher of the hearing impaired and longtime member of the Clinton A.M.E. Zion Church.

Dan Bolognani (ex officio), executive director of the Upper Housatonic Valley National Heritage Area which served as the fiscal sponsor of the CCR project before CCR was formalized as a nonprofit corporation.  (Click here to learn about the African American Heritage Trail.)

The board and Eugenie have been impressed by the amount of support and recognition given the project locally and nationally and have been humbled by the local financial support. Eugenie believes that we should also look forward, proudly, toward the completion of this project and the role it will play in the heritage of Great Barrington, the story of one of its most prominent figures, and the largely unknown story of African Americans in the Berkshires.

Click here to listen to the WSBS podcast of It’s Not That Simple.

Click here to donate or for information about Clinton Church Restoration

Is there’s an issue you’d like to discuss on the show? Have comments about this or previous episodes? We invite your contribution of topics and concerns that may be of interest and that might seem simple to address. Maybe there IS an obvious solution we haven’t thought of, or maybe It’s Not That Simple.

Email your suggestions or questions to NotThatSimple528@gmail.com, of find us on Facebook 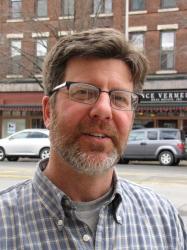