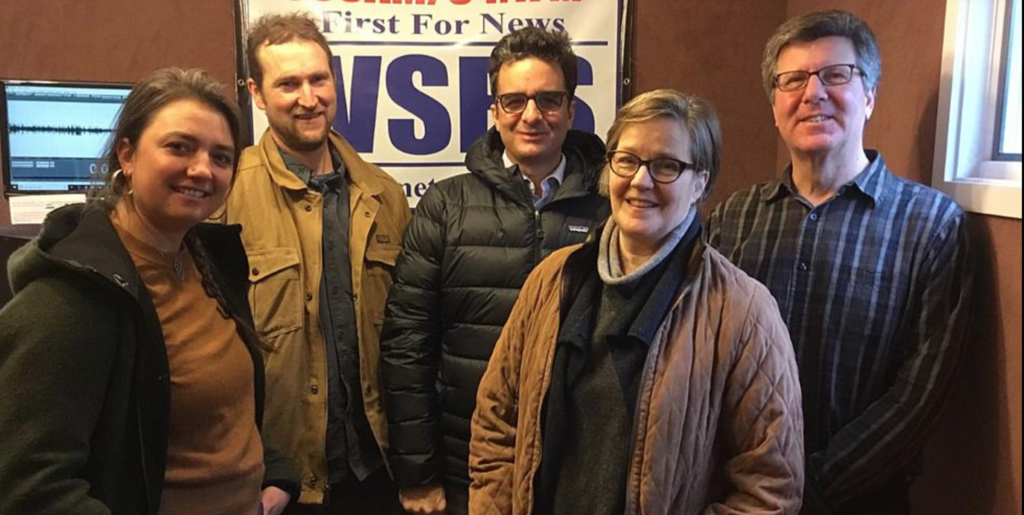 It’s Not That Simple: Food doesn’t grow in grocery stores

This column is a companion to the WSBS-AM radio show, “It’s Not That Simple.”  (Listen to the podcast here. We look at issues facing Great Barrington and explore the question, “why don’t they just fix it?”

You might have already known that food doesn’t grow in grocery stores. But many people in many parts of the country don’t think too much about where their food does come from.

Here in the Berkshires it’s different. Farming is part of our identity. Many of us live within walking distance to fresh eggs and milk. We like to imagine ourselves as stewards of agricultural vistas and we relish the smell of freshly watered soil. We like to enjoy the thought of locally grown food being offered at our stores and restaurants and we take pride in the fact that a simple night on the town is supporting a farming family around the corner. We also like it that someone else does all the hard work.

The guests on this week’s program were: Margaret Moulton, Executive Director of Berkshire Grown, Sean Stanton of Blue Hill Farm and North Plain Farm, and Molly Comstock of Colfax Farms. We thought at the beginning of a new year, we should give thanks for the food we eat, and acknowledge the hard work it takes to produce that food.

Berkshire Grown is a nonprofit organization that supports and promotes local agriculture as a vital part of the Berkshire community, economy, and landscape and it “connects our food to farms in a very personal way,” says Moulton. “Berkshire Grown is really about connecting our community to our local farms and food sources.”

They accomplish this through local farmer’s markets, farm stands, mentoring new farmers, connecting farmers to local stores and restaurants that sell their products, and other innovative and successful programs.

Great Barrington’s nationally renowned Summer Farmers Market is consistently crowded, as are the Winter markets, attracting farmers, local consumers, and visitors from the tri-state area. But farming is challenged by climate, politics and increasingly difficult economic conditions (most notably expensive land) that we don’t think about when looking at fresh lettuce and carrots bearing traces of Berkshire soil. 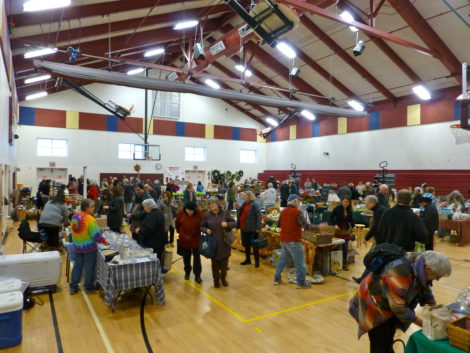 One program created by Berkshire Grown, “Share The Bounty,” simultaneously supports farmers and people living with food insecurity. With the help of grants and individual fundraising, Berkshire Grown purchases CSA shares (see below) which are then distributed directly to hunger assistance organizations in order to help subsidize their food needs. (To learn more about Share The Bounty or to donate, please click here .

A CSA, or Community Supported Agriculture, is a long-established alternative business model for farmers. In the low-income winter months, consumers purchase a share of what the farmer will produce the following season for a fee of between $500- $700. The farmers then provide a share of the harvest which shareholders pick up at the farm each week, giving consumers the opportunity to meet the people growing their food. This program gives farmers access to capital to invest in planting, it protects the farmers against unpredictable yields, and it is one more way to connect farmers directly with consumers.

In addition to direct support to the community and to farmers, including grants, Berkshire Grown advocates for land use and taxation policies that preserve farmland and small farms. As a member of the Massachusetts Buy Local Group  Berkshire Grown educates policy makers so they can make informed policy decisions which help farms and farmers. 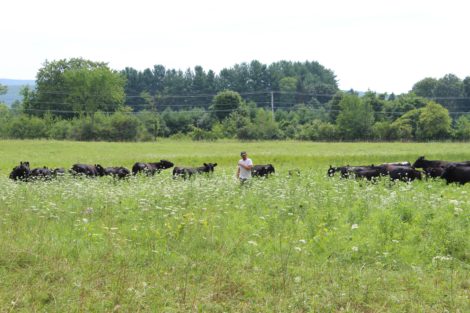 We spoke with Sean Stanton of Blue Hill Farm and North Plain Farm about what it takes to feed our community. Stanton runs a mixed livestock operation which produces dairy products, and raises cows, pigs, and chickens for meat and eggs. Many farmers, such as Stanton, started with little land of his own, borrowing or renting land where available. The high cost of land here is one of the major obstacles faced by farmers. But there is help.

Here’s how the APR program works: Land that is suitable for farming might also be suitable for an activity that could bring a lot more money to a landowner, for example, a shopping center or a hotel. Someone selling land will likely want to sell to the highest bidder. The state’s APR program buys the development rights to the land in return for a deed restriction that says the land can never be used for anything other than farming. That can reduce the monetary value of the land by as much as 80 percent so the farmer can now afford the land. 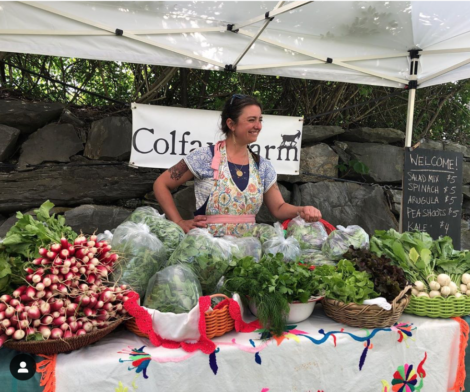 Our third guest on It’s Not That Simple this week was Molly Comstock of Colfax Farms out of Alford. She runs a diversified vegetable growing operation and farms on land that she leases from a private owner who has opted for the APR program. Her operation uses organic practices, does not use any sprays and opts for “no-till” techniques. Comstock still uses hand tools in order to preserve the biodiversity in the soil.

The high cost of land was an issue for Comstock as well. For the first 10 years of Colfax Farms, she was an itinerant farmer, moving from place to place to take advantage of whatever land may be available for a year at a time. One can imagine the stress of uncertainty, but there is also the burden of having to move infrastructure and equipment from one location to another on a sometime yearly basis. Recently, Comstock teamed up with Ray Wilcox, a retired dairy farmer, to secure a 20-year lease to farm his family land, enabling Comstock to set up a more permanent facility featuring greenhouses and irrigation which she had never been able to use on temporary plots.

Comstock believes securing land to be one of the biggest obstacles to getting into the business; Stanton disagrees. He believes that the land will come if individuals showing interest in farming commit to the trade. “Desire, you really have to want it,” he says. “If you are willing to be a gypsy farmer for a couple of years, you can figure out if it is what you really want to do…This is how it worked for me.” 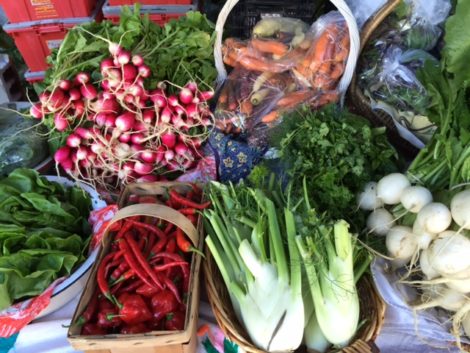 An array of produce from Colfax Farm for sale at the Farmers Market.

“There is an advantage to moving around a bit. That way you learn about the land which informs you of what you can do,” Comstock adds. “Also, you develop different relationships with different landlords that help you understand what you are willing and not willing to work with…I was able to build my business before building any pricey infrastructure.”

Currently, Colfax Farms has 60 families enrolled in its CSA program, participates in two farmers markets, and holds several wholesale accounts. Comstock estimates that she is feeding 120 families from less than two acres! Both Stanton and Comstock agree that there is plenty of market for their goods. In addition to Berkshire county, Stanton now sells food in the Pioneer Valley as well. 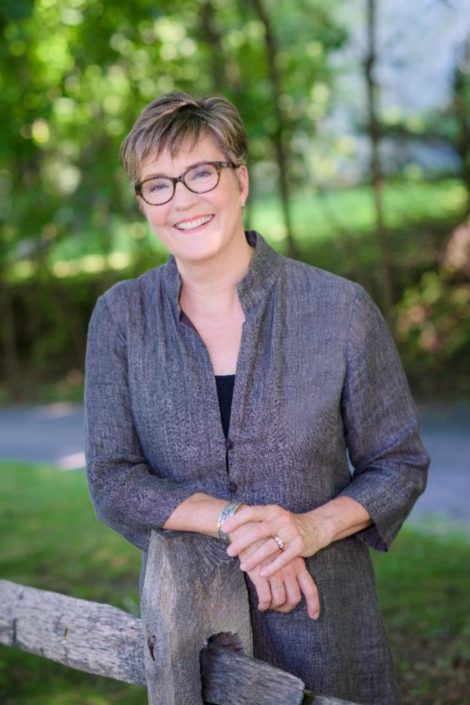 The networking that has allowed farmers to spread beyond the Berkshires was once an important activity of Berkshire Grown. “I think the farmers take care of that themselves now,” Moulton said. “In the Berkshires, particularly, farmers are capable of making their own connections.”

There is evidence that the work of Berkshire Grown has paid dividends. Although Moulton will not take credit for the networking and outreach the organization has provided, she is proud of its Winter Farmers Markets which have huge turnouts and have expanded the demand for storage crops. “Last year we went to 8 dates for the market and farmers did really well, all the way through April…we don’t have room for anymore farmers,” Moulton adds. “Farmers are realizing, ‘Oh, I can grow and sell these storage crops throughout the year.’”

“Most farmers would say those markets should be every week,” Stanton says. “Our bills don’t stop in January!”

Planning what to plant is, like most businesses, geared towards the market. “I grow what I know sells at farmer’s markets and through the CSAs,” says Comstock. “[Planning] for restaurants can be a little more tricky but I usually look at previous years to determine if I need more broccoli or more brussel sprouts.” So, the business of farming is not unlike any other business endeavor, although we can argue that it is much more rewarding.

Berkshire Grown’s business is now focused on connecting farms directly to the people who eat their food, while strengthening community-wide connections between farmers, food producers, chefs and eaters.

That’s all we had time to cover on our program this week. There are many topics we left out because of time, so please let us know if there is anything we can ask Berkshire Grown or the farmers who joined us.

We are on the air every two weeks and publish this column the Monday after our Friday show. We encourage you to click here to listen to the WSBS podcast of It’s Not That Simple for more details than we are able to cover in print.

Is there an issue you’d like to discuss on the show? Have comments about this or previous episodes? We invite your contribution of topics and concerns that may be of interest and that might seem simple to address. Maybe there IS an obvious solution we haven’t thought of, or maybe It’s Not That Simple.

Leave a comment here, email your suggestions or questions to NotThatSimple528@gmail.com.