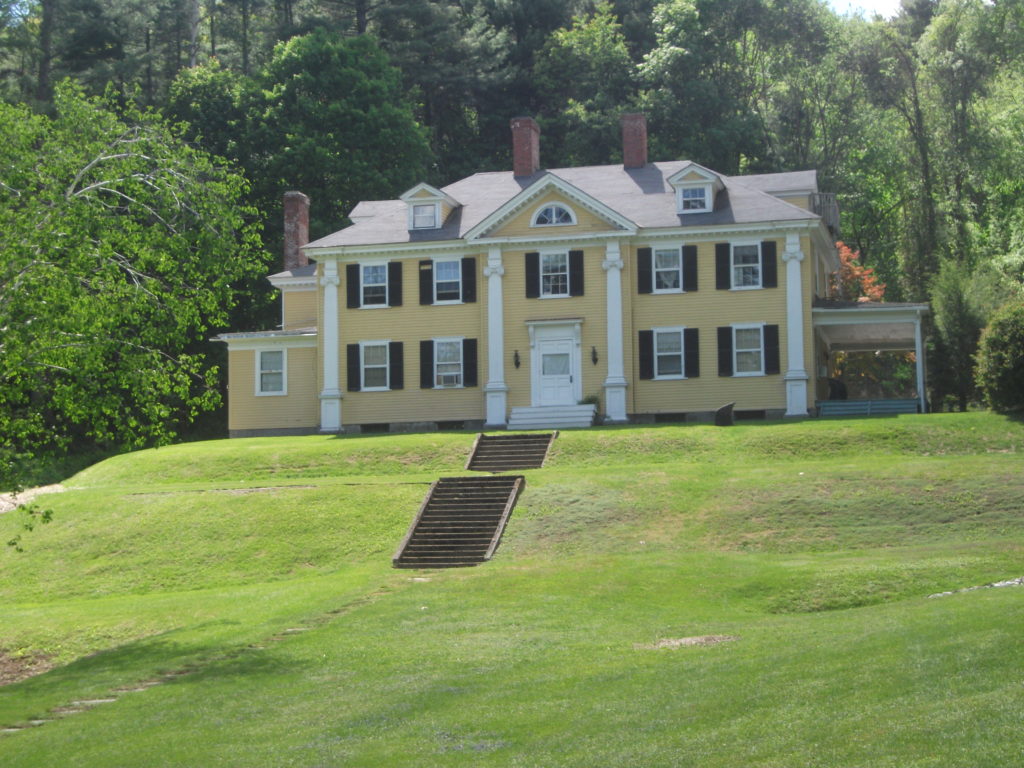 Bernard A. Drew
This isn’t the Longfellow House in Cambridge, Mass., it’s a duplicate, built on West Avenue in Great Barrington 120 years ago.

Is it plagiarism? Fake homes of famous authors in the Berkshires

If I like an author, I read his or her books. Some folks, though, if they like an author, build a home that looks just like the author’s home. Here are four examples in the Berkshires.

Henry Wadsworth Longfellow and his bride, Frances Appleton, honeymooned at Elm Knoll on East Street in Pittsfield in 1843. It was Boston merchant banker Nathaniel Appleton’s summer home. During their honeymoon here Longfellow spotted an interesting tall clock on the front stairs and wrote a poem about it, “The Clock on the Stairs.”

The poet of “Song of Hiawatha” and “The Midnight Ride of Paul Revere” made frequent Berkshire visits. The Appleton home in Pittsfield became known as Longfellow House, even though he neither built it nor lived there any appreciable time. It went into other hands and it and two adjacent homes were razed in 1929 for construction of Pittsfield High School. The front door, fanlight and clock stairway from the old house were installed in a house built on Crofut Street for Harriet Plunkett, the former owner of the Appleton house who had been obliged to yield the property to the city. The new house replicated the Appleton house as it looked in 1843.

In 1932, William Putnam’s barn on Appleton Avenue burned. Newspapers said the old clock stairway, in storage in the barn, was lost. This surprised readers, who knew the stairs were at Crofut Street. 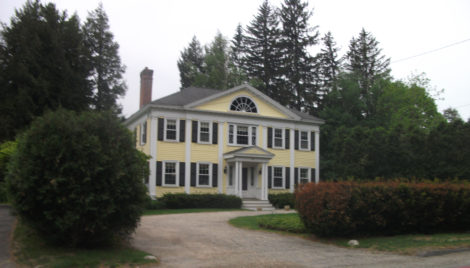 Maud Putnam wrote to the Berkshire Eagle: “It is quite true that Miss Harriet E. Plunkett has the beautiful old railing — some of it in place in the new home on Crofut Street which is a reproduction. But not all of it.

“It was too difficult to remove and rebuild the stairs into the new house and these were still in place when the Longfellow House was demolished together with a portion of the railing, and these were among the Putnam antiques. [That is, fixtures Putnam salvaged and sold.]

“The original front door may have been taken out, but there was a marvelous front door there at the time of the demolition — in place — which had every evidence of having been there for many years.

“Also there were mantels as well as a fireplace header taken from the dining room on which the inscription in old letters — ‘Old tavern’ — paneling in this room as well as the black walnut doors from the different rooms with their frames and trim; the doors with the old silver knobs.

“Many sets there were, too, of the little old-fashioned inside shutters, some of which were sold and are in place at the sanctuary in Lenox.

“Miss Mary Parsons purchased the old hanging crane with its original pot-hooks which was discovered when the kitchen fireplace was set up.

“The two black walnut bookcases were purchased by Mr. Levy at Morningside.”

Paneling from one of the rooms ended up in a house in Allendale.

Miss Plunkett was no longer alive to challenge Mrs. Putnam’s account, but Caroline Cushing, of the woolen family, and Henry M. Seaver, architect of the replica house, insisted the Longfellow stairs were in fact fully incorporated into the Crofut Street house, along with other fixtures.

The clock, by the way, was removed years by an Appleton heir and in 1966 was known to be in New York City. 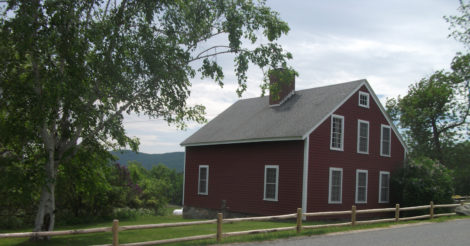 The Little Red Cottage above Stockbridge Bowl where Nathaniel Hawthorne’s family lived was replicated by the National Federation of Music Clubs in 1947. Photo: Bernard Drew

There’s another Longfellow House replica in the county, on West Avenue, Great Barrington, built in 1896 for cotton exporter Frederick A. Savile of New Orleans. He hired Pittsfield architect Joseph McA. Vance to design it, based on Craigie Mansion on Brattle Street, better known as the Longfellow House in Cambridge, now a national historic site. Savile died the same year the Great Barrington house was built. His widow sold it in 1902 to Clark T. and M. Eloise Durant.

There’s a recreation of the Little Red Cottage in Stockbridge where Nathaniel and Sophia Hawthorne lived for a couple of years on the north slope above Lake Mahkeenac, across from the present Tanglewood. It was 1849. Son Julian was at a playful age, and daughter Rose arrived in 1851 to increase the family. 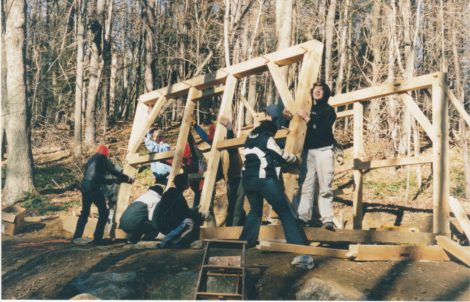 Henry David Thoreau trekked to the top of Mount Greylock in 1844 and down to Pittsfield and beyond, a season before he built a cabin near the shore of Walden Pond in Concord. The cabin is long gone, last seen protecting chickens at a neighboring farm. There is a replica at the Walden national park. If fact, there are replicas all over, including in the woods behind Berkshire School in Sheffield, built by students under teacher Hilary Russell’s direction in 2003.

I’ve walked or driven by the first three fake homes described, and witnessed construction of the last as posts were being erected. None of these houses is open to the public.

Bernard Drew’s new History Press book, Literary Luminaries of the Berkshires: From Herman Melville to Patricia Highsmith, will be launched with a free public program at the Berkshire Athenaeum in Pittsfield on July 23 at 6 p.m. The book is on sale now at area bookstores and gift shops.