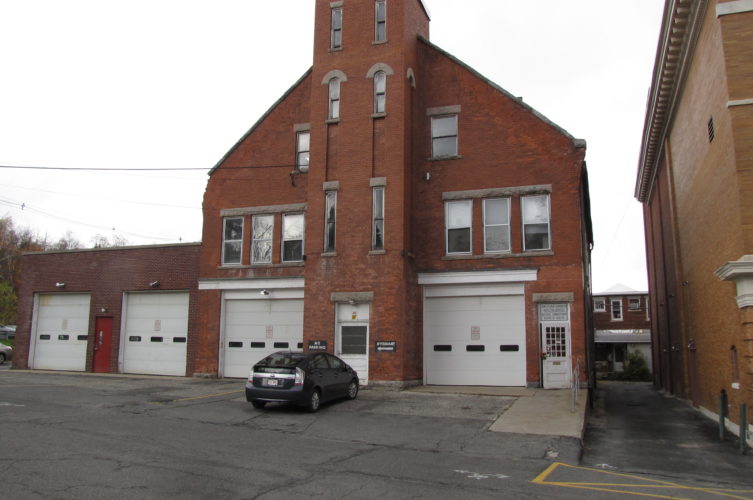 Great Barrington — Evictions are usually an unwelcome affair. But in the case of the Town and its rental of space in the former firehouse on Castle Street – the very firehouse the town once owned — an eviction may solve several problems in one shot.

Because the town seemingly had nowhere else to put the offices of the building and health inspectors that occupy the second floor of the firehouse, the town agreed to rent space for the inspection services for $2,500 per month from the firehouse’s new owner, Thomas Borshoff, who had finally agreed to purchase the historic structure after two years of tortured negotiations. He paid $50,000.

Now, Borshoff may ask the Town to vacate the building by fall with a 120-day notice, according to Town Manager Jennifer Tabakin, who notified the Selectboard and Finance Committee at Wednesday night’s (March 11) budget meeting.

Tabakin said Borshoff was “vague” in his letter to her, though “on the phone verbally…he wouldn’t put it in writing…but he said he wanted to get us out by the fall.”

“It’s pretty weak language,” said Selectboard member Sean Stanton, after Tabakin read the letter, which left question marks drifting through the meeting. Tabakin said she would clarify with Borshoff what exactly he meant. An eviction notice, she said later, by phone, will give the town “flexibility.”

“I want to get out of the firehouse so the firehouse can be developed,” she said. “If there’s an ability to get a tenant in there, it’s good for the project and for the activities of the town.”

Borshoff’s letter was intended, Tabakin noted, to give her plenty of notice to find other arrangements for the overflow of Department of Public Works (DPW) equipment now stored there to protect it from the elements, and for the offices of both the building and health inspectors.

The letter reminded the Town of its contract with Borshoff, which specifies that in year two of the 5-year lease, the landlord can ask the tenant to leave. The work on the exterior, roof and alley side of the building soon to be embarked upon, Borshoff wrote, may entice interested buyers by generating “enthusiasm and excitement.”

“It was just a reminder,” Borshoff said by phone. “As a courtesy, I wanted to remind the town for their planning purposes. It is nothing more than that.”

The town sold the firehouse to Borshoff and his company, 20 Castle Street LLC, for $50,000, and the town agreed to reimburse up to $270,000 for environmental cleanup costs — mostly asbestos remediation. Borshoff’s original plan for the firehouse was to turn it into a culinary vocational school with a restaurant and outdoor café on the west side.

The 115-year-old firehouse is one of a number of historic buildings in town that slipped off the tax rolls and had begun to degenerate for lack of ownership and care when new, code compliant buildings replaced them. The Town has worked to try to get such buildings back on the tax rolls, and relieve itself of beautiful but hulking structures that are rife with money-burning environmental problems and growing decay.

The firehouse closed in 2009 when the new fire station was built on State Road, and negotiations to sell the building dragged on with delay after delay due to environmental studies and concerns from neighboring businesses about parking and truck access.

The town is now in the second year of its lease, and is storing around 12 to 14 pieces of DPW equipment in the unheated building at a time, rotating it by season, said DPW Director Joe Sokul, who added that it is “tight storage.” The DPW’s main garage is on East Street across from the Great Barrington Fire District Water Company, where the DPW stored equipment before the Fire District was built.

And here lies the twist: The town is asking for a new $210,000 DPW highway storage building — a pole barn kit — in its 2016 capital improvement request plan. It is something that has been proposed for years, according to Sokul, for lack of adequate storage.

Stanton was aggravated by the idea of building it while still paying rent and utilities to Borshoff, and worried it wouldn’t go over well at Town Meeting on May 4.

“It’s asking for something that we already have,” Stanton said.

Tabakin said protecting the Town’s equipment was critical, and while Stanton agreed, he was still worried about double paying. “We’re saying we’re going to build this building even if we have to keep paying rent.”

Chair Deborah Phillips suggested that if upon eviction, the savings in rent and utilities could be put towards the new pole barn. She asked Stanton if he would support building it if there was a firm eviction date.

“Yes, absolutely,” Stanton said. “If [Borshoff] said I want you out by September, I’d say let’s do the pole barn right now.”

Selectboard member Stephen Bannon proposed a compromise for the Town Meeting floor. While he said he was “in favor” of the new storage facility either way, he suggested an amendment that says “we won’t borrow any money until we get the eviction notice.” Stanton agreed that this made sense.

Tabakin said she would speak to Borshoff again to try to clarify and possibly get an eviction date in writing, and Town accountant Lauren Sartori said she would run the situation by Town counsel, to determine the best way forward to Town Meeting.