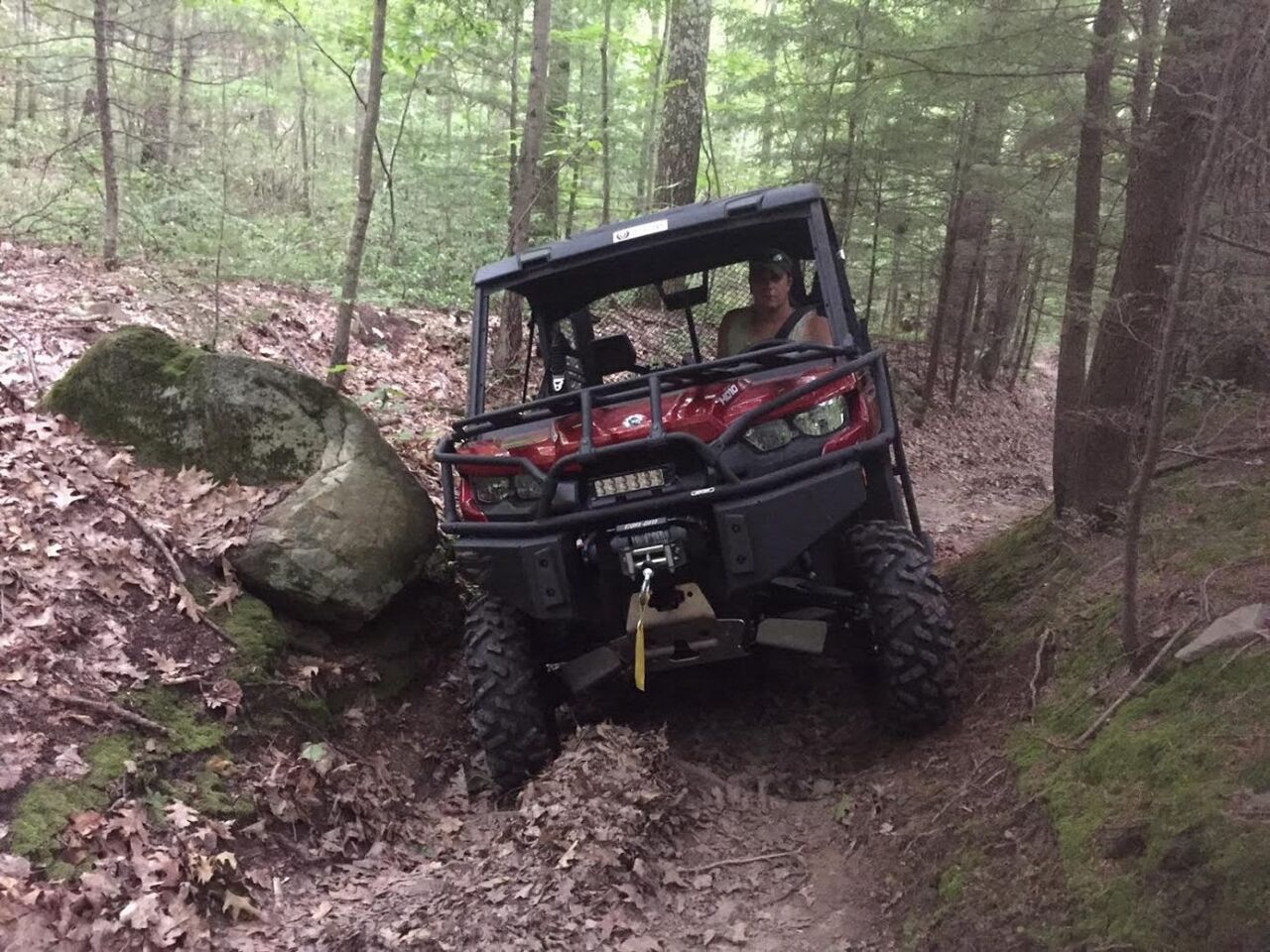 First responders were able to use GPS to track her location, which they determined to be a few thousand feet off Indian Mountain Trail, or about a mile and a half into the woods from the Route 7 parking lot.

Burger said medics assessed and stabilized her injury before she was loaded into the UTV and transported to the parking lot. SBVAS then transported her to an area hospital in stable condition.

In total, 30 rescue personnel responded to the scene, Burger said, including the Sheffield Fire Department, which stood by with additional all-terrain vehicles. All units were cleared from the scene shortly after 10 p.m.

“We were prepared for this situation to go a number of ways, but thankfully it was resolved quickly and successfully,” Burger said. “Typically, rescues on the mountain take three or more hours and involve a lot of hiking and rigging of rope rescue systems. Also, given the time of night that this incident occurred, darkness would have greatly complicated matters if it weren’t for the UTV.”

The Great Barrington Firefighters Association recently purchased the rescue UTV, which, Burger said, has proven to be an asset to the department in its efforts to quickly and safely transport injured people. Wednesday night’s incident is the second time this year the UTV was used on a search-and-rescue incident.

“We raised the money for it and purchased it ourselves,” Burger told the Edge. Asked who donated the money, Burger said the funds came from individuals. “We have generous donors. They prefer to remain anonymous.”

After identifying the serious need for the equipment, the association raised $21,000 to make the purchase at no cost to Great Barrington taxpayers. It is fully outfitted with skid plates, a roll cage, scene lighting and a rescue body for carrying a patient and equipment. In a situation like Wednesday night’s, firefighters previously had to hike in the whole way and carry the patient out on stretcher.

“The UTV enables us to operate a lot more safely and efficiently,” Burger explained.

Burger thanked those who supported the department’s fundraising efforts, along with Lt. A.J. Anderson and firefighter Chris Laramee, who put in most of the work for the design and purchase of the unit.

Burger said he did not know the name of the victim but she was part of a group from the Student Conservation Association, an environmental education organization whose members had been camping in the area and clearing trails on Monument Mountain and Flag Rock.