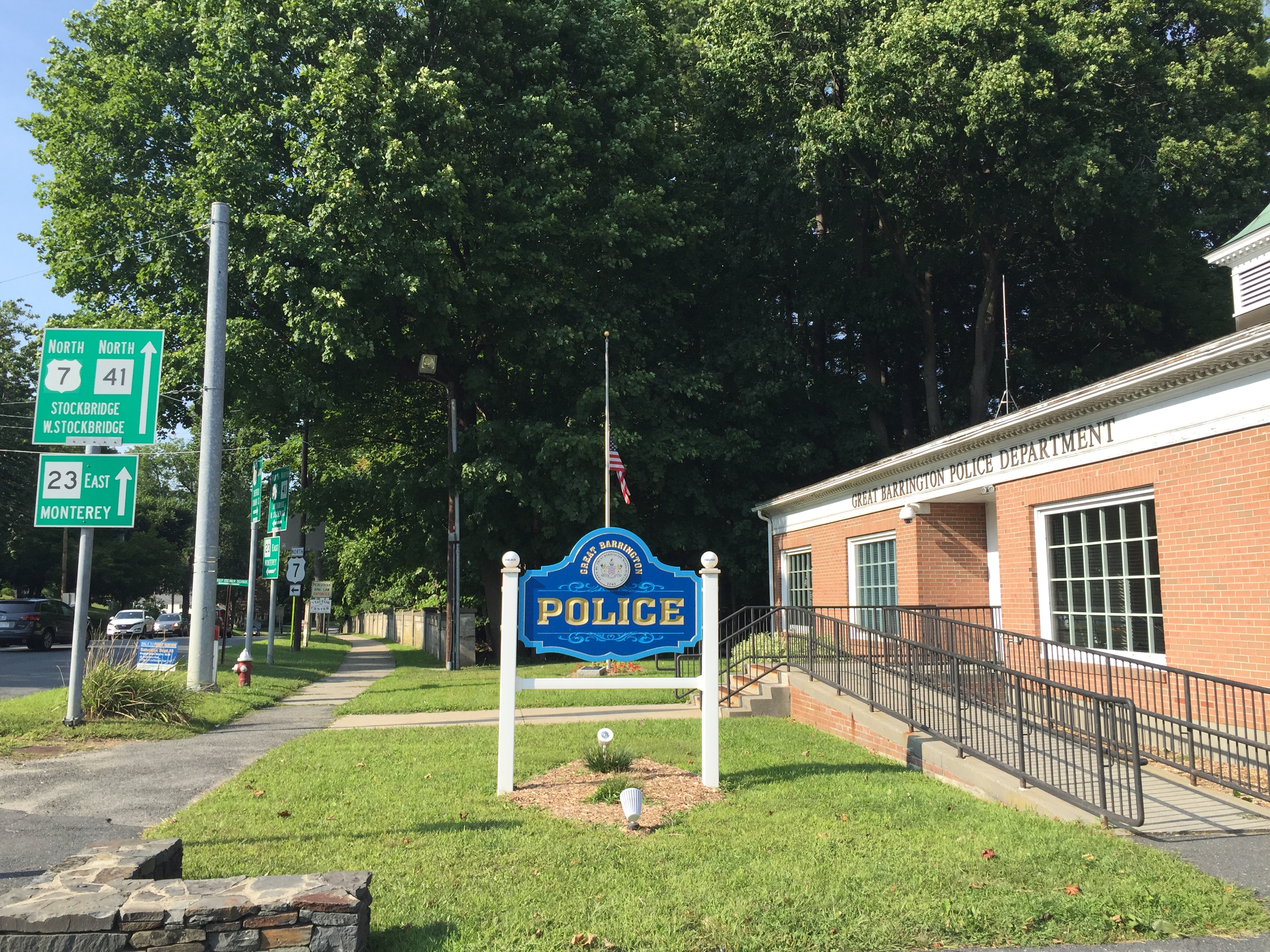 Great Barrington — Several sources close to members of both the Great Barrington (GBPD) and Sheffield Police Departments (SPD) have told the Edge in a face-to-face interview that the partying habits — especially the drinking and driving habits — of some Great Barrington officers are out of control. The sources say they were relieved to learn that Sheffield officer Brennan Polidoro logged his stop of GBPD off-duty officer Daniel Bartini, and they see Polidoro’s action as a courageous stand against this behavior.

The sources, who requested anonymity for fear of reprisals and initially communicated with the Edge via encrypted emails and anonymous phone calls, said it would have been unlikely for Polidoro, faced with the prospect of arresting another police officer, to make such a decision on his own.

Bartini’s subsequent release spared him the usual procedure of taking a breathalyzer and field sobriety test, which might have led to his arrest.

The incident came not long after Bartini, according to GBPD logs, made an early August arrest for drunk driving at Cumberland Farms on Main Street, the only OUI arrest at GBPD since the beginning of the month.

The sources said they had also sent encrypted emails to GBPD Chief William Walsh and Town Manager Jennifer Tabakin documenting a pattern of excessive and frequent drinking — often followed by driving — that they say has other officers horrified and embarrassed for the department, and which those other officers feel is undermining their work and role in the community. Neither Walsh nor Tabakin have responded to those emails.

“If it was not for the tragic loss of Officer Ryan Storti several months ago, we would probably still be sidelined and just watching the very same behavior that ended Ryan’s life continue,” one email to the Edge said. “We would watch, we most certainly would pass judgment, we would form opinions, we would be curious…as to why policemen deem it ok, and even more so, HOW they deem it socially acceptable, to consume alcohol in the public eye at bars, restaurants, the VFW, events, etc., and then get behind the wheel of their cars and drive off.

“Senior Officers and a Sergeant were participating in the events leading up to the incident …allowed it to transpire. And most importantly that ranking members and senior officers allowed [Bartini] to drive…”

Bartini was stopped last Saturday at around 1:35 a.m. after Polidoro saw his northbound car “straddling” the center line and making other erratic moves in Sheffield on Route 7.

The stop was initiated in Sheffield “before Berkshire GMC,” according to the log, and Bartini’s car “failed to come to a complete stop until in GB in front of Route 7 Grill.”

In the log Polidoro reported that Bartini’s eyes were “bloodshot” and his speech impaired, and said that both Bartini and his passenger were “intoxicated.”

The log says Polidoro notified Munson and Kryziak, and subsequently, “Bartini was advised to call for a ride.”

According to the log, Bartini then called friend and fellow officer Timothy Ullrich, who sources say was on duty. The log says that Ullrich came and picked up Bartini and his passenger and drove them home. Bartini left his car in the former Route 7 Grill parking lot.

“Brennan [Polidoro] is getting hammered for filing the report,” one source said. “He was trying to take a stand with that.”

Newspaper and Facebook comment feeds have criticized Polidoro over continuing news reports that make it appear he made the decision to allow Bartini to slide out of “professional courtesy,” a source said.

And sources question why officers with higher rank from either department did not come out to this motor vehicle stop.

“Polidoro is being crucified,” said another source. “This kid stops this guy and is getting destroyed in the media.”

Sources told the Edge the evening began Friday, August 19, after Bartini and handful of GPBD officers — including one ranking officer — went to the Egremont Country Club for a golf tournament fundraiser for the Sheffield Volunteer Fire Department. Sources say some then moved on to the VFW, and some left for another officer’s house in Ashley Falls, where the partying continued.

In the log Polidoro wrote that Bartini told him he was “coming from a residence in Ashley Falls,” and that he “had a couple of beers.”

Even a post-funeral gathering at the VFW for Officer Ryan Storti, who last May died when he crashed into a tree after leaving the Olde Heritage Tavern in Lenox, saw plenty of drinking among officers, the sources say.

“The drinking and driving is insane,” one source said, adding that other officers feel they are all being tarnished by this “unlawful behavior.”

The sources said some of this partying is flaunted on social media, as well, and that this behavior by the participants is well known in the community. “Word travels fast, very fast,” the sources wrote in an email.

Both the GBPD, SPD, and the towns of Great Barrington and Sheffield are no longer making comments after Munson, for instance, said in interviews with another newspaper immediately after the incident that what happened with Bartini is common practice.

In an email to the Edge, Town Manager Tabakin said: “At my direction, Chief Walsh is actively investigating the incident and will be issuing a full report, after which, I will review the facts and information and determine the appropriate administrative action.”

Tabakin further said the investigation process “reflects that it is being taken seriously by the Town, including the Selectboard, Town Manager and Police Chief.”

One source said both the drinking and driving, and the professional courtesy, “goes on [in police departments] countywide.”

It’s also a statewide problem. A 2014 Boston Globe article reported that in reviewing instances of off-duty police charged with drunk driving, the majority “kept their jobs, sometimes after a short suspension.”

The article also said the tally of those charged is probably low given the practice of professional courtesy. And in these cases, “Massachusetts police departments have launched internal reviews at least four times in the last three years after learning that an officer or former officer was accused of drunken driving but was not arrested.”

The double standard was evident in 2015 when Belchertown Police Chief Francis Fox was pulled over by a Granby officer for driving on the wrong side of the road. The Granby officer did not give Fox a breathalyzer test, nor was Fox arrested.

The sources all said they came forward both to support Polidoro for logging the incident and because of the hypocrisy on the part of officers doing what they arrest others for doing. They also said they are appalled at how damaging the problem is to the GBPD’s image.

“It’s just wrong all around,” said one.