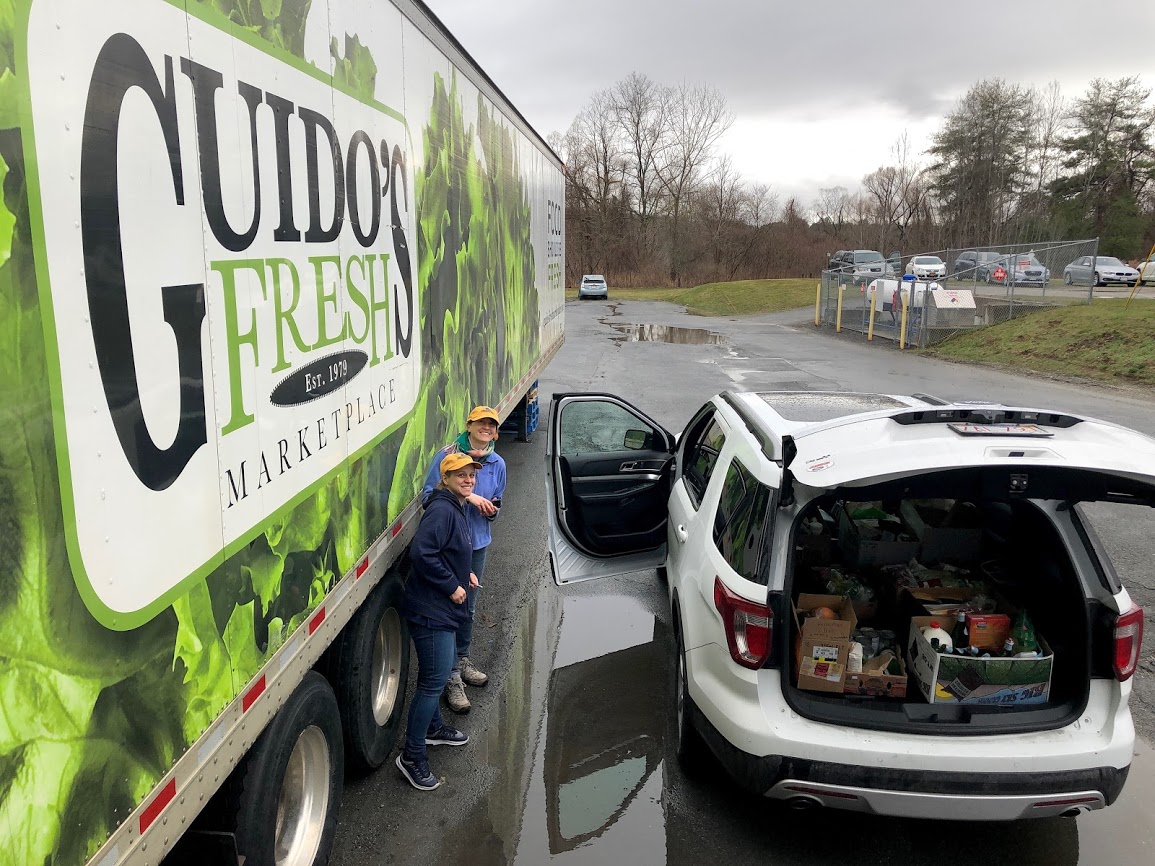 Great Barrington — The COVID-19 pandemic has hurled havoc on the world’s economy. Stay-at-home orders have caused commerce to grind to a near halt. Some businesses have closed, others are half-open and still others remain open but have modified their operations

Some are doing even better during the pandemic than they would have under normal conditions. That’s where entrepreneur Kim Widener comes in. She had the good fortune of starting a grocery delivery service just before officials like Gov. Charlie Baker were banning large gatherings and telling people to stay in their homes unless they absolutely had to leave.

Widener had already started a delivery business, the Berkshire Valet, and last year launched its MealGopher unit, which delivered meals from area restaurants, via a mobile app, to boarding school students in Berkshire County and Litchfield County, Connecticut.

Meanwhile, she had been hard at work developing the concept for grocery delivery as a way of expanding her business and was going to launch last fall, but technical glitches caused her to delay. Widener then tested it with family and friends, and by the beginning of March, Berkshire Valet’s “Guido’s Shopping” unit was ready to launch.

“By that time, I knew it would work, so I just put it out there,” Widener said in a recent interview.

The first deliveries from Guido’s Fresh Marketplace, the upscale food market in Great Barrington, were made Monday, March 16, barely a week before Baker issued an emergency order requiring all businesses and organizations that do not provide “COVID-19 Essential Services” to close their physical workplaces and facilities to workers, customers and the public from noon Tuesday, March 24, until noon Tuesday, April 7 (it has since been extended to at least Monday, May 4).

Widener insists she had no idea the pandemic would cause a surge in demand for her new service. Rather, she thought the grocery delivery business would work even in the best of times. Meanwhile, her MealGopher business had dried up because the prep school students were essentially told by school administrators not to return to campus after spring break because of the pandemic.

“It was born out of the idea that people want their stuff delivered as they do in less rural locations,” Widener said of her Guido’s delivery service. Widener was quick to add that Guido’s also launched its own pre-order and curbside pick-up service, though the two don’t really compete because the same groceries are being sold.

Widener said she was surprised at the early demand for the service. She wasn’t sure how many orders she and her assistant, Lindsey Stone, who was also with her at MealGopher, could handle in one day. Guido’s lets Widener and Stone in the store at 10 a.m., and closing time is at 6 p.m. For the time being, Guido’s is closed on Sundays.

The orders started to pour in. One day Widener and Stone tried to fill more than 30 but that proved impossible. Now they cut the orders off at about 20. The rest are rolled over to the next day.

“We had $700 orders coming from people and they kind of clog up the system, so it just slows down everything from the shopping to the delivery,” Widener explained. She would rather customers shop smaller but more often. Nevertheless, she is hiring a couple of more people so that she can spend more time on the back end of the business.

Most of Widener’s customers are from the New York City area, which is a hotspot for COVID-19 cases. Most are in the Berkshires and Litchfield Hills only on the weekends. But with the pandemic, that has changed tremendously. Many have moved up here full-time to ride out the virus and shelter at home.

Local realtors say other desperate New Yorkers without second homes here have rented houses, some sight-unseen. That has led to apprehension among the natives, who see the New Yorkers as perhaps bringing the virus with them and putting the full-time population at risk.

As far as Widener is concerned, it is safer for these New Yorkers to order from her service than going to the store themselves. And her service reduces the number of customers in stores.

“We’re keeping 20 New Yorkers out of the grocery store each day,” she added.

Widener noted that no one really knows who has the virus, in part because testing isn’t yet widely available. But she is not sick and neither is anyone on her staff.

“I would love to be tested, even though I know I’m not sick,” Widener explained. “I would love to test my workers every week, but we don’t have that availability and people still need groceries. We’re sanitizing as best we can and that’s all we can do.”

However, starting today, Monday, April 6, Widener’s staff will cover their faces when in the store, as recommended by the U.S Centers for Diseases Control and Prevention.

“We don’t wear gloves, but we do use Berkshire Mountain sanitizer,” she said referring to Sheffield’s Berkshire Mountain Distillers, which took advantage of a recent change in federal law allowing licensed distilleries to manufacture and sell hand sanitizer. “And I have a big jug of rinseless soap in my car.”

Widener lived most of her adult life in New Jersey but, after a divorce, she moved to New York City and her youngest son went off to Indian Mountain School in Lakeville, Connecticut, where Widener eventually wound up moving herself.

At Guido’s, she has noticed only one item that is often scarce in the rush of pandemic panic-buying: flour.

“It’s something you can do well when you’re forced to be at home: bake.”

Widener says she has over 200 customers and, as of Sunday, had done nearly 300 deliveries. In addition to shoppers, Berkshire Valet has several drivers

Customers may register at the Guido’s Shopping page on the Berkshire Valet site and place their orders online. Deliveries are made only to addresses within a 30-minute drive from Guido’s at 760 South Main St. in Great Barrington. A list of FAQs can be found here.