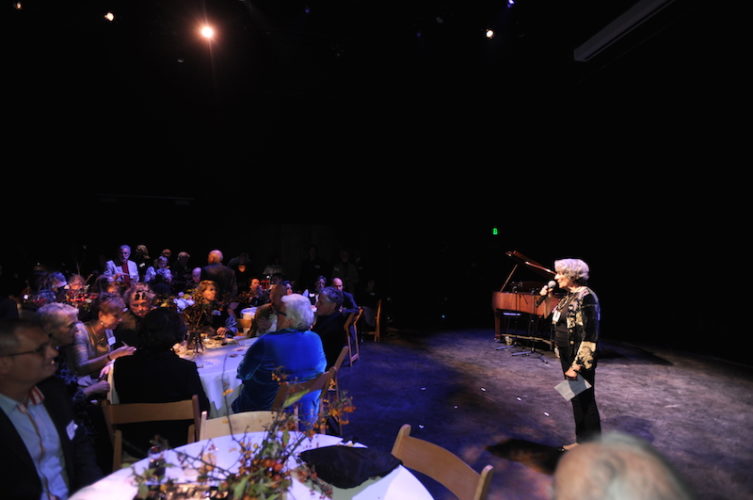 Judy Grunberg is gone, slipped away into the cluster of stars of which she was one. For me, this is a tragedy of the first order. She was one of those rare individuals who makes such a difference that you just don’t know how you can go on without her.

Since many of you may not know who she is, let me tell you a little. Judy lived in Valatie, N.Y., but she was the heart and soul of Chatham. You would not want to catalogue the people and organizations that this woman helped, including many in the Berkshires. When it appeared that Chatham would be without a good restaurant, she bought a business and turned it into the Blue Plate. I always teased her and said that it was a “social work” restaurant. One time she complained that her accountant gave her some bad news: the restaurant was actually making money that year. She was hand- on in this enterprise as she was with everything she touched, like the wonderful PS (Performance Space) 21 which she poured her heart and soul into.

She had some money and she believed that her money was meant to do good. She and her extraordinary husband, Paul, made an early investment (his brilliant advice) in Jackson Hewitt. She was on the WAMC Board of Trustees, perhaps the only board member with really great resources. I knew her for years and we were very lucky to get her. At least one other radio station tried to get her on their far better resourced board but she said no. When I asked this lady of principle and the arts why she turned them down, she said that she didn’t think that they were adventurous enough in the music they played.

In every WAMC fund drive, there would be a check that would provide the impetus for the drive. She would never allow me to use her name so we would always say “a wonderful friend in Chatham.” Of course, everyone knew who it had to be. Who else could it be?

She and I sort of looked alike, so we began to call each other “Sis” and “Bro.” It wasn’t long before we really got into it to the point that people were constantly walking up to us and asking if we really were sister and brother. We would always say, “Just look at us. How could you not know that we were related?”

She went to the very prestigious Dalton School in Manhattan and I was always on her about that, reminding her that my high school-college band, “The Sat-Lights, for music out of this world” played some Dalton dances. That was as close to Dalton as the Chartock twins were going to get.

She had guts. When she was advancing her idea of PS 21, a few curmudgeons gave her a hard time, but this woman of peace had moxie and she prevailed. But that is not the side of her that we will remember. It was her friend Debbie Lans who put it best, “She has passed only in body. Her spirit will always be present – dancing and imagining the beautiful and better.” She sure loved to dance. When we think of her, we will see her twirling across the floor.

In the end, Judy was a wise as well as a generous woman. I always think of something she said. Once in a while, someone say to her that I was too much of a presence at WAMC. “What will the station do after he dies?” Her response: “We’ll get someone else.” Brilliant. You know what? We will never get someone else to replace Judy Grunberg. Never. 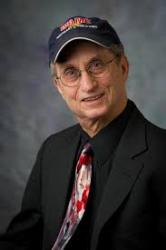