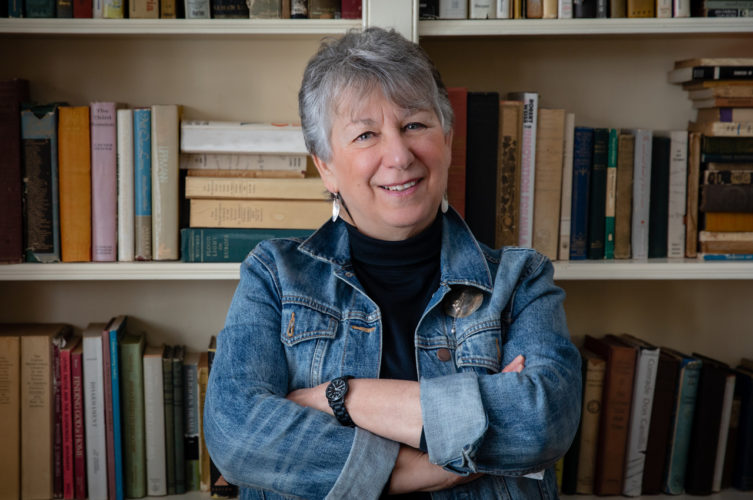 Monterey — Phyllis Vine first broke the silence surrounding individuals living with mental illnesses (and the families caring for and about them) in her landmark 1982 book “Families in Pain.” In the ensuing four decades, Vine has kept a keen eye on the grossly underserved and misunderstood mental health community—as evidenced by the sweeping, singular history of activist movements in said space, as chronicled in her newly released book, “Fighting for Recovery: An Activists’ History of Mental Health Reform” (Beacon Press). In an auspicious bout of timing—as Monday, October 10 marks World Mental Health Day—the author will speak on the evening of Friday, October 14 at 7 p.m. at Gould Farm; registration and livestream link are available here.

Vine’s book hinges on how to build on the important work of individuals within the mental health community to benefit the many Americans whose lives have been touched by a diagnosis of mental illness; her many hats—from historian and mental health activist to Chair of the Board at Gould Farm—converge in both the researching and telling of this tale.

“Recovery may have revolutionized ideas about how best to assist people with mental illness with transformed services, but the idea is only the beginning,” writes Vine. “And there’s been push back because not all have agreed with recommendations about solutions. What they agreed on is how the current mental health system is a shamble. Of the 10.4 million adults with serious mental illness in 2016, only 65 percent received mental health services. As many as 2/3 of those experiencing a psychotic disturbance waited six months or longer for treatment services. Suicide, the tenth leading cause of death overall, is the leading cause of death for people between the ages of 10 and 34. These are not recovery-oriented practices. Not even close.”

Through interviews with the main players, archival research, and original reporting, Vine profiles the individuals and organizations fighting a war of medical and popular opinion from the middle of the 20th century through the early 21st. The activists Vine describes fought for the acknowledgement that people with mental illnesses are individuals with a right to participate in their own course of care; to make recovery an accepted goal in a culture that considered people with mental illnesses permanently “sick” with no hope of attaining a “normal” life; and to reduce the stigma especially because these diagnoses are often imprecise, outdated, and biased—principles that, over time, have infused demands for treatments promoting recovery.

Throughout her book, Vine introduces readers to a wide array of colorful and complicated players: Howie the Harp, a New York City- and Oakland-based activist who escaped from an institution when he was a teenager and co-founded the Mental Patient’s Liberation Front; Judi Chamberlain, a feminist involuntarily hospitalized at mental institutions who made popular the rallying cry “Nothing About Us Without Us”; parent activist Dan Weisburd, who campaigned for reform in California and spearheaded the creation of the treatment program The Village in Long Beach; Laurie Flynn, the successful and energetic leader of the National Alliance on Mental Illness (NAMI); and Philadelphian Paul Del Vecchio, a vigorous proponent of peer services who became the first consumer working for the federal Center for Mental Health Services, eventually rising to become director at Substance Abuse and Mental Health Services.

In the Berkshires, Gould Farm is a shining example of the potential for recovery that lies at the intersection of community living, meaningful work, and clinical care. Founded in 1913, Gould Farm is the first residential therapeutic community in the nation dedicated to helping adults with mental health and related challenges move toward recovery and independence through their hands-on, working farm model. Beyond the 413, World Mental Health Day marks an international day for global mental health education, awareness, and advocacy against social stigma. It was first celebrated in 1992 at the initiative of the World Federation for Mental Health, a global mental health organization with members and contacts in more than 150 countries. Today, the overall objective remains to raise awareness of and mobilize efforts in support of mental health issues around the world while providing an opportunity for all stakeholders working on mental health issues to talk about their work, and what more needs to be done to make mental health care a reality for people worldwide.

Today, the fact that people with mental health issues can strive for recovery, have jobs, live independently, and decide whether they should take medication or undergo other therapies is due to the activists and organizations Vine writes about. That said, she underscores a sobering fact: These options are not available to everyone. People of color and those without financial means are often locked out of accessing the programs that actually work, and suffer for it, either in jails, on the streets, or in the remaining institutional settings that exist across the U.S. Vine ends the book with a call to action: that we use the knowledge we have to dismantle programs built on flawed and outdated assumptions, and provide services where none exist.

NOTE: Phyllis Vine is an unequivocal pioneer in the world of mental health. She penned the first book to discuss family relationships among those struggling with mental illness. Between 2007-2012, Vine edited MIWatch.org to aggregate news about mental illness. She is currently the President of the Board of Directors of Gould Farm, the oldest farm-based residential treatment program for people with mental illness in the U.S. A former history professor at Sarah Lawrence College, she is also the author of “One Man’s Castle: Clarence Darrow in Defense of the American Dream” (2004). Read more at her website.