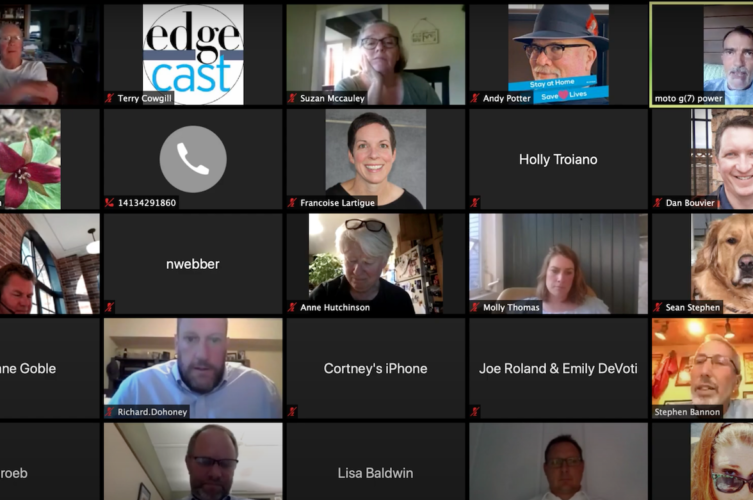 By a vote of 8-1 on a motion made by Anne Hutchinson of Great Barrington, the committee decided to open the school year Monday, Sept. 14, with fully remote learning, with highest-needs students receiving full in-person instruction two weeks later and all pupils enrolled in a hybrid model beginning Monday, Oct. 5. The school committee’s joint health and wellness committee will evaluate data Monday, Sept. 21, and Monday, Sept. 28, and recommend changes, if necessary.

Last month, Superintendent Peter Dillon had initially proposed starting the year with a hybrid model that offered remote learning combined with a physically distanced on-campus program in which no more than half the students would be in the schools on any given day.

But Dillon and the school committee subsequently faced aggressive pushback from the Berkshire Hills Education Association, the union that represents the district’s teachers, arguing that starting the year with fully in-person learning would present unacceptable health risks. The following week, Dillon proposed opening the school year with a remote-only model until conditions warranted a change.

After Hutchinson’s motion, which appeared to have been scripted sometime earlier, a lengthy discussion ensued in which battle lines were clearly drawn. About a dozen parents spoke, almost all of them in favor of a return to full in-person learning. Several teachers, some of whom are also parents of students in the district, argued against face-to-face learning.

“My job as a teacher is primarily to teach and I just don’t feel that, frankly, I’m ready … I’ll be teaching on a platform that I haven’t been trained on yet,” said Neel Webber, who teaches art at Monument Mountain Regional High School. “It’s dangerous and I think it would affect my ability to teach well by just jumping in as a hybrid on Sept. 14.”

“At this point, we are not ready,” added Spanish teacher Dan Bouvier. “There are too many unanswered questions to be able to guarantee the safety of the children and faculty and staff that are working in the buildings.”

One teacher spoke in favor of opening fully in-person, though he conceded it might not make him popular with his colleagues.

“I might be a minority voice for some of the teachers, but several teachers, including myself, think the schools need to open, even in a hybrid fashion,” said fourth-grade teacher John Broderick.

“Students are hurting, families are hurting, we have an obligation,” Broderick continued. “Education is essential. Teachers are essential workers. There is a way to do it. The risk is extremely low for a virus with a 99 percent survival rate.”

Brian Grossman, who has three children at Monument Mountain Regional High School, complained of a lack of clarity from the school committee and the union, and lamented that distance learning would exacerbate “equity issues” such as inadequate broadband access and special-needs students, who do not respond well to remote learning.

Some wealthier parents, for example, have said that if Berkshire Hills reopens remotely, then they will send their children to private schools or hire tutors. Grossman also cited Berkshire County’s low coronavirus infection rate.

“Nowhere has the teachers’ union articulated any concrete plans or metrics about exactly when we are reopening,” Grossman said. “In fact, we’ve heard from them that one case of COVID is too many.”

Aria Grossman, a rising sophomore at Monument, added: “I think the mental health impact on students really has to be considered. The pandemic has been a really difficult time for many students, and we need the structure and social connection that school provides us now more than ever.”

Three parents who are also physicians spoke, including Rebecca Caine, a general practitioner at Berkshire Medical Center in Pittsfield. Caine suggested the school reopen with in-person learning but that students, faculty and staff take a pledge that they will not travel outside Berkshire County, as has been done for staff at Berkshire Health Systems. If they travel, they must self-quarantine for 14 days upon return.

“If you choose to travel for whatever reason, you are not allowed back in the school buildings for two weeks, whether you’re a student or a parent or a custodian,” Caine said. “As long as no one is traveling, [the risk] is extremely low.”

School committee member Jason St. Peter of Stockbridge said in his five years on the committee he has never received as much feedback from constituents on any issue as he has on the reopening plans. He also noted that Berkshire County has one of the lowest infection rates in Massachusetts.

The state Department of Public Health recently released a color-coded map clarifying COVID infections by town. Red indicates the highest infection rate, with white being the lowest. Pittsfield is the only community on the map in Berkshire County that isn’t colored white.

Pittsfield is colored green, which, at fewer than four cases per 100,000, is the second lowest designation on the map. According to the new voluntary guidelines, green and white districts are to return to school using a more traditional in-person model (or hybrid, with extenuating circumstances). See below:

“Just looking purely at the numbers and taking the emotion out of it … I really don’t see a reason why we shouldn’t be starting on the 14th,” St. Peter said.

“I just think it’s a disservice to the children and I’m really worried,” St. Peter continued. “This is the part of the year when kids are making connections with the teachers. I’m really worried that this could be a completely lost year if we have to go fully remote without those connections being made, so I’m very concerned about this.”

“I want to bring the kids back as soon as possible, get them into the building,” said Lee, a former superintendent in Lenox. “My biggest concern is our inability … for them to get any sort of meaningful learning out of the fully remote learning experience. We can try our best and some students will make gains, but in no way is it a replacement for face-to-face learning.”

With that, the committee voted to approve the compromise plan, with St. Peter voting against it and Daniel Weston of Stockbridge abstaining.

Both Dillon and Berkshire Hills school committee Chairman Steve Bannon praised Weston and thanked him for his service. The Stockbridge Board of Selectmen and the two other Stockbridge representatives on the school committee will appoint someone to serve the remainder of Weston’s term, which ends in 2022.