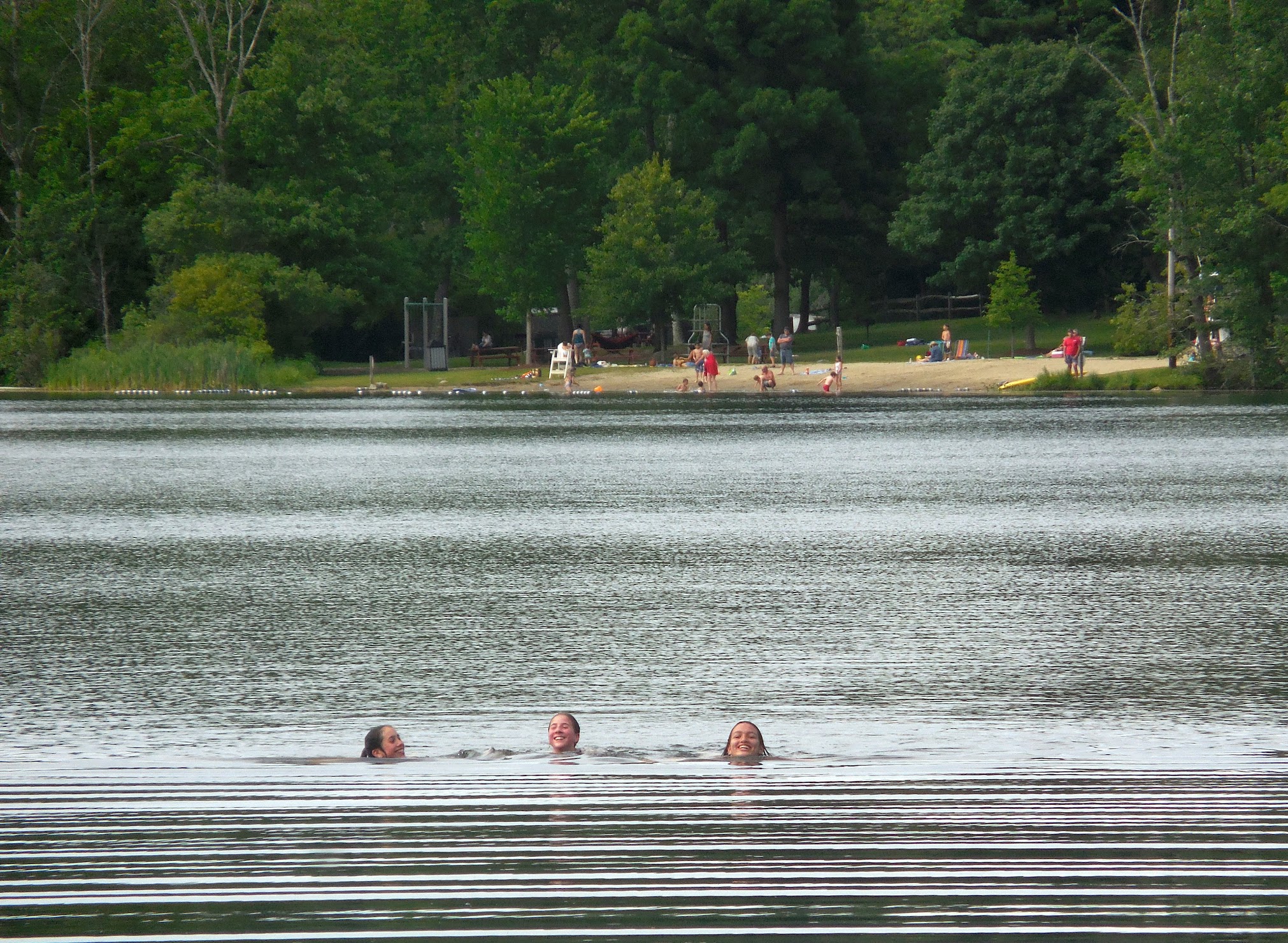 Great Barrington — In deciding once and for all what to do about Lake Mansfield Road, one word surfaced repeatedly: constraints.

With those limitations in mind, along with the acknowledgement that doing nothing wasn’t an option, the board voted 4–1 to close Lake Mansfield Road to vehicular traffic, with limited exceptions for emergency vehicles, those needing entrance to a private residence off the road, and members coming and going from a pool club. The section of the road to be closed runs from the beach to the boat launch.

It is not yet clear when the closure will take effect. There is signage to manufacture and the operation will need to be coordinated with the town’s public works department and its head, Sean Van Deusen.

“There were constraints about what was possible in that space,” said Rembold, who had worked with the Lake Mansfield Improvement Task Force for years leading up to last night’s decision.

See video below of town planner Chris Rembold explaining the Lake Mansfield Improvement Task Force’s recommendation, with comments from the selectboard and members of the audience:

Lake Mansfield road connects Christian Hill Road to the north and the upscale “The Hill” neighborhood to the south. About 1,000 feet of the road between the town beach and boat launch at Knob Hill Road is in dreadful shape. Portions of that rough patch near Whale Rock are in danger of falling into the lake, with only a few feet of buffer between the road and the water—in some cases, even less.

Rembold did not cite cost estimates but has said in the past that much of it can be covered by grants, though any town funds would have to be approved by taxpayers at town meeting. A plan presented in 2016 to keep the road open for one-way traffic was pegged at $2.18 million.

The report the task force presented Monday night said that the preliminary cost estimate for an 18-foot-wide paved road “including subsurface reconstruction, proper drainage and stabilization of the lake edge is at least $1 million.”

“The more provisions that are made for recreational and environmental benefits (a wide vegetated buffer to filter run-off, a dedicated bike lane, for example), the more likely the town could secure grant funding to defray these costs,” the report reads. “In other words, the less the road is designed purely for cars, the more grant funds would be available.”

Rembold also emphasized that closing the road and making relatively minor repairs to keep it available for very light traffic and the occasional emergency vehicle was the least expensive option, even though the lakeshore would still need to be stabilized.

Keeping it open as a two-way road or as a one-way road—the task force named the latter as its second choice—would require more extensive work because of the added wear and tear of regular vehicular traffic.

The task force started its research roughly 10 years ago. Two years ago, members of the task force approached the selectboard and said keeping the road open for two-way traffic was unsustainable. The board asked them to go back to the drawing board.

“We did detailed engineering to see how much room there was to work with,” Rembold said. “There’s only about 18 feet you can work with.”

One resident who did not identify himself said his neighborhood has started a petition for preserving two-way traffic that contained more than 1,000 signatures. Others, including Christian Hill Road resident David Ryel, objected to the increased traffic the closure would cause in the affected neighborhoods.

Ryel also said the closure would hinder access to health care and add 500 cars to Main Street in order to access Christian Hill Road and the lake. Rembold later said Main Street carries 20,000 to 25,000 vehicles a day and that 500 more would “not be a significant amount of traffic.”

“I get it. Nobody wants traffic in their neighborhood,” Ryel said, evidently referring to the task force members who live in The Hill. “[The closure] infringes on the rights of others and it violates town bylaws by restricting access to health care.”

It was a reference to nearby Fairview Hospital, which is to the south of the lake and which also houses the Southern Berkshire Volunteer Ambulance Squad. However, task force member Dale Abrams threw cold water on that charge.

“At more than one point in the 10-year process, the emergency services were engaged in the process of evaluating whether a change to Lake Mansfield Road would negatively impact their ability to access people in a crisis,” Abrams explained. “Their answer was no, it would not.”

Even though it was the least expensive option available, Ryel questioned the need to spend the money. He suggested widening the road instead.

“Three hundred feet needs to be stabilized but are we really going to spend at least $1 million that the task force plan requires—and probably a whole lot more—to stabilize the length of a football field, especially considering the rest of road is in pretty decent shape and would only cost $50,000 to repave?”

Others, including Steve Farina, suggested a so-called “covered-bridge” solution, in which two-way traffic could be preserved by installing traffic lights at both ends and allowing vehicles to proceed each way, essentially by taking turns. Rembold, however, said the task force considered that option but did not embrace it because the waiting time for a 1,000-foot crossing would be excessive.

Newly elected selectboard member Leigh Davis said she liked the fact that closure was the least expensive option and that emergency services personnel feel it would not affect their ability to do their jobs.

“The selectboard asked the task force to come to a recommendation,” selectman Ed Abrahams added. “I feel like they’re the ones who did the hard work and research and unless we have a reason not to trust them, I’m inclined to trust them and go with the recommendation.”

On Davis’ motion, the board voted 4-1 to close the road. Chairman Steve Bannon said he preferred preserving one-way traffic.

Lake Mansfield is regarded as a gem in the heart of Great Barrington, and one of the few lakes in the state surrounded by neighborhoods and is relatively close to a downtown. The battered road carries an average of 500 vehicles a day. It serves not only the recreation area with a beach, parking lot and hiking trail, but is also used as a shortcut between one part of town and another. It can be treacherous to drive, as is walking and biking along it, particularly in the summer, when the population increases and the lake is used for swimming, picnicking and fishing.

At only 29 acres, Lake Mansfield is one of two in Great Barrington classified by the state as a “great pond,” which, in Massachusetts, is defined by statute as a pond or lake that is, in its natural state, at least 10 acres in size. The other great pond in town is Long Pond, which functions as a reservoir for the Housatonic section of Great Barrington.

According to Massachusetts General Law, all great ponds must be open for fishing and boating, including providing reasonable access to the pond, except for reservoirs. Rembold said, until the 1980s, Lake Mansfield was Great Barrington’s emergency water supply.