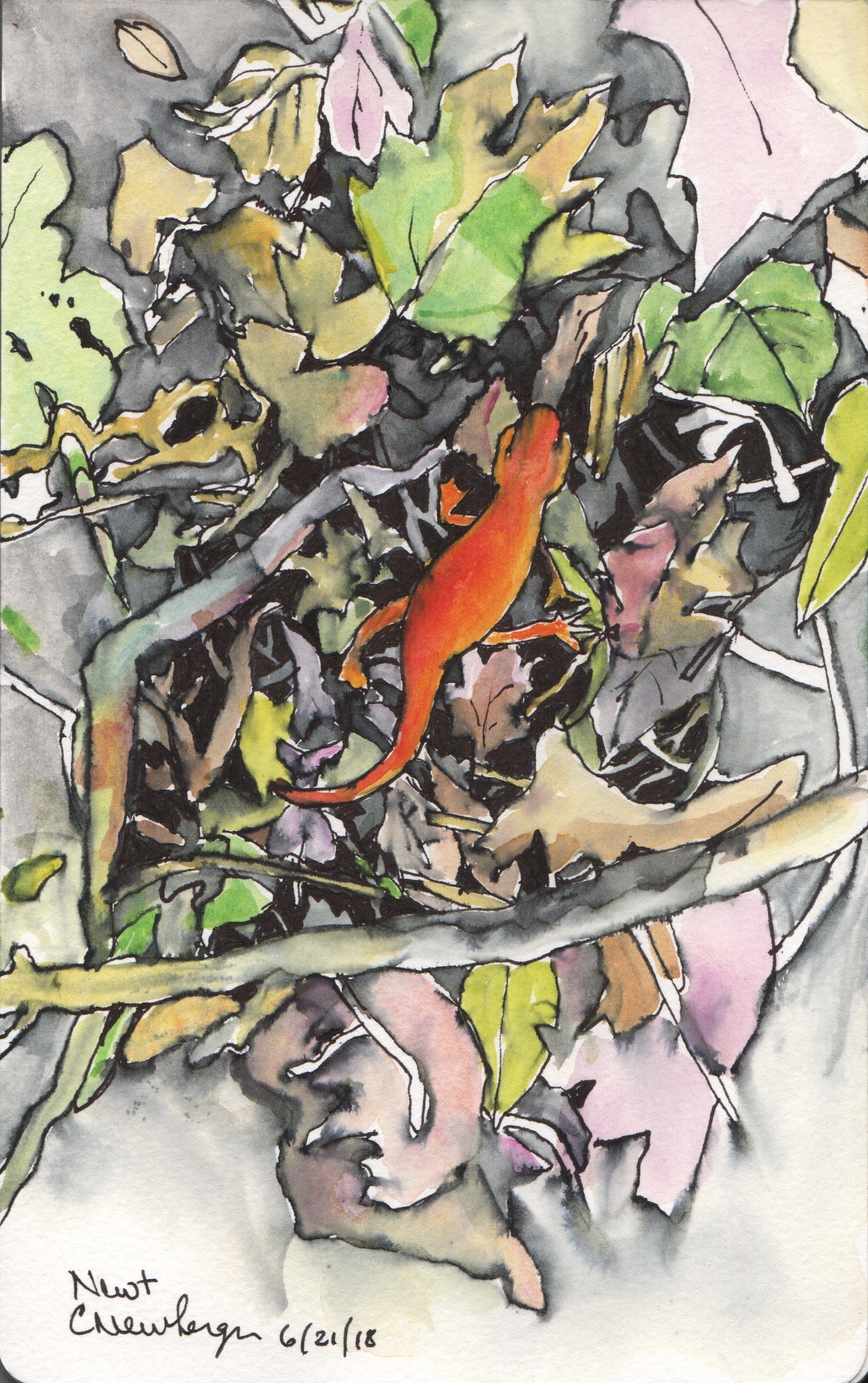 This is the ninth installment in a series. To read the previous installments, click here.

Today the red newts are on the move. On moist soil after thundering rain last night, the neon orange newts are pulsing and undulating their naked, 2-inch bodies on short, spindly legs across damp furrows on the cabin lawn, and across the sunken mud tracks of the forest path. Sometimes they are alone, sometimes in parties of two or three or four, slow motion intensity in miniature. I watch my step so that I don’t step on them.

Where are they coming from and where are they going with such urgency? How do they know where to go, so low to the ground they can hardly have a view into dangers above, below or around them, much less some presumed goal? The brook is hundreds and even thousands of feet away. It appears to me that they are urgently undulating from the same old one place to the same old another.

Sometimes the newts come out before the rain as though trying to get a head start on their journey. How do they know that rain will come? Are they like the coyotes, who we could hear yipping and howling last night in the charged air before the storm? I wonder: Does the coyotes’ fur stand on end before the storm?

Back on the path, Lily comes to sniff. The newts have neither camouflage nor speed, spines nor shelter against sniffing dogs. They just continue their deliberate pace. I try to shoo Lily away, but the good news is that Lily is far less interested in newts than in little rodents living in the recesses of tree roots and fallen logs. She sniffs, considers and trots off for more challenging pursuits.

I continue down the path, eyes on the ground in front of me, stepping to the right, then the left, making way for newts.